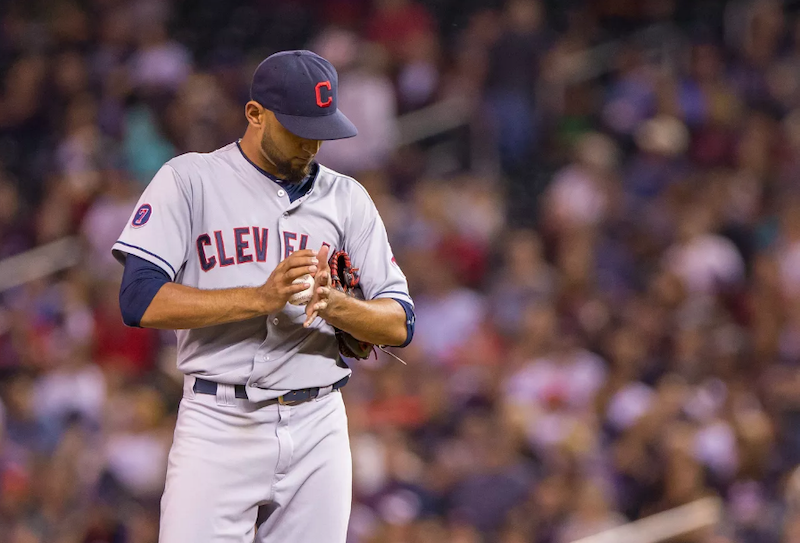 The city of Cleveland had been under a Charlie Brown cloud for decades. You know the one dark rain cloud in a clear blue sky? Senior citizens in northeast Ohio may remember the Browns winning three Super Bowls in the 1950s. Even more recall the 1964 Browns title. The movie Major League showcased the city’s thirst for a title-winning team. The film was a hit in 1989. Fast forward 27 years. Still no title for Cleveland. The 52-year title drought ended on June 17, with LeBron and Kyrie Irving leading the Cavs to a Game 7 win in Oakland. The Cavs came back from a 3-1 deficit, winning the final three games of the series. The winning is apparently contagious.

The Cleveland Indians started their own winning streak that same night. They kept it going for 14 straight, including a 19-inning marathon victory in Toronto on July 1. The Indians finished up a torrid June with a 22-6 mark for the month.

As of July 3, the Indians are 49-32, on a 98-win pace. They've done it without their best all-around hitter, outfielder Michael Brantley, whose surgically-repaired right shoulder has kept him out of the lineup for most of the year. Recent tests have shown biceps tendinitis. With their best bat out, Terry Francona's pitching staff has been dominant. During the 14-game streak, Cleveland surrendered more than three runs only twice. The rotation's consistency has been remarkable, especially since Carlos Carrasco returned from injury to replace Cody Anderson. Cleveland leads the AL in many pitching categories, from ERA to hits allowed. The Indians team ERA of 3.41 is nearly half a run ahead of second-place Seattle.

Coming into the season, the rotation figured as a strength. Only the Astros finished with a better team ERA in 2015. Corey Kluber, a late-blooming ace with a devastating cut-fastball, was back after a stellar 2014 and a solid 2015 season. Carrasco, the Venezuelan 29-year-old, burst onto the scene in 2014 after returning from Tommy John surgery. Carrasco put together 134 spectacular innings, with a 2.55 ERA and a 0.99 WHIP.

Trevor Bauer, plucked by Arizona with the third pick in the 2011 draft, developed a reputation as a quirky hurler with five pitches to choose from. Cleveland traded for Bauer in December, 2012, sending outfielder Shin-Soo Choo to the Reds in a three-team deal. Bauer made the rotation as a 23-year-old in 2014, solidifying himself, though susceptible to command issues. Last year, Bauer led the A.L. in walks allowed. This year, he started in the bullpen, but has made huge strides since May, cutting down on his walks and finding a groove with Indians reserve catcher Chris Gimenez. Bauer is dominating thanks to his heavy sinker, a pitch he only started throwing in 2015. According to FanGraphs, the sinker accounts for over 30% of Bauer’s pitches this year.

Rounding out the rotation is Josh Tomlin, another Tommy John surgery victim early in his career. Like Carrasco, Tomlin missed all of 2013. Unlike Carrasco, Tomlin’s stuff was never truly swing-and-miss. In his debut season of 2010, Tomlin’s strikeout rate was a mere 5.3 per 9. In the following two years, Tomlin was under 5.0. A command specialist, Tomlin excelled in limiting the big innings by eschewing the walk. After TJ, Tomlin returned with a little extra zip. Unfortunately, that led to a shoulder injury in early 2015. In 2016, Tomlin has given up a lot of bombs, but has somehow managed to keep his ERA at 3.21 by avoiding the walk. Tomlin’s 19 HRs allowed might be ugly, but the 10 walks in 95 innings is among the major’s best rates.

Though Carrasco, Kluber and Bauer have all been good to great, Danny Salazar’s downright ridiculous. Through 93 innings, the 26-year-old budding ace has been close to unhittable, allowing a paltry 64 hits while compiling a league-leading 2.22 ERA, a minuscule 1.11 WHIP and 107 strikeouts. In 13 of 15 starts, Salazar has held opponents to five hits or less. The other two outings came against the league's strongest lineups, Boston and Baltimore. Salazar's one weakness is controlling the vicious movement on his fastball, which has led to four or more walks in three June starts. Scouting reports seem to now acknowledge just how unhittable he is, by asking hitters to stop swinging altogether. Currently, Salazar’s main competition in the AL Cy Young is Chicago’s Chris Sale and Cole Hamels of the Rangers.

Cleveland is on a roll this summer. A crucial upcoming three-game set with the Tigers will test the rotation as they head into the All-Star break. They've built a 5.5 game lead on Detroit and sit six ahead of last year's World Series champs, the Royals. It remains to be seen how long the magic can last, and whether Brantley can regain his health and hitting stroke, but the combination of Salazar, Carrasco and Kluber make for a fearsome October trio.