Boston’s GM has done little damage; he hasn’t helped much, either. 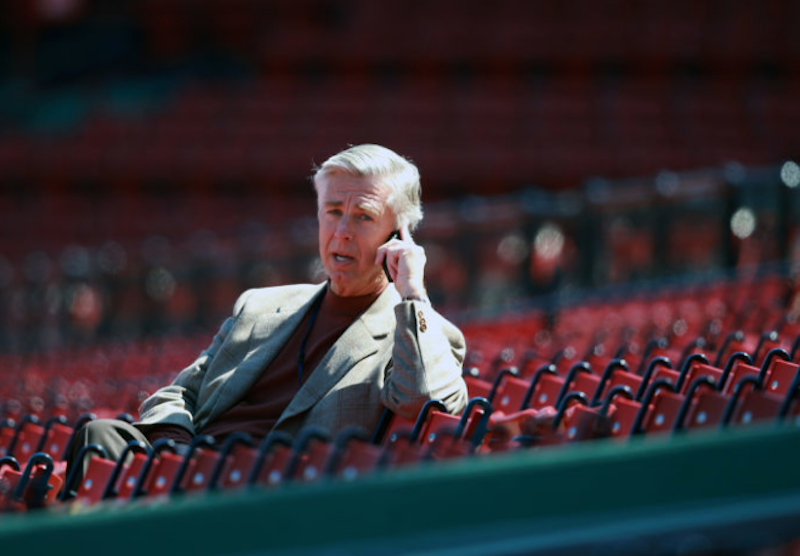 Panic doesn’t play well in Boston. I’ve been following the Red Sox long enough to see two front office turnovers—I was only eight when John Henry fired Dan Duquette in 2002, less than a day after buying the team—and they were both inspired by panic. The collapse of 2011 cost Theo Epstein his job and offered him the chance—with the Cubs—to break a second curse; the combined failures of 2014 and 2015 sent Epstein’s successor, the passive Ben Cherington, to a lecture hall in Columbia University so he can teach sports management until a team calls him with a vacant GM gig. Panic.

The Sox have been an analytically-bent club since 2003, but two last place finishes—and, more importantly, falling revenue—must’ve caused Henry to go haywire, to lose his baseball religion. Last year, the Red Sox changed philosophy midseason. They regressed to the 90s in a matter of weeks, hiring Dave Dombrowski as President of Baseball Operations, with Frank Wren as his veep. This is the same team that offered Billy Beane $12.5 million 13 years ago?

I freaked out when Dombrowski was first hired. It felt like a group of meatheads were hijacking my team: I became interested in baseball because of the statistics, and still find it difficult to sit through a game without a computer on my lap, sifting through the Fangraphs leaderboards. I was lucky that the Red Sox—a fandom I inherited from my dad—followed the Moneyball model, and valued analytics over the old school, cringe-inducing “gut feeling.” Statistics are what made the sport fun for me.

Other writers—older writers, really—felt that Dombrowski was their savior, a relief from the number crunching wunderkinds that rendered them obsolete.

We were both wrong: Dombrowski hasn’t been either a disaster or a success. While the Sox might lose the division to the Orioles, they’ll almost definitely earn one of the two wild cards.

The team is uneven: they have the best offense, but easily one of the worst pitching staffs. I worried that Dombrowski was going to trade the farm system away during the offseason for second-hand Tigers pitchers; some fans probably hoped he would do that. But aside from swapping two great prospects (Manuel Margot and Javier Guerra) for Craig Kimbrel, Dombrowski remained uncharacteristically passive on the trade market. The David Price signing was such an obvious move—and one I still endorse—that any GM would have done it.

What does this mean? Did Dombrowski leave his heavy hand behind in Detroit, or is he just waiting until the trade deadline to make a major acquisition? I don’t know, but I won’t panic. My favorite team hasn’t been hijacked; the 2016 Red Sox are not built on a reverse Revenge of the Nerds scenario. The Sox are the same as they’ve always been: bloated, fun, and not as successful as they should be. I’m enjoying the season.