Any Given Wednesday Is a Refreshing Take on Sports Coverage

We live in a sporting culture that promotes stupidity. 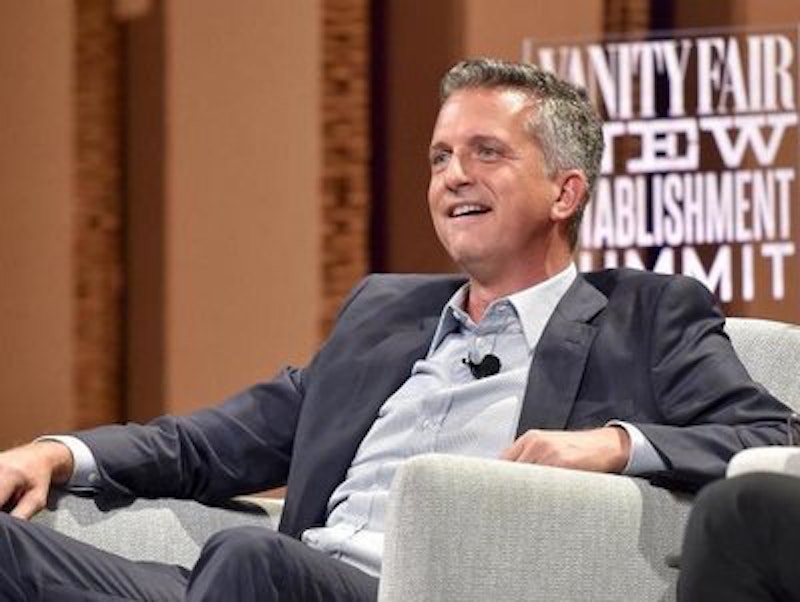 Is there a line between sports and pop culture anymore? If so, it’s been erased more frequently than the white board I use at school. Bill Simmons’ new HBO show, Any Given Wednesday, is a conversation on the two realms of entertainment. Premiering on June 22nd after months of hype, Simmons opened with a five-minute dedication to LeBron James’ Finals wizardry, encapsulating LeBron's greatness. The ode was complete with highlights and big-picture analysis. Simmons’ thesis hit on both the sporting and celebrity realms. First, LeBron is one of the few child-stars who didn't turn into a train wreck despite his inherently arrested development. Second, LeBron belongs in the Greatest of All Time conversation. The audience net is cast-wide from the opening.

Then, we're given the crotchety views of TNT’s Charles Barkley, downplaying LeBron's greatness. Instantly, we’re polarized. It’s a page out of Bill Maher’s handbook. Let the controversy reign! As I consider fast-forwarding through this entirely predictable back-and-forth, I resist. This "debate" is not controversial, it’s just outdated and annoying. Yet it appeals to both corners of the NBA-obsessed universe. The old school vs the new school. “I walked to school up the hill in the snow, both ways!” versus “My numbers tell me I’m right!”

Simmons gives vague insight about one of the biggest differences of the NBA’s previous generation. There wasn’t much defense played in the 1980s. Charles hates how the rules changed to make offense easier (hand-check rule in 1994 and more comprehensively in 2004).

Then we get to the bigger picture. Charles makes the point about financial issues among athletes and how he thinks two years of college experience will help athletes gain some maturity and perspective. He throws out "80% of professional athletes go broke," without any context. That number includes a huge portion of NFL players whose career length is about three seasons, most of who don't make much more than league minimum to begin with. Barkley continues, "You've got to learn to get rid of your family and friends who are freeloaders,” referencing Dr. Phil on how giving people money doesn't solve money problems.

The unspoken topic is financial literacy education among rookies, which Michele Roberts, the new head of the NBA Player's Union has made a priority. The debate about the NBA's age limit is a controversial one.

Jonathan Abrams' excellent new book, Boys Among Men, takes a kaleidoscopic view of more than a dozen high school-to-NBA players, explaining their childhood contexts and pro paths. Weaved throughout the in-depth reporting and immersive storytelling is the sense that there’s no correct path for all professional athletes, just as there is no one path for any group. Trial and error, positive and negative influences. Systemic forces and vulnerable individuals, many of whom are supporting dozens of people. A sort of compromise has been set between the free-market labor philosophy of the no age-restriction camp and the indentured servitude reality of big-time NCAA sports. We currently have a one-and-done system, where college basketball’s best enter the draft after one year in college. Until the NFL and MLB also prioritize financial literacy, it will be up to the older, more established athletes to support the talented young rooks in making wiser choices as 20-year-olds. Unlike in the NBA, the majority of NFL players don’t receive big contracts until they become free agents.

The next segment of Any Given Wednesday is a hilarious look at Steph Curry's awful commercials. Simmons digs up ridiculous old NBA star commercials and urges Under Armour to ditch their Curry campaign. Just show the dope highlights and tell everyone he wears Under Armour. The deeper analysis is ignored, but yes, I get that this isn’t a senior thesis or a dissertation. Still, the truth is that it wouldn’t make people laugh to consider why Steph's commercials seem bland and entirely focused on how much work he puts into his craft. That's the image that Steph, Steph’s PR team and Adam Silver want out there, because his clean-cut image is what sells himself and the NBA best. Curry as choir boy who is always working hard. He's even in a suit, dribbling a ball at one point. We consume culture in an era where culture consumes us. There’s simply too much money and self-consciousness at stake to be goofy anymore. It’s a shame.

After the Steph bit, Ben Affleck appears. Sitting strangely at a round dining room table, Affleck tells his personal story about becoming a director. Affleck talks about his low points after the J-Lo saga. He talks about how hard he's worked to become a director. I haven’t seen Affleck’s movies. His tone turns from pensive to agitated when Simmons brings up Deflategate. Righteous indignation. There is not a more tired sports subject, but Bill brings Affleck on to continue his battle with nemesis Roger Goodell (ESPN fired Simmons after his genuine outrage with Goodell and the NFL’s failure to acknowledge truth). By allowing Affleck to rant and rave, Simmons didn’t have to say much. Catharsis for Patriots-obsessed fans. Personally, the NFL gives me a mild concussion to even think about.

Simmons ends the show with a two-minute monologue, Olbermann-style, choosing a "winner of the week." We get a Garnett highlight from after winning the 2008 title. He takes a lame stab at Bill Clinton as first lady, then redeems it with an “ESPN has no shame," moment that’s spot-on, showing king blowhard Stephen A. Smith threatening the camera, with an on air message to Kevin Durant. Stephen tells the camera, “You don’t want to make an enemy out of me, Kevin!” We live in a sporting culture that promotes stupidity. It is somewhat refreshing, for those that follow sports and are tired of stupidity, to see ESPN’s dumb-machismo mocked.