You Should Totally Watch the Summer Olympics

Why London 2012 ought to stop you dead in your tracks. 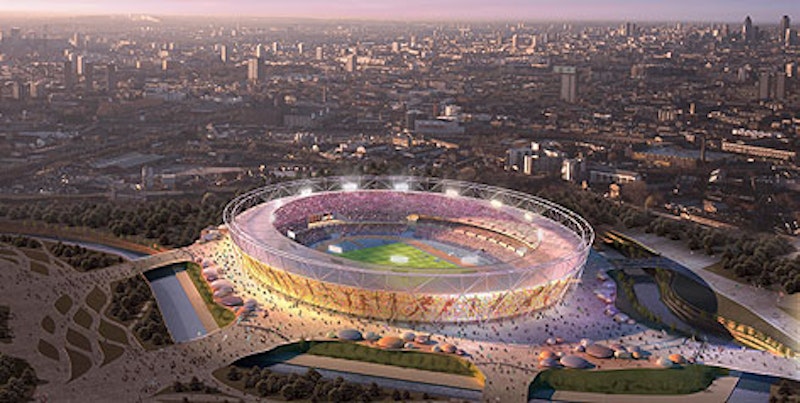 People who favor American football over baseball like to back up their preference by trotting out a numbers comparison, explaining that the average football game is intrinsically more valuable than the average baseball game because football seasons are made up of way fewer games than baseball seasons. So, you see, it’s not just that every NFL game counts; every play counts. This means that—injuries, suspensions, or manslaughter convictions notwithstanding—each team has something like two handfuls of opportunities, at least, to prove itself every year. If you’re an American Ninja Warrior contestant, the margin of error is even slighter: screw the pooch just once, slipping on the Devil Steps or flaming out on the Warped Wall, and you’re toast for an entire year, just like that. And in either case, the season is something of a matter of pride: NFL bruisers are butch multi-millionaires, while ANW fanatics are hobbyists who construct disturbingly accurate Mount Midoriyama obstacle simulacrums in their backyards and bedrooms for the love of the quasi-sport.

Think about the above for a minute. Then imagine spending four years and hundreds of thousands of dollars—other people’s money, if you’re really lucky—training for the opportunity to beat dozens of people from around the world who just spent four years and busloads of cash training to beat you, soundly, on television. You do this because you love to run fast, pole-vault, figure skate, swim, ski, or because you’ve been brainwashed into believing that luge is a real sport—and because you want to make it to the top of the medals podium, rocking a handmade garland and weeping openly while your national anthem plays. You know damn well that there’s no future, pursuing this—in terms of a career or the kind of endorsements that pay the bills into perpetuity—but you do it anyway: you’re a winner, you’ve always won, and you’re going to win again. You gamble relationships, sanity, and normalcy in the desperate hope of being a trending topic on Twitter for month. But—but—if you lose big, lose just a little, or come barely short of winning, there’s no coming back next year for another shot becoming a genuine Olympian: that chance doesn’t come for another four years. And guess what? If you do take home a medal, it won’t necessarily impress that many people for longer than it takes to power through a box of Wheaties plastered with Michael Phelps’ crooked grin.

All of the above, in my eyes, is the odd, particular allure of the Olympic games: the rapturous, mindless Whitney Houston-yelling-“One Moment In Time” urgency-of-now nature of it, the eons of sacrifice for five minutes of flashbulbs and pounds and glory. The strain. The passion. The sheer, irrepressible idiocy. Next month you might be back home, getting breast implants or training for nationals or laughing with Matt Lauer on The Today Show or disrobing before a digital video camera or nursing an innocent crack habit or signing on with a friendly purveyor of questionable but highly effective health supplements, but here—right now—you’re a fucking Olympic gold medalist. The capacity for vicarious excitement, in other words, is limitless here, a helluva drug. That’s something you can’t quite get, even from annually recurring end-of-season sports contests, where the losers invariably slump back to one of several well-appointed homes and getaways, crying their eyes out on thousand-thread count silk sheets.