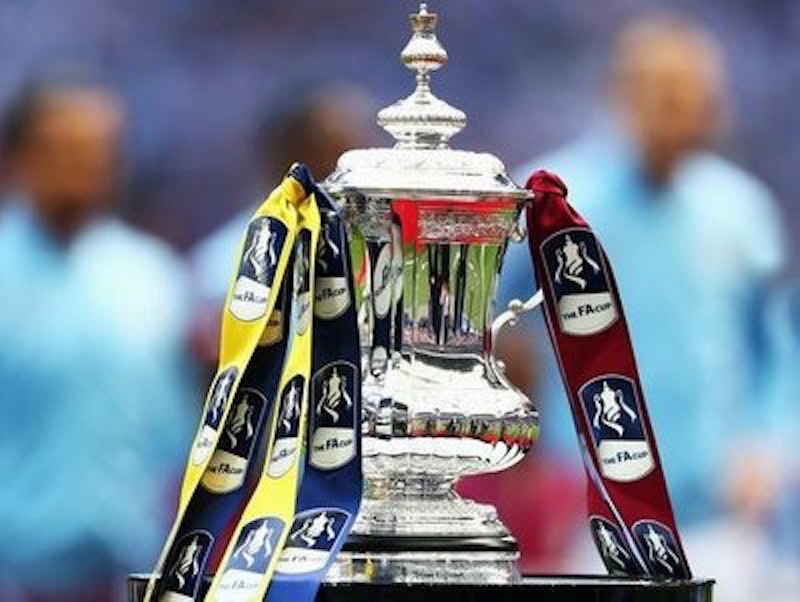 The 145-year-old Football Association Challenge Cup is a bit of sports anarchy writ large. The romance of the underdog non-league team full of plumbers and truck drivers plying their semi-pro English soccer trade against titans of the Premier League is always the go-to storyline of this annual tourney. The buzz starts in late summer in scattered U.K. villages when qualifying matches get underway. It’s a long march to the FA Cup final that’s played in May at London’s Wembley Stadium, which now looks like the spinning space travel machine from that Jodie Foster astronomer movie. Arsenal has won the cup 12 times as have Manchester United. Both mighty clubs—which have been accused of playing their junior varsity lineups in FA Cup games—have made it to the fifth round. The action commences Feb. 18-20 under the auspices of current FA Cup corporate sponsor Emirates. The Dubai-based airline has become ubiquitous in the sports marketing world, perhaps protesting too much, as they say.

I loved the irony last summer of the New York Cosmos B team coming to Kingston to play Stockade FC in a National Premier Soccer League match. Emirates was the kit sponsor of the now-defunct (again) Cosmos brand; meanwhile, Kingston Stockade FC’s kit sponsor was Trailways Bus Lines, thus spelling out the tale of two franchises, one of which still exists and is thriving in Ulster County, New York. Last time I checked Emirates had not yet signed on as official sponsor of the Dayton Ohio Mudwrestling Finals, but that deal might be pending if they can outbid Stroh’s Beer.

Watching FA Cup matches on Fox Sports 1 can be a charming view for soccer fans so accustomed to seeing yet another Manchester United Old Trafford or Arsenal Emirates stadium monolith every other Saturday. FA Cup games, especially in the early rounds, feature odd camera angles of cowshed grounds in distant Yorkshire with drag-strip light standards. Sparse fans, including Bovril-swilling geezers who all seem to resemble Al Bowlly, sit in the rain with hideous dying elm trees silhouetted in the deep background. The tiny grounds are often skirted by sanitation garage parking lots, random sheds and billboards for local bricklayers or towing services. Even with reduced ticket prices, many of the more obscure early round matches do not draw big numbers of spectators.

For the first time ever, this season’s FA Cup sees two non-league (from level 5 or lower in the English soccer hierarchy) teams having won their way into the final 16. They are Sutton United, a South London club known more for its vaping manager pacing the touchline of an artificial turf pitch, and Lincoln City, a somewhat goth entry from the east Midlands. Both teams compete in the non-league Vanarama National League, with Sutton mired at mid-table while Lincoln City Football Club holds on to first place. Lincoln City FC is nicknamed the Imps, after a grotesque on a wall at the Lincoln Cathedral. The Imp is part of a 14th-century legend based on Satan sending a few beasties to cause trouble for the bishop in the cathedral. An angel supposedly turned one to stone and that is the Imp standing on one leg, holding its other bent across its knee, its head bearing cow ears and an open-mouthed grimace above a hairy midsection.

Though it’s not the official crest of the club, the Imp-on-one-leg is used as kind of a secondary logo for LCFC. The creature is, if anything, an eye-catching icon somehow thriving amidst the tight-ship, constipated culture vainly proffered by the aged dandies of England’s Football Association.

The bottom line on the FA Cup: it can be a cash bonanza for small clubs thanks to prize money awarded at each round in addition to sizeable television fees doled out in the later rounds.
While Sutton will host north London giants Arsenal, Lincoln travels to Burnley, a Premier League team playing in an ancient stadium called Turf Moor in Lancashire. They wear the familiar claret and blue uniforms sported by several other clubs in England, and are therefore known as (yawn…) the Clarets. The late Col. Muammar Gaddafi was known to be a supporter of Burnley.

Keith Newton is known to be a supporter of Lincoln City. He was on his way to becoming a colonel in the Boy Scouts when he and his pal took a detour instead to a Lincoln City soccer match. It was 1980, he was 10 and he was hooked. Born and raised in Lincoln, the 46-year-old engineer for a gas turbine company recently posted a photo of himself on social media wearing his LCFC oven mitts. I asked him about his first game. “It was overwhelming being in the Railway End with all the singing and shouting,” Newton said. “The atmosphere was brilliant. I got a right bollocking when I got home though as it was much later than I would’ve got home from Scouts so I had to own up that I’d been to watch Lincoln.” Newton’s parents were aware that hooliganism was rampant in the English game back then. Within two years, his father was taking him to matches. Newton grew up with the club, enjoying the highs from beating a few Premier League sides in cup competitions, to suffering the lows of relegation and the tragic 1985 fire in the wooden stands at Bradford City where 56 supporters, including two from Lincoln, perished.

The draw for the last 16 included several tasty targets for a club like Lincoln City. Manchester United, Manchester City, Chelsea, Arsenal and Tottenham would’ve been dream match-ups for some Lincoln fans caught up in the giant-killing fantasy. Newton admits he was a bit disappointed to see the Burnley away draw. His last trip there did not end well. “Got arrested for telling a copper to fuck off,” Newton said. “Not good memories of the place.”

As of this writing he wasn’t sure if he’d be attending the Burnley match live or watching on television giving the low number of away side tickets available. The Clarets have been practically unbeatable at Turf Moor, which holds 22, 546 while Sincil Bank, Lincoln’s own ancient ground, has a capacity of 9,469. As per FA Cup rules, if Lincoln and Burnley play to a draw at Turf Moor, a replay is held later at Lincoln, which would surely add plenty of more pound sterling to the LCFC coffers.

Newton also spoke of the euphoria of FA Cup success mixing with the reality of league play as LCFC eyes promotion to League Two if it can stay atop the Vanarama National League table. Between the thrilling win over Brighton in round four of the FA Cup and this weekend’s round 5 clash at Burnley, Newton took his wife Hazel to her first Lincoln away match on a cold and rainy mid-week night in a place called Solihull Moors. It was an hour and 45-minute ride from Lincoln into South Birmingham. “Ask any true supporter and they will say winning tonight [against Solihull] is more important than beating Burnley,” Newton said. “You can see Lincoln City’s for life, not just one season.” Lincoln prevailed 1-0 over Solihull and have maintained first-place going into the Final 16 FA Cup weekend.

When Newton travels on business to various corners of the globe, his Lincoln City fandom goes with him. “I always try to spread the word of Lincoln City. I try to get people to say ‘up the Imps’ in whatever language they speak with differing success,” Newton said. If and when Lincoln makes it up to League Two, they’ll then be able to face their local hated rivals, Grimsby Town FC on a regular basis. “Dirty codhead scum,” Newton said of the Mariners.

The complaint of many a London cab driver is the game is “no longer played by Englishmen” as they cite the preponderance of Dutch, Belgian and other foreign players on Premier League rosters. Clubs like Lincoln in the lower levels are almost all Englishmen. One Imp star is Nathan Arnold, who scored the game-winner to defeat Ipswich Town in round three of the FA Cup in a thrilling 1-0 home replay. Arnold’s a trained barber who has a mobile hair cutting service and also works out of a shop in nearby Grimsby, where he also used to play for the Mariners. So even at the grassroots level of English soccer, players move about with ever-waning loyalty just as they do in the big leagues.

LCFC defender Luke Waterfall has also played at various clubs throughout the National League and lower ranks. Newton relayed a fan chant about the lad, sung to the tune of “My Old Man’s a Dustman”:
Waterfall is magic, he wears a magic hat
And if you throw a brick at him he’ll head the fucker back.
He heads it to the left
He heads it to the right
And if we win the league we’ll sing this song all night!

The only singing coming out of Burnley of late had to do with New Order selecting a brewery there to produce a craft beer called Stray Dog on behalf of the Manchester new wavers. Methinks the Monday after FA Cup round five will indeed be a blue one for the Premier League side. The vibe from Newton and the progress of the tourney so far has me predicting a 1-1 draw at Burnley for the Imps, with the replay back at Lincoln seeing the home side advance to the quarterfinal round of the FA Cup with an historic 2-1 victory over the Clarets. Then Mr. Newton can get out his oven mitts again because his club will indeed be red hot.