What does a man want? 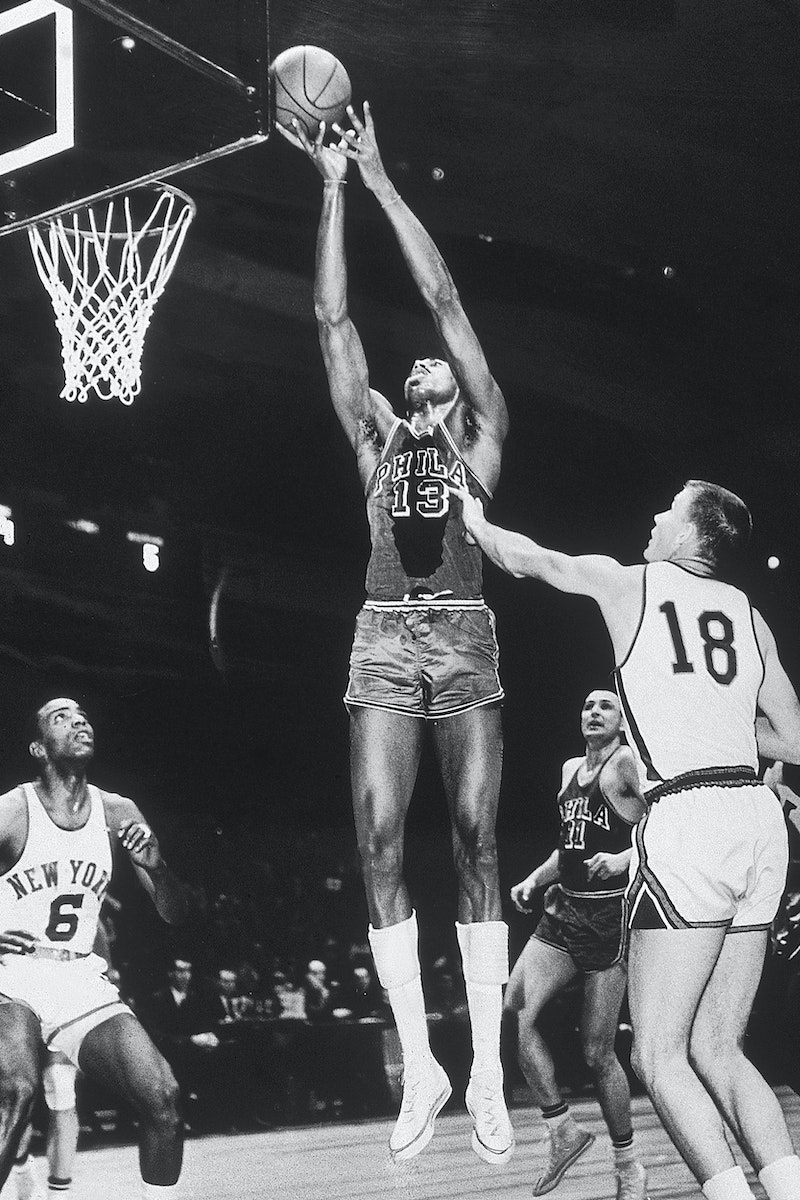 There’s a distinguished professor of the humanities who’s mixed up about Wilt Chamberlain. The professor says it made sense for Chamberlain not to do his free throws underhand even though underhand was his best bet for getting it in. Yes, the professor says, the champ gave up some points, but he wanted to nail women and doing things in a sissy manner might’ve interfered. The professor, Alan Jacobs of Baylor University, is responding to Malcolm Gladwell, who said on a podcast that Chamberlain’s refusal was silly. Jacobs says no, Chamberlain had his priorities. Poontang, not job performance, headed that list and Gladwell just has to reframe.

The professor’s sole evidence is that Chamberlain said he slept with 20,000 women. Such a man must put nookie above everything, the professor reasons. All right, but Chamberlain scored more points in a single game than any other NBA player. And he was “the only player in NBA history to average at least 30 points and 20 rebounds per game in a season, which he accomplished seven times.” And the only one to “average more than 40 and 50 points in a season.” (I get all this from Wikipedia.) Such a man must put point scoring above everything. Or maybe he liked putting things in holes and had two favorite ways of doing it.

The professor also seems in a rush with his second assumption. Imagine a woman looking at a seven-foot-tall self-made millionaire who’s a champion athletic competitor and built like it. The woman says to herself, “Is he too dainty with napkins? And what about his free throw? It’s off-putting to see a man with a feminine free throw.” That woman is a rare breed and Chamberlain would be neurotic to worry about her. In rebutting Gladwell, the professor makes this very argument but directs it at the matter of losing points. Okay, he says, not throwing underhand cost Chamberlain points, but he didn’t need them. After all, he was “the most unstoppable force the game of basketball had ever seen,” as Jacobs puts it. And, after all, Chamberlain was about as strapping a hunk of successful, world-beating masculine potency as you’d find in the U.S. or elsewhere. What price the free throws then? Just as small, I’d say. This thought sneaks right past Jacobs. I suppose he was being droll and larky, since the topic was sex. Being droll, he bypassed making sense. I’ll add that he presents his argument in a book called How to Think.

Social history on Amazon Prime. The opposite of Wilt Chamberlain in bed may be Jason Segal in Forgetting Sarah Marshall. Segal, an assemblage of cream cheese wedges and blocks, lurches to his feet and announces that his penis won’t work. The boy’s impotent and his betraying ex-girlfriend can suck on that. His ex lies there in a tangle of designer sheets, sheets stained by her moral crappiness and nothing else. This, ha, climax to Sarah Marshall may be the only triumphant case of impotence in a Hollywood film. It reminds me of the scene in American Beauty where Kevin Spacey tells his wife maybe he’ll call a divorce lawyer and get half her earnings. American Beauty came out in 1999, Forgetting Sarah Marshall in 2009. What man-inverting scene of triumph awaits us this year? Eight or nine years from now you may see it on Amazon Prime.