Why Trading Cano is the Smart New York Move

It’ll never happen, but should 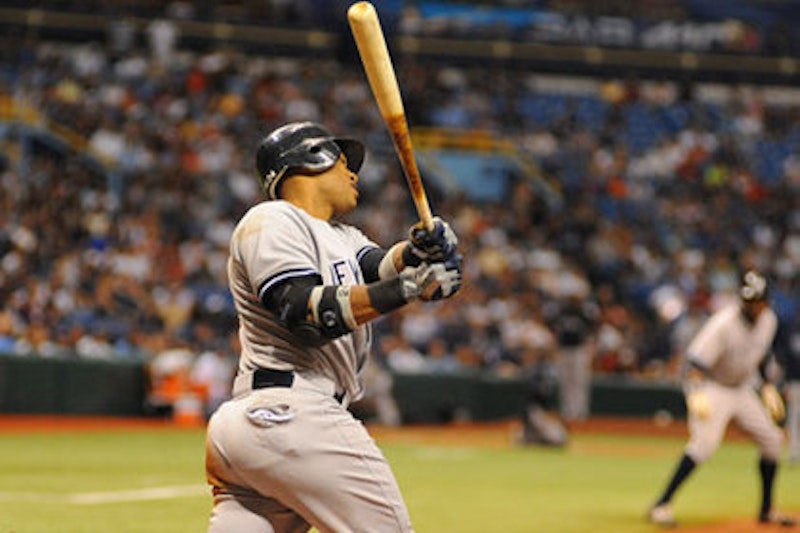 No matter what ownerships says about the luxury tax, the Yankees will re-sign Robinson Cano, and it will be expensive, very expensive. Keep in mind that Cano doesn’t hit free agency until the winter of 2013. It just happens to be a hot issue now because of the New York media and team’s insistence on lowering their payroll even with Nick Swisher, Curtis Granderson, and Cano hitting the open market in the span of two years. Does anyone think GM Brian Cashman will let his most productive hitter go to another team? Even the idea of seeing the All-Star second-baseman in a rival uniform is laughable.

Swisher and Granderson are clearly more expendable than Cano, who is a homegrown superstar and undeniably a better investment than either of the outfielders. As much as I hate the Yankees, it’s impossible to argue that Cano isn’t a great player, a marquee middle infielder, and the best offensive second-basemen in baseball. Nevertheless, New York would do itself a favor in trading Cano this offseason and ridding themselves of the whole dilemma of his re-signing, and the inevitable complications that will follow it.

I may seem nuts now, but in five years, when Cano is soldiering through a third knee surgery or slumping along another inexplicably disappointing season or playing “simply above average ball,” in the A-Rod mold, you’ll be calling me NostraBooker. Then again, Cano could continue to rake at the plate and perennially accumulate around 6.0 fWAR. His future performance, like that of any player, is a mystery.

Abstaining from long-term contracts, especially when the back end of the deal will cover a player’s late 30s, is always a good club mantra. So many things can happen to a baseball player in the span of six, seven or eight years. Trying to predict the future is a gamble: there’s no telling what affect the money will have on the guy. It’s possible that Cano will become complacent with his guaranteed cash: he might eat a few more donuts here and there, take a couple more days off in the winter, and before you know it the Yankees have Prince Fielder playing second base.

Nobody knows how the man will age either. He could grow old gracefully, and see only a slight but steady decline in production like Chipper Jones or Derek Jeter, or he might take to his 30s like Kevin Youkilis. An example: who would’ve thought that Adrian Gonzalez’s power numbers would decline upon arriving at Fenway Park? Another: why did Vernon Wells’ bat go completely dry after signing a seven-year/$126 million extension with the Blue Jays? Big money deals are risky by nature: just look at Alfonso Soriano, Barry Zito, Mike Hampton, Carlos Lee, Alex Rodriguez (contract #2), Ryan Howard, Ken Griffey Jr., Kevin Brown, John Lackey, and B.J. Ryan. And those are just some of the atrocious ones, because the contracts of Johan Santana, Carlos Zambrano, and A.J. Burnett sure can’t be called successes. And what about the ones without an end in sight, like Carl Crawford (good luck Dodgers!) and Joe Mauer? Mulligan? Even though Cano looks great now, he might not in five years, and that’s reason enough not to commit $20+ million annually to the guy.

Cano will require that kind of a commitment. $200 million over nine years is the starting point, and it can only go up from there. To give some perspective, let’s look at the average annual salaries of other second-baseman, filtering out any players with fewer than five years of service time in order to accurately gauge the money handed out to post-free agents/impending free agents at the position. Using fWAR (aggregating the past three seasons for a larger, more significant sample size. It’s no surprise that Cano is on top with an accumulated total of 18.6) to measure performance, we can tell how much money Cano really deserves in comparison to his peers.

Ben Zobrist, Rays/16.9 fWAR, $4.5 million AAV (without club options): In a very Tampa Bay-esque move, GM Andrew Friedman locked up Zobrist before anyone else (including his agent, apparently) realized how valuable the versatile everyman is. For our purposes, even though “Zorilla” and Cano are similar in production, the two simply aren’t comparable. Before Zobrist’s breakout season of 2009, he was an aging career minor leaguer who’d never been offered so much money before. Cano, on the other hand, is approaching the final season of a contract that will end up being worth $59 million. He’s had steady success and is widely recognized as a superstar; the man will get paid.

Dustin Pedroia, Red Sox/15.7 fWAR, $6.75 AAV (without club option): Also signed to a team friendly deal, Pedroia will likely obtain an extension in the Ian Kinsler/Brandon Phillips mold relatively soon. The righty is Cano’s only arguable competition for top second-baseman, as Pedroia has twice outperformed Cano’s career high 6.5 fWAR (6.8 in 2008, 8.0 in 2011). If he does receive a new contract in the $70-80 million range, his AAV would be around $13.3 million.

Ian Kinsler, Rangers/14.7 fWAR, $15 million AAV (without club option): Kinsler, who just re-upped with the Rangers, doesn’t garner as much attention as his rivals in Boston and New York. If not for an injury-shortened 2010, in which he only played 103 games, Kinsler would’ve likely been second or third on this list.

Brandon Phillips, Reds/14.5 fWAR, $12.1 million AAV: Also recently inked, Phillips had an especially productive 2011. It could be a labeled a fluke, or you could also argue that @datdudeBP has turned a corner. He produced 4.4 fWAR in 2010, and is on track for a similar number this year. The Cincinnati veteran has always been a slick fielder, and if his posting a high batting average turns into a trend, it’d be easy to call the contract a total bargain.

Martin Prado, Braves/11.8 fWAR, $4.75 million AAV, entering free agency after 2013: Prado represents an alternative to Cano for New York should Atlanta fail to extend him. Kind of like Zobrist, Prado has played a bunch of positions and can be placed nearly anywhere on the diamond. If his poor showing in 2011 was an aberration, many teams will certainly covet Prado should he hit the market. That said, I don’t see him getting more than $80 million.

Rickie Weeks, Brewers/11.2 fWAR, $9.625 million AAV: Whatever happened to Weeks during the first three months of the season clearly isn’t affecting him now, as the slugger has righted the ship after getting off to the worst start of his career. Had Weeks not been so abysmal in April, May, and June, he would’ve ranked much higher on this list. As long as he doesn’t pull that stunt again, the righty will remain a top second baseman for years to come, as he’s proved, when healthy, that he can mash the ball and outhit even Cano.

Howie Kendrick, Angels/10.7 fWAR, $8.375 million AAV: He hasn’t won a batting title yet, but Kendrick has managed to turn himself into a valuable asset to the Angels. Still, he doesn’t present even half the upside that Cano does. If Kendrick could repeat his 2011 performance on demand, that would be something else, but it seems as if that year was an anomaly.

Dan Uggla, Braves/10.7 fWAR, $12.4 million AAV: Even though 2011 ended up a success (he started off the year as poorly as Adam Dunn and surprisingly finished with 36 home runs and a .233 batting average), you can’t help but think the Braves are a little disappointed. Uggla was known for occasionally posting a low average, but .215 (his 2012 BA) is a huge let down. His fWAR should speak for itself, however, and Uggla has proven, especially with his current 15.0 BB%, that he’s well worth the money.

If we assume Cano is better than all of these players, then we can also agree that he deserves to be paid more. From 2007-2011, second basemen were paid $3.1 million for each win they accumulated. After taking Zobrist and Prado out of the discussion, we can make further distinction as to who compares best to Cano. Kinsler and Phillips, who both recently signed their extensions, are probably the best fit. Since Cano was worth roughly four more wins than Kinsler over the last three years, it’s easy to assume that the Yankees should offer their second baseman a contract worth approximately $12 million more. That won’t cut it.

Now we have to establish the difference between what Cano is actually worth and what he’ll likely receive. Since the lefty is still only 29, New York will definitely have to concede to a nine-10 year deal. Dollar value is harder to predict. A second baseman of his caliber hasn’t hit free agency in so long that there aren’t many reference points. The only guarantee: he’ll receive at least $200 million. The most I’d commit to the slugger is $130 million/6 years. That isn’t a knock on Cano rather than an indictment of long-term contracts. Really, anything over five years is incredibly risky, but some special players are worth the gamble.

Second base is a thin position, and getting six wins out of the position is incredibly valuable. Since fWAR is position adjusted, though, six wins from a second baseman is tantamount to six from an outfielder, so it doesn’t matter where your production comes from. That said, the Yankees could trade Cano, which would undoubtedly be a downgrade at second base, no matter who they choose to replace him with, and could use the money saved to upgrade their outfield or pitching. The main benefit of trading Cano, though, is all the prospects they could potentially receive in a trade. So many teams would be in on the talks, a bidding war would surely ensue. The haul Cashman could take home is unfathomable.

The Yankees will never trade Robinson Cano. The fans would freak, and the Steinbrenners definitely wouldn’t sign on. Sometimes the smart move simply isn’t feasible. After New York inevitably resigns their second baseman, they’ll have yet another long-term, big money commitment.