The Truth About Transgender Athletes

They're not really taking over women's sports. 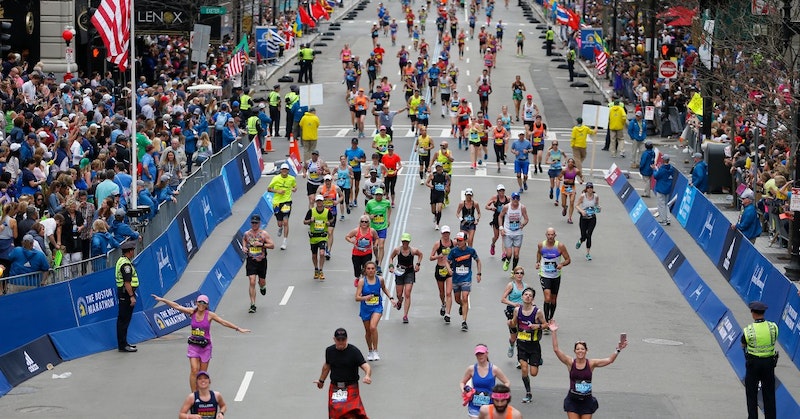 Every few months, there’s a story on the new threat to women's sports: transgender athletes.

We see a story about a transgender girl/woman doing well in athletics competing against girls/women. Whether it's winning a high school track state championship in Connecticut, someone competing in the Olympics, or a dominant performance in Ivy League swimming, there’s no shortage of transgender athletes to spark outrage. Some commentators on the Right say they’re going to ruin women’s sports. But it distorts reality. I know this because I've covered girls'/women's sports for seven years.

I’m not a liberal, but conservative—although not conservative in the sense that I think the federal government should cut taxes for rich people and give more money to Israel. I’m socially conservative. I’m staunchly pro-life, I voted against Question 3 in Massachusetts in 2018, which made gender identity a protected class in state law. I'm also for school vouchers and homeschooling, against the state-run lottery, and think alcohol, tobacco, and pornography should be less accessible.

And yet, in covering high school sports in Massachusetts, the transgenders-in-sports is an issue that’s never come up. I’m not aware of one confirmed case of a transgender girl (male) dominating a girls’ sport in Massachusetts. If there was, The Boston Globe probably wouldn’t cover it—even though the paper complains about boys playing field hockey. I’ve also covered Massachusetts politics for the biggest conservative news outlet in my state for more than two years. I’d love to write a story on transgender athletes to show what’s actually going on in the state, but it’s hard to find these athletes. If they’re great, I’d write that. If they’re not standouts, that’s fine too.

I’ve talked to some of my friends about the topic who have involvement with high school sports in the state. We agree on one thing: it must be happening in the state. I know that in Massachusetts public schools, there are close to 1000 students that identify as a gender other than male and female. I don’t know how many people are male-to-female transgender in high schools in Massachusetts. Let’s say the number was as low as 250—fewer than one transgender high schooler per district (with a greater concentration in blue areas like Boston, Cambridge, Somerville, and Arlington). Some must play a high school sport. The transgender athletic participation rate tends is lower than it is for so-called cisgender people (who identify as what the doctor said when they were born).

That said, transgender girl athletes undoubtedly exist in my state, but they’re not standout players. And just because they're playing a high school sport, that doesn't mean they're varsity athletes. It’s a lot more common in Massachusetts for a cisgender boy or girl to play a sport against the opposite sex. They can play a sport only if their school doesn't offer it for their sex. That means, for example, girls can wrestle and play football while boys can play field hockey, cheerlead, and do gymnastics. I’ve reported on some of the more unique instances, where a boy played on a girls’ soccer team and a girl played on a boys’ hockey team. I support that. Those kids have a right to play the sport they want and it’s their only opportunity to play.

However, if a male goes to a school that has a basketball team for boys and one for girls, they should have to try out for the boys’ team—regardless of their gender identity. I can think that and acknowledge that the current transgender athlete rules aren’t ruining women’s sports. If they were, then politicians could name examples of it happening in their communities, but they can’t.