Why I’m a Baseball Fan

Even though it can be so boring. 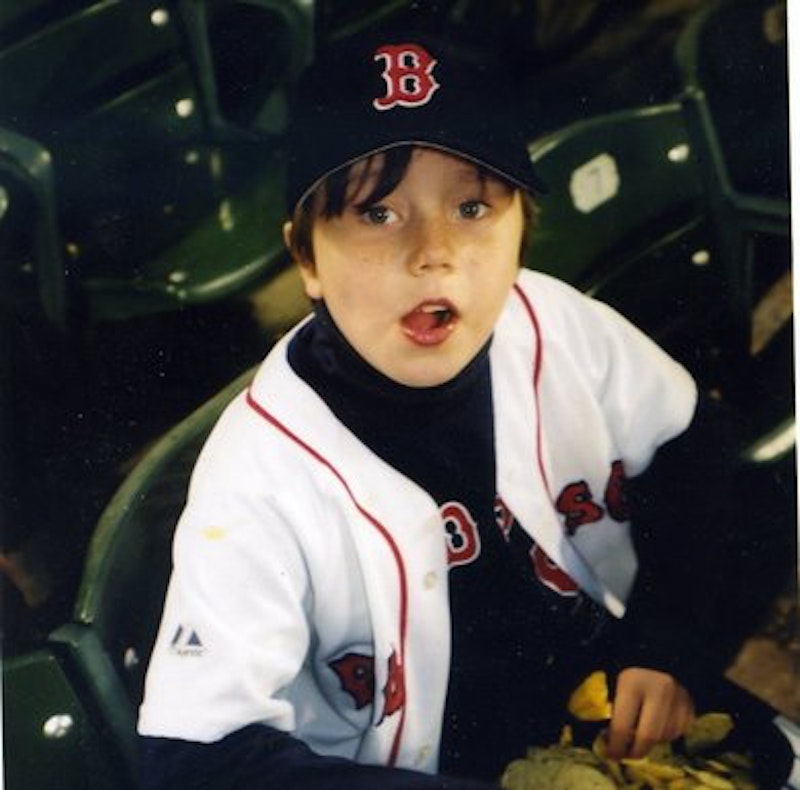 People often ask why I like baseball. Sports never appealed to me much while growing up—hated football and basketball, and mainly enjoyed little league because of the post-game hot dogs. Golf? Boring. Lacrosse? For the bros. Soccer? Too much running. Kickball… I could get behind kickball.

But baseball was different. I tried to like baseball. My dad is a lifelong Red Sox fan, and starting around my fourth or fifth birthday he made frequent attempts to indoctrinate me into the Sox cult. The way my dad hyped up Sox games would make anyone excited. He’d tell gauzy stories of the experiences he had attending games as a kid. About the multitude of losing seasons his sun-beaten Red Sox cap had endured. The curses: the Bambino, the Billy Goat, Rocky Colavito. The legends: Ruth, Gehrig, Williams, Koufax, Aaron, Mays. The tragedy of Tony Conigliaro.

Add all this to an already exciting build-up, where you exit a Manhattan cab after 45 minutes, suddenly surrounded by a mass of street vendors selling all the best foods. The smell of hot dogs, cotton candy, soft pretzels, and roasted peanuts combined to form the best flavor you could never taste. Most exciting, though, was the stadium. In my mind, I’ve still seen nothing larger than (the old) Yankee Stadium. More build-up: find your seats, ceremonial first pitch, national anthem, real first pitch, your dad reminding you of the possibility of a foul ball.

And then… nothing. From the outset I was bored. Who wants to watch a bunch of dudes throw a ball around a field for three hours? Occasionally something exciting happens (it’s usually while you’re at the concession stand getting more pizza). My dad was always gracious enough to take my brother and me home after the sixth inning.

Nevertheless, my dad never failed to rouse excitement in me before a baseball game. My head knew that baseball was boring, but I never truly believed it. The magic that everybody talked about would reveal itself eventually. And it did, but not in the traditional sense. I still get bored during baseball games and I still (sometimes) want to leave after the sixth inning. I’m not the Field of Dreams dude or one those kids from The Sandlot that has a spiritual connection with baseball that they carry with them for the rest of their lives. I’m far colder than that.

I don’t like baseball for the human element; I like it for the inhuman element. The statistics that let us evaluate players like chess pieces. The numbers that took the sport away from the jocks and handed it to the nerds. The trades, the free agent signings, the prospects. I love everything about baseball that doesn’t take place on the field.

Predictably, Moneyball was my bible throughout high school. Michael Lewis’ lionization of Billy Beane was so influential that I wrote my college essay about it. I was determined to be a general manager from ages 14-18 because of Moneyball.

Watching a baseball game with me is probably pretty frustrating. I usually sit reading a book, only commenting when an announcer leans on a bad cliché (“he’s a clutch hitter,” “he leaves it all on the field,” etc.) or misuses a statistic. Home runs are fun, sure, but do you know what’s even more entertaining? Spreadsheets!

My dad and I have two different perspectives on the game. I’m new school, he’s more old school (with an understanding of the most important Sabermetrics). He loves the sport. I love the analytics. But we’re surprisingly compatible as baseball fans. While I can whip out statistics on any player, he can flex his historical knowledge of the game, ready to compare a newly promoted prospect to someone from the 1970s that I’ve never heard of.

My dad and I watch baseball together every night. We see different things, but that makes it all the more enjoyable. Baseball bridges the generational gap. It can appeal to jocks, nerds, and to anybody in between, all for different reasons.

This cliché is true: baseball brings people together. And that’s why I like it.