Orioles Need a Top-Tier Pitcher to Compete in October

Will a deal centered around Chance Sisco be enough? 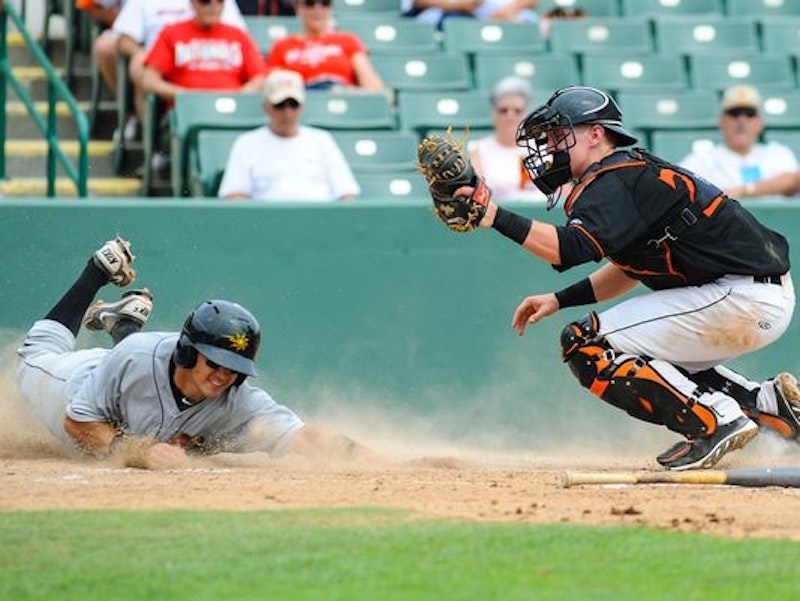 Aside from Manny Machado's rapid ascension to the big leagues in 2012, the strength of the Baltimore Orioles' farm system over the past several seasons has risen and fallen with the success of young pitching. The O's current crop of young starters features Kevin Gausman, Dylan Bundy, Hunter Harvey and lefty Eduardo Rodriguez. The O’s are unlikely to deal any of those young hurlers over the next few weeks as they attempt to bolster a tattered rotation that somehow sits atop the American League East. The good news is that for the first time in a long time Baltimore has several intriguing minor league bats.

The Orioles drafted Christian Walker out of South Carolina in the fourth round of the 2012 draft. Walker followed his impressive collegiate career with a solid first professional season in 2013. The first baseman played at three levels of Baltimore's minor league system, finishing the season at Double-A Bowie. Walker made a return trip to Bowie to start the 2014 campaign and clobbered Eastern League pitching to the tune of an .884 OPS and 20 home runs in 95 games. Walker’s promotion to Triple-A Norfolk is expected in the coming days in what could be an effort to showcase his skills in preparation for the July 31st non-waiver trade deadline. If Walker isn't dealt he could emerge as an in-house candidate to replace the struggling Chris Davis who can leave as a free agent after the 2015 season.

Walker has been joined in the middle of Bowie's order by centerfielder Dariel Alvarez. Baltimore signed Alvarez as an international free agent after he defected from Cuba. Alvarez wasn't a high profile signing like Yasiel Puig or Jorge Soler, nor did he come at such a cost, but he has produced for the O's. The 25-year-old Alvarez has posted an OPS of .819 with 20 doubles and 14 home runs in 359 at bats for Bowie. Alvarez is expected to join Walker in Norfolk in the coming days.

Baltimore's most promising positional prospect is probably 19-year-old Single-A catcher Chance Sisco, picked up in the second round of the 2013 draft. Sisco impressed in his brief time with Baltimore's rookie league teams in The Gulf Coast League and Aberdeen last season. He earned a spot on the Opening Day roster of the Delmarva Shorebirds of the South Atlantic League and has been wowing scouts and competition ever since. Sisco is currently hitting .351 with a .412 on base percentage for the Shorebirds. Sisco's high on-base percentage has to have Buck Showalter and Dan Duquette smiling on a daily basis as the Orioles’ major league lineup is plagued by free swingers.

Sisco is a long way from the big leagues but his advanced approach at the plate makes him the most intriguing prospect in the organization. If the Orioles hope to acquire a veteran starter like the Padres’ Ian Kennedy to assist with a playoff run, Sisco's name is sure to come up in discussions. If Duquette and company are unwilling to deal from the trio of Bundy/Harvey/Rodriguez they'll need to hope that a package built around Sisco is enticing enough to acquire a much-needed pitcher. The O’s may have enough pitching to hold onto first place in the weakened AL East but a serious October run is sure to elude them unless another starter is acquired or Chris Tillman and Ubaldo Jimenez experience tremendous turnarounds in the coming weeks.