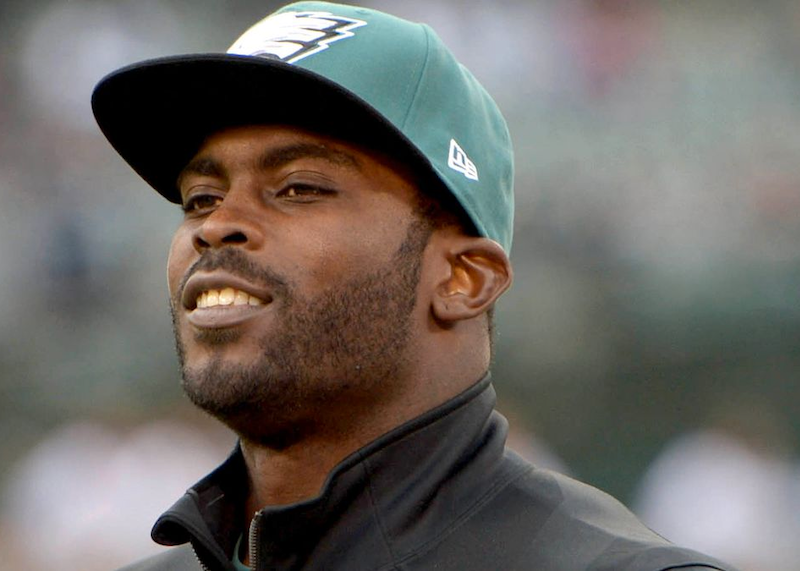 Former San Francisco 49ers quarterback Colin Kaepernick is looking for a new job. Unable to replicate his early success in the NFL, he can’t find a new gig lining behind the center. Some will tell you it's purely performance-based, while others are certain the NFL is blackballing him for his refusal to stand for the national anthem during games last season.

Former NFL quarterback Michael Vick, who doesn't think Kaepernick's being blackballed, was a guest on Fox Sports 1's Speak for Yourself on Monday, and said that the ex-49er should "cut his hair" and "just try to be presentable." Then came the outrage, because the only politically correct stance on Kap is that the racist NFL (which fields 70 percent black players) is punishing him for standing up for minorities beset by the police. Nobody knows the real reason why no team has signed him, but when looking for a job appearances generally do count for something. Vick’s comments were hardly offensive. Tom Brady could probably walk into an NFL interview with dreadlocks, board shorts, and flip-flops and still have a contract placed in front of him, but Colin Kaepernick’s no Tom Brady.

Former NFL star Shannon Sharpe blasted Vick on his FS1 show. “What Michael Vick just did was continually perpetuate a stereotype that black men look a certain way, dressed a certain way, should be judged a certain way,” said the former standout at tight end. Kaepernick, wisely silent on his hiring controversy, responded by posting on Twitter this definition of the Stockholm Syndrome: "When an abused victim, develops a kind of respect and empathy towards their abuser."

What Sharpe and Kaepernick were suggesting is that Vick is an Uncle Tom. The ex-jailbird Vick will be forever tainted by the fact that he murdered dogs, while Kaepernick is one of the most admirable people in the NFL. He's never had an off-the-field controversy, he stands up for what he believes in, and donates large sums to charities. Unfortunately, that counts for nothing in NFL front offices. If the NFL blackballs players, then why did a pariah like Vick get a second chance in the league after serving his time? It’s because teams thought he’d help them win and were willing to endure the criticism that would be part of the bargain. If NFL teams coveted Kaepernick like they once did Vick, Kaepernick would have had multiple job offers by now, even if he tried to look even more like a Black Panther and wore his Castro and Malcolm X t-shirts every day.

Kaepernick, by bringing up the Stockholm Syndrome, suggested that Michael Vick is an abused victim, but who abused him? He made millions in the NFL after coming out of a rough neighborhood in Newport News, Virginia. The league welcomed him back into the fold after a major transgression. He’s not a victim. He's just offering an opinion that’s not too popular among the many who are sure they understand this situation.

Social justice warriors never risk anything for their cause. Kaepernick’s not like those dilettantes though. He's willing to take real risks. Like or dislike what he did with his pre-game protests, what he did took courage. How he wears his hair is his own business. He's obviously not going to cut it, and it's doubtful it has anything to do with his current unemployed state. However, the people going off on Michael Vick and saying he's an appeaser should get a grip. His tonsorial advice was poorly thought-out, but his real sin was to say what's not allowed to be said: that Kaepernick's sub-par performance over the past few seasons is the real reason he's still waiting for the phone to ring.