What Happened to Elite Teams?

Parity in the NHL. 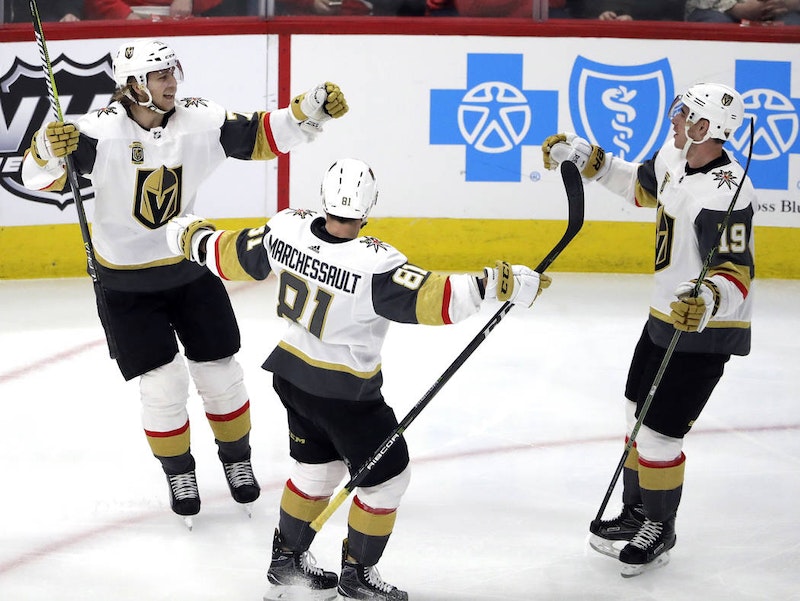 A philosophical question for the sports fan: is it more entertaining to follow a sports league with one or two or maybe three dominant franchises—a league where most teams have little to no hope of a championship, but where the best play the sport at its absolute highest level—or more entertaining to follow a league with a high degree of parity, a league where every team plays moderately well, and you never really know who’s going to win any given game on any given night or any championship in a given year?

In hockey, the question’s become more than philosophical. Over the 40 or so years I’ve been watching the NHL, it’s gone from a league dominated by a small number of dynasties—the Montreal Canadiens, the New York Islanders, the Edmonton Oilers—to one that’s defined by parity. The NHL added its 31st franchise this year, the (Las) Vegas Golden Knights, built like every expansion squad out of other teams’ cast-off players; expected like most expansion teams to miss the playoffs, the Knights have been near the top of the standings all season and at the start of February were the best team in the Western Conference, second overall in the NHL standings. You can say that this success is a function of how poor NHL player evaluation is league-wide. But it’s probably also accurate to say that Vegas gathered a collection of players roughly to par with the league average plus a couple standouts, and has been riding that depth to a successful first season.

Parity’s an odd beast. Look at the league standings and you see what looks like a wide spread, with good teams well ahead of the poor. Vegas and the Tampa Bay Lightning appear to be powerhouses. I think that’s a bit of an illusion, though. It’s become common in recent years for bad teams to become good with one offseason of player movement and recovery from injury; Tampa missed the playoffs last year. Conversely, some good teams become bad very quickly. The Edmonton Oilers made it to the second round of the playoffs last year, and before this season began were a hot pick to make it to the Stanley Cup finals. Thirteenth in the West on February 1, 12 points out of a wild card spot, they’ll miss the playoffs.

When there isn’t much difference between the good and the bad, the little differences that do exist become exaggerated—if a team’s slightly below the level of the rest of the league, everybody realizes it very quickly, and the reverse for good teams; the psychology of professional athletes is such that this self-definition can become destiny very quickly. Add in some injuries to a bad team, or good health for a good one, and you can get outliers that really aren’t that much better or worse than average. For a couple of teams the stars align in a good way, and they look like world-beaters. For others, the reverse. Minor differences beget major swings in results.

So let’s say most of the teams in the NHL are close to each other in talent. Some have more injuries, some have better or worse front offices, and some just have more luck. (The closest to a dynasty at the moment, the Pittsburgh Penguins, got lucky enough at the entry draft to get two generational talents at one of the most important positions in the game.) What this means is that any given team can beat any other team on any given night. Doesn’t that make the games exciting?

Yes, but also no. Coin flips can be exciting when they have a lot riding on them. They’re still coin flips. At a certain point it’s difficult to invest myself in an exercise of random chance. I miss the League as it was. Full disclosure: I’m a Montrealer, and the Montreal Canadiens of the 1970s, my childhood, were one of the great dynasties in the NHL’s history. But I really began consciously following the sport in the 1980s, when the Islanders and then Oilers were the dominant teams. What I remember from those years was the excitement of seeing those teams play at a high level; and, often enough, the thrill of seeing my team give them a run for their money or even beat them. Great teams bring out the best in their opponents, who have to play up to their level or be humiliated. And if you have no dog in the fight, watching an elite team play a good-but-not-great opponent can be a clinic in how the sport’s supposed to be played.

I remember watching the Detroit Red Wings of the 1990s play other teams who could hang in with the Wings for a period, maybe half a game—but who, by the second half of the second period, were always down a goal, and by the end of the game were soundly beaten by three or four goals. There wasn’t much suspense. But there was pleasure in watching a Nick Lidstrom, Sergei Fedorov or Steve Yzerman play the game quickly, intelligently, at a level above anything their opponent was capable of: they showed what the sport could be.

Theoretically, parity makes the games less predictable. And that’s true up until the point the game starts. At which point we see which team’s really interested in playing, which has had a rougher schedule in the past week or two, which has more players playing through injuries, which has their back-up goaltender starting—add it all up, and (at least to my eye) games are decided after one period about as often as not.

You’d think that parity would mean that more teams could stay in the playoff races deeper into the season. But again, that’s not the case. At least a third of the league’s effectively eliminated from the playoffs in early February. We’re getting the distance between teams in the standings without getting to see the difference between elite and ordinary teams on the ice.

The only benefit to parity is that we also don’t see terrible games. The flip side of those dominant teams in past eras were the doormats, teams that never seemed to break .500, never made the playoffs, or made it only to get knocked out in the first round. Put two of those teams together and you had something you had to be a fan to watch. Today, even expansion teams are entertaining. Which is good, as the League’s almost certainly about to expand again, to Seattle. Maybe we want to keep parity for another couple of years.