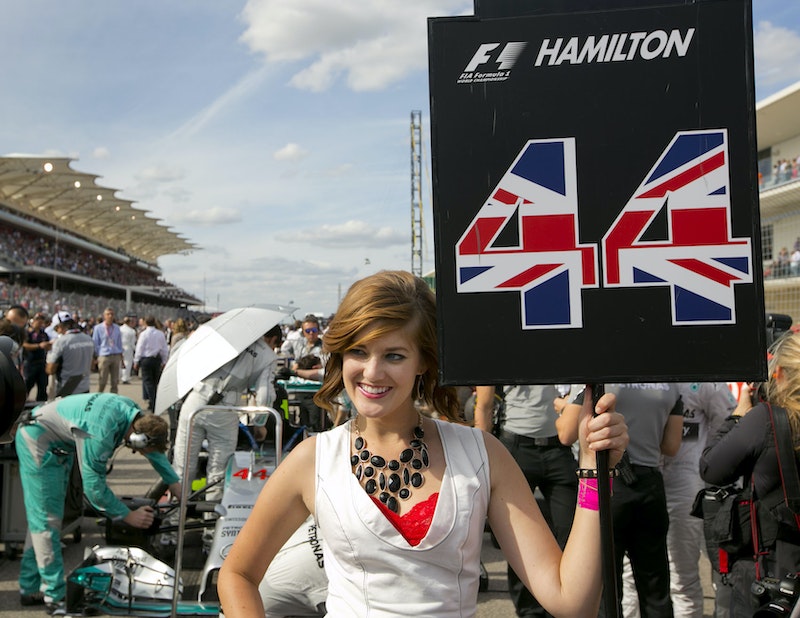 Formula One racing has announced it’ll no longer use “grid girls.” Grid girls are models used for promotion. They wear clothing that bears the name of a sponsor, or hold umbrellas or driver name-boards on the grid and the corridor where drivers walk on their way to the podium.

"Over the last year we have looked at a number of areas which we felt needed updating so as to be more in tune with our vision for this great sport," Sean Bratches, F1's managing director of commercial operations, said in a statement on the sport's official website. "While the practice of employing grid girls has been a staple of Formula One Grands Prix for decades, we feel this custom does not resonate with our brand values and clearly is at odds with modern day societal norms. We don't believe the practice is appropriate or relevant to Formula One and its fans, old and new, across the world."

This decision is a perfect example of the heavy hand of political correctness crushing what it’s attempting to help. Grid girls, like boxing ring girls, dart girls (they’ve also been nixed by the fun police) and girls who get hired to do booze promotions, are often aspiring models and actresses. Being a grid girl or something similar is an important first job in what can be a lucrative career.

Kelly Brook is a British TV star with one million Twitter followers. She’s also a former grid girl, telling The Sun: “It’s a well-paid job. It’s one of the best jobs I ever had. You dress glamorously and obviously it’s about being presentable but I never felt I was taken advantage of.”

Anyone who’s ever had experience in the entertainment business, or is related to someone who has, understands that these small jobs are vital in working your way to the top. In 2014 I was asked to do a reel for an aspiring model and actress named Shaina Scott. It was a small job, and helpful to her as she moved ahead. Shortly after she tried out for American Idol and made it into the top ten. Her work with me meant she had a reel at the ready, as well as photographs. Suddenly I was getting calls and emails from people in Hollywood asking to shoot them, and the film got re-tweeted by a couple of well-known actors. A small job created to celebrate Shaina’s beauty and charisma was a building block to other things. Anyone with the most rudimentary knowledge of entertainment and economics knows how vital these things are.

Grid Girls don’t just show up, look pretty, and go home. The job requires networking—meeting drivers, TV producers, reporters, photographers, and other actors. It’s part of the entertainment ecosystem that’s crucial for those who want to get into the business. One thing leads to another. Remove that first step and it’s hard to get up the ladder.

Brad Pitt once recalled that he owes his success to a stripper he met on a low-paying job. Talking about one of his first jobs, Pitt said, “My job was to drive [strippers] to bachelor parties and things. I’d pick them up, and at the gig I’d collect the money, play the bad Prince tapes and catch the girls’ clothes. It was not a wholesome atmosphere, and it got very depressing.” Yet before quitting, Pitt made a critical show business contact. “This girl—I’d never met her before—was in an acting class taught by a man named Roy London,” a famous acting coach. “I went and checked it out, and it really set me on the path to where I am now.” He added: “Strippers changed my life.”

Strippers changed my life. That should be the motto for Formula One 2018.