Ubaldo Jimenez and the Indians: Are They Contenders?

Sizing them up against the Yankees and Red Sox. 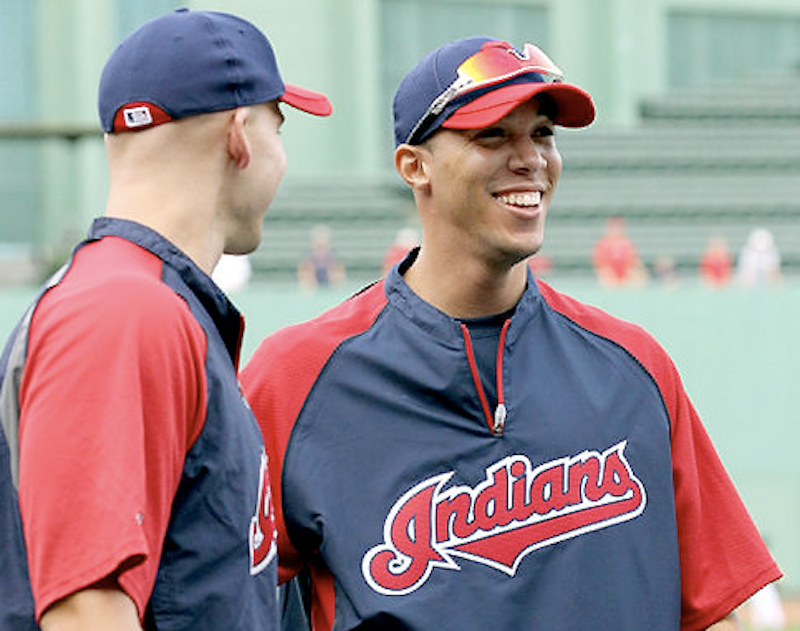 Last Saturday night the Indians swooped in and stole the best starting pitcher on the trade market. Ubaldo Jimenez had an amazing first half last season (a 2.88 ERA with 8.7 K/9 and 3.7 BB/9 in 221 2/3 innings and finished third in the National League Cy Young voting). Only 27, 2011 has been streakier, but Jimenez is still effective. He’s still striking batters out far more than he walks them, and getting a fair portion of ground balls in the process.

The beauty of Jimenez is more than his youth and success; it’s his contract. He’s being paid just $2.8 million this season, and $4.2 next year, and then the Indians will have a club option for $5.75 (another club option for $8 million was voided by the trade). That’s about what you’d pay a decent stopgap middle infielder, not a rotation ace.

A cheap, long-term contract, 27 and World Series experience with the Rockies in 2007. What’s not to like? Pitchers like Jimenez are almost never dealt, and if they are there are extenuating circumstances. He’s an ace with no make-up, conditioning, or injury issues and he was available on the trade market.

Before acquiring Jimenez, the Indians’ rotation featured exactly one starting pitcher who’ been above league average this season. So there was obviously a need. Combine Jimenez with Justin Masterson’s breakout season and you have starters for games one and two of a playoff series. That is, if the Indians can make the playoffs.

With the way the Red Sox and Yankees are playing, one of them is going to win the AL East and the other will grab the AL Wild Card. So the questions then becomes, are the Indians now the best team in the AL Central and, if so, can they compete with the big boys in the East?

The difference between the Tigers and the Indians so far this season is simple to articulate. Justin Verlander has been better than Justin Masterson. The Tigers hit the ball a bit better than the Cleveland, but it’s not a huge difference. The addition of Jimenez really does even things out between the two clubs. That’s not to say the Indians have vaulted the Tigers, but it’s closer to an even fight than it was before the deal.

To win the American League, the Indians will have to beat either Boston or New York, and likely both. I don’t say this in a “the road to the pennant goes through blah blah blah” kind of way. Baseball’s rules stipulate that, for some unknown reason, the Wild Card can’t face an opponent from their own division in the first round. In other words, if both New York and Boston make the playoffs, and Baseball Prospectus puts them both at above 97% to do so, the AL Central winner will have to play one of them in the first round.

But, here’s the reason for hope. The first round is a five-game series, in which Jimenez could throw two games. Regardless of who else starts for Cleveland, that gives the Indians a fighting chance. Fill in the edges with Masterson (who owns the Red Sox, his former team) and the Indians could pull it off.

Subtract Jimenez though, and Masterson becomes the game one starter. He’s a fine pitcher, but it’s harder to see the Indians beating the likes of Josh Beckett or C.C. Sabathia in both games one and five of a series in that scenario.

The Indians aren’t the best team in the league even with Jimenez, but then they don’t have to be. They just need to give themselves a good shot and now, with Jimenez in the fold for two more seasons beyond this, they have done that.