Predictions for the season's end. 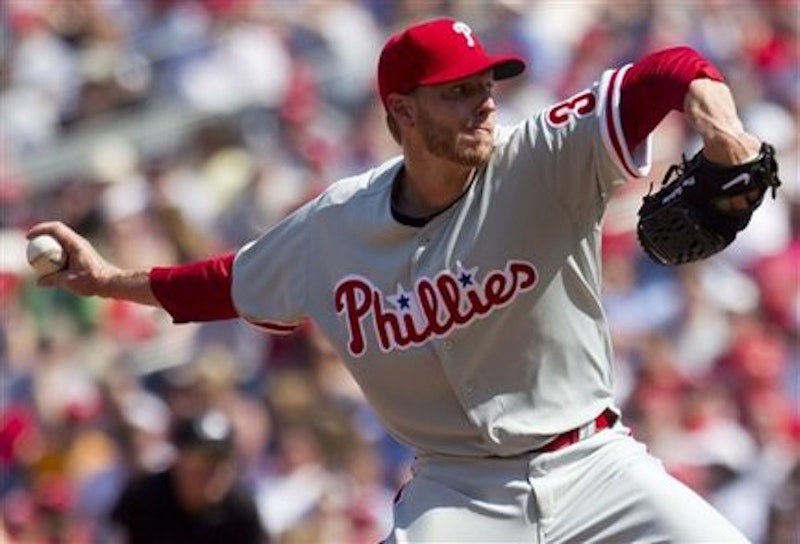 While playoff races are developing in earnest, baseball sportswriters are clamoring for a juicy topic to report on. Until the August 15th draft pick signing deadline, however, they’re out of luck. Baseball is still being played, though, and as the end of the season draws closer, so do the annual awards. As always, there are many candidates this year, each of a different ilk, and each with their own supporters:

It’s a little unfair that the most deserving player is fourth on this list, but the award is called Most Valuable Player, and the Blue Jays could have lost without Joey Bats. There will still be some analysts who think otherwise, including Bill James, and they make a strong argument. With advanced sabermetrics, we can more accurately evaluate the game and determine who’s the most valuable over the course of a season. The Cy Young has morphed from a contest of wins into a fair and precise award given to the best pitcher. The MVP will eventually change too. For now, though, voters carry the mindset that the award must go to a playoff bound superstar, and that’s why Boston’s Adrian Gonzalez is still the front-runner.

After a scorching first half, the first baseman has been only mildly impressive since the All-Star Game. His average is still tops in the majors, but with only 18 home runs, teammate Jacoby Ellsbury is set to outslug him. Not that losing to Ellsbury in a power contest is bad, especially considering the monster season he’s in the middle of, but prior to this year, the center fielder’s career high in round trippers was nine. Now boasting a .319 AVG, Ellsbury might be slowly taking over as the favorite in this tight MVP race. His legit power-speed-contact-range combination makes him a near-complete player who scouts and analyst’s love, missing only arm strength. Pedroia, however, is the best of the bunch. The “Muddy Chicken” does everything well, and his 6.7 WAR speaks for itself. A .311/.401/.479 slash line is doubly impressive when his 15 home runs, 26 doubles, 22 steals, 13.3 BB%, and stellar defense at second base are taken into consideration.

Once again, the best player available is not the most likely recipient. Dodger Matt Kemp has finally developed into the superstar that most scouts predicted he could be. He’s the only hitter doing well on his team, however, and probably the main reason why the Dodgers have mustered up a lackluster, but not horrible, 52-62 record. Another five-tooler filled with promise could take his place, instead. Justin Upton is currently leading the against-all-odds Diamondbacks in an attempt to win the division from the slumping Giants. Braun has similar numbers to Upton, with a much healthier batting average and OBP, but his suspect defense in left knocks the “Hebrew Hammer” down a peg. Victorino, the leader among the four in WAR, is doing a little bit of everything in Philadelphia.

Weaver has the sparkling ERA, at 1.78, but other than that, he loses to Verlander and Sabathia is nearly every category. Verlander leads the league in innings pitched and strikeouts, is second in BB/9, and has a no-hitter under his belt. The Yankees’ ace is close behind, and before his meltdown against the Red Sox last Saturday, was riding a hot streak that made him the most dependable hurler in baseball.

There is no pitcher better in baseball right now, and there hasn’t for five years. Halladay may be in the middle of the best season of his career, and at age 34. The two-time Cy-Young winner is about to receive his third, because the righty’s numbers are unrivaled. The only pitchers who could give Doc a run are teammates Cliff Lee and Cole Hamels, and Los Angeles lefty Clayton Kershaw. Halladay has no need to worry, he locked this one up in July.

AL Rookie of the Year—

With 22 home runs, Trumbo leads all rookies, and is tied for 15th among all players, in touch-‘em-alls. After a few bad outings, Michael Pineda, “The Prince,” has fallen from “future top 5 pitcher” to “potential ace, solid number 2.” I still believe in the kid, and when put with Ackley, the Mariners have a very solid core going forward. Reddick is a bit of a dark horse, but he’s tied with Trumbo among rookie offensive leaders in WAR, with 1.9. If he continues at this torrid pace, the award might go to the late-June call-up.

NL Rookie of the Year—

Espinosa is the clear favorite, with 17 home runs and high-quality defense at second base. His .228 average is a concern, but a bad but not debilitating .267 BABiP may be in part to blame. Kimbrel is the obvious runner up, because even though he’s performing as one of the best closers in baseball, position players are valued much more. Freeman meanwhile has developed into his own and showing power where scouts thought there wasn’t any.