Three teams who got it all wrong. 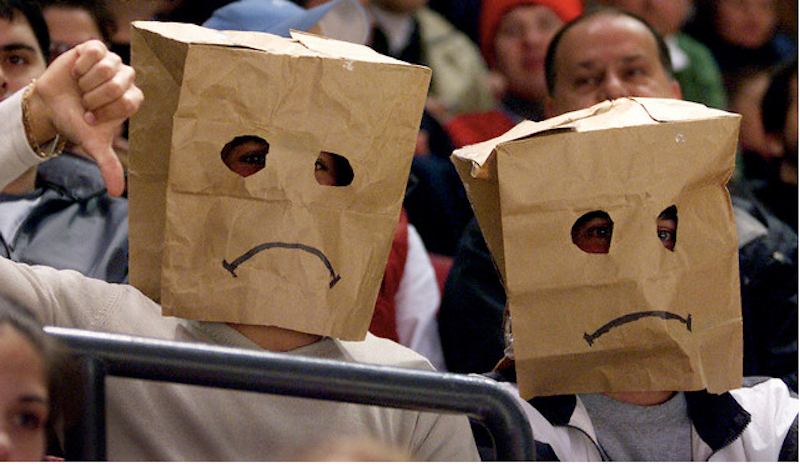 The end of July means several things. It means hot, muggy days, the pennant races pick up speed, and it’s time for my cat, Mr. Pickles, to piss on the fridge. And July 31 is the last chance to deal any players that a contending team would actually kind of want. Sure, there’s the waiver deadline (August 31), and that’s not insignificant for true baseball nerds, but there’s not a lot of drama then.

There were some important deals made this year, including the Giants picking up Carlos Beltran from the Mets and the Indians trading their entire farm system, tomato plants and all, to the Rockies for Ubaldo Jimenez. Those transactions could alter the championship picture, but they’ve been analyzed to limbless mutilation. And anyway, some of the most interesting deals are contemplated, rumored, and then not made. Those are the unspoken statements of ineptitude, indecision, or simple wrong-headedness. Here then are three clubs that made questionable decisions at the deadline.

Picked by just about everyone outside the Pittsburgh area to finish last, the Pirates found themselves in an odd position this trading season: first place. Somehow, through the incompetence of rival teams in their division the Pirates sat tied for first place in the National League Central Division at 53-47. Mind you, the Pirates are not very good. Their pitching was riding an unsustainable wave, while the offense was Rob Schneider sitcom pilot bad. What’s more, it didn’t take a PhD in Baseball Sciences to see a fall coming, which is good because no such degree exists.

And yet, likely because the Pirates have not had a winning record since George Bush was in office—not W, the first one—the team’s front office decided to go for it. The reasoning wasn’t entirely unsound, but the Pirates roster had (and has) so many holes that there was no way to plug them all. Trading for first baseman Derek Lee, who is baseball’s version of the US economy, was unlikely to fix the myriad problems. Not surprisingly, it didn’t. As of this writing the Pirates are in collapse mode and have fallen to 10.5 games out in the Central division.

The Rays are one of the better teams in baseball this season. Unfortunately for them, they play in the American League East, the Broadway of divisions, which includes two of the top three teams in baseball; Boston and New York. At the end of July the Rays found themselves 9.5 games out of first place and exactly the same number of games out of the Wild Card. Their chances of making the playoffs were, if not nil, then very small. The prudent decision was likely to strip away any higher priced veterans and ready the club for next season. The Rays held a few trade chips that contending teams might find desirable, most prominently outfielder/DH Johnny Damon, whose particular kind of scrappiness might help a playoffs-bound club. What’s more, dealing Damon would rid the Rays of the rest of his $5.25 million salary and net them some prospects. But for some reason, the Rays opted to keep him. Maybe they hope to re-sign him (something they could likely have done anyway) or maybe the offers for Damon were simply not there. It’s tough to second-guess the Rays’ superb front office. And in truth Damon could still be dealt this month, as could reliever Kyle Farnsworth, who has somehow resurrected his career. The Rays will certainly place both on waivers, but the chance to get maximum value for the two has likely passed.

Verdict: There’s still time to rectify this, but…

The Mets’ new regime has taken over mid-mess, so they deserve the benefit of the doubt as they try to figure out how to best improve the franchise. They weren’t entirely quiet at the deadline either, dealing the aforementioned Beltran to the Giants for a highly-touted pitching prospect. However, that doesn’t entirely get them off the hook. Twenty-eight-year-old star shortstop Jose Reyes will be a free agent at the end of the season and the team had an opportunity to dwarf the return they got for Beltran by trading Reyes, who’s having a spectacular year. Instead, the Mets opted to keep Reyes, and now, naturally, he’s on the DL again.

The Mets may have determined keeping Reyes is their key to contending in the near future or maybe they were unable to find an offer that eclipsed the one or two first round draft picks (depending on the team he signs with) a departing Reyes would net the team. I’d dispute both notions on the grounds that, 1) the team isn’t close to contending, and 2) it’s almost inconceivable that Reyes wouldn’t have netted more value on the trade market than the draft picks, who the Mets will still have to sign and pay for. Reyes was an opportunity to re-stock what has become a depleted farm system and in the process set the stage for the next good Mets team. Instead, they didn’t pull the trigger.