The Mariners and Padres are in similar positions. 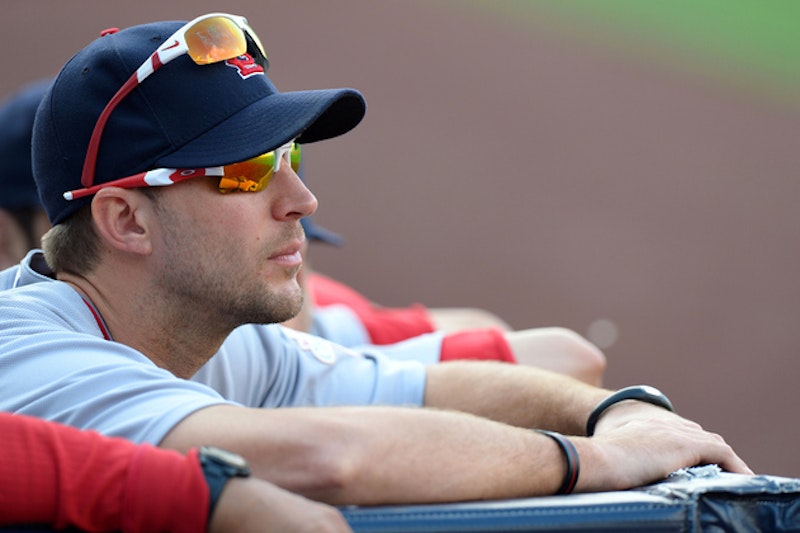 In 2013, the San Diego Padres and Seattle Mariners will be very similar teams. Most notably, in recent years, both clubs have struggled to win games and draw fans to their ballparks. Once they start winning games, the fans will come back. That’s not always the case (see: Tampa Bay Rays), but since both franchises have posted far better attendance numbers in competitive years, it’s likely.

The similarities don’t end there: the Padres and M’s both play in extreme pitchers parks, have deep farm systems, compete in tough divisions, and have major league clubs full of upside. San Diego’s 76-86 record in 2012 doesn’t do the team justice—in the second half, they exploded, with third baseman Chase Headley leading the way. Headley hit 286/.376/.498 with 31 home runs, compiling 7.5 fWAR, en route to a couple of MVP votes and a Gold Glove (even though he is an excellent third baseman, he did not receive the award for his fielding, no one does). Seattle has a star of their own, except he’s on the pitching mound: Felix Hernandez, or King Felix, is the second best pitcher in baseball, next to Justin Verlander, and there’s no reason to believe he’s going to give up his crown anytime soon.

Surprisingly, both clubs have some very talented players surrounding these stars. For the Padres, Cameron Maybin, Will Venable, Yasmani Grandal (once he’s finished serving his 50 game PED suspension), Carlos Quentin, and Yonder Alonso shore up an offense that would tear it up in nearly any other park. Petco, however, mutes their bats and makes them seem less impressive than they are. The same goes for the Mariners offense, led by Kyle Seager, John Jaso, Michael Saunders, Dustin Ackley, Jesus Montero, and the newly acquired Kendrys Morales.

There is one big difference between the two teams, though, and in the long run it could prove instrumental. Padres GM Josh Byrnes has focused too much on offense, which is going to be diluted because of Petco Park’s spacious confines. He should have instead centered his attention on acquiring elite pitching prospects, like Seattle GM Jack Zduriencik. Even though Seattle only has two great hitting prospects, Mike Zunino and Nick Franklin, they make up for it with four great pitchers, Taijuan Walker, Danny Hultzen, James Paxton, and Brandon Maurer. Since Safeco Field is a pitchers park (although the fences are moved in for 2013), any hurler throwing there will get a boost. Naturally, for a team that plays 81 games a year there, they’d want a dynamite pitching staff. In lieu of a trade (like the one that almost sent Justin Upton to Seattle for Franklin, Walker, and a couple other players last week), Seattle will have an excellent pitching staff, even if only two of the four players pan out.

That’s more than can be said for San Diego. So, while both teams are in a similar position, the Mariners are more primed to contend long-term. In 2013, however, I bet the Padres will be better, and maybe even a surprise contender.