The Hall of Fame shutout reeks of revisionism. 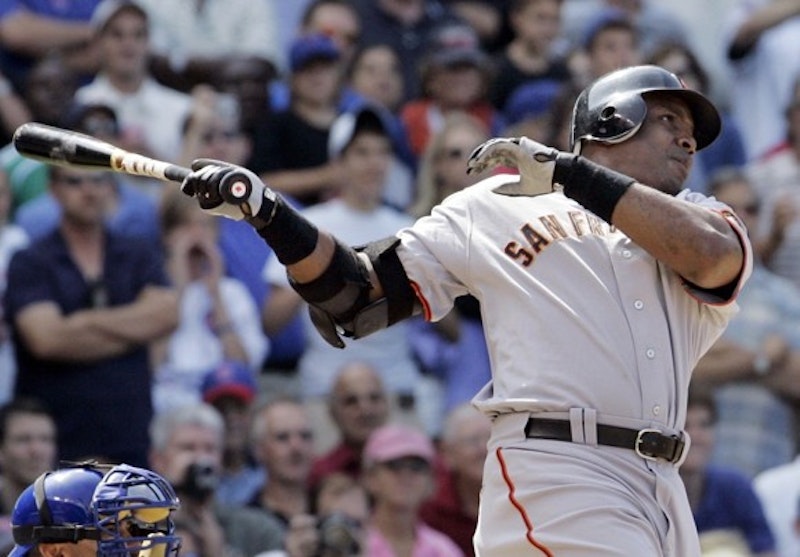 As sports fans know, the Baseball Writers Association of American (BBWAA) failed to elect a single player to the National Baseball Hall of Fame on Wednesday afternoon. Despite perhaps the most star-studded group of eligible players since the late 1930s no one will be celebrated in Cooperstown this August. Many BBWAA members took to the radio, Internet, and social media last night to pat themselves on the back for making some great statement about baseball’s “steroid era.” Sadly, the only the statement they made is that the Hall of Fame will soon be irrelevant.

I understand that some voters are conflicted when it comes to Barry Bonds and Roger Clemens. The pair of all-time greats has become the poster boys for MLB’s performance enhancing drug problem. Of course, the writers had no problem voting for them to win a combined eight MVPs and seven Cy Youngs. If I had a vote Bonds and Clemens would be on my ballot. A Hall of Fame with Pie Traynor and Phil Rizzuto but without the biggest stars of the 1980s and 90s is pointless in my view. Let the museum tell the history of the game, the whole history.

The biggest problem with Wednesday’s voting results is that there was no consensus among the writers as to who should and shouldn’t be implicated by the PED mess, or how they should handle the situation going forward. There was no boycott of Bonds or Clemens. They both received more than 35 percent of the vote. Players whose only crime to date is having big forearms like Mike Piazza and Jeff Bagwell fared slightly better. The presumably clean Craig Biggio, a member of the 3000 hit club, should’ve been a no-brainer but fell short of election. Tim Raines and Alan Trammell, two of the best players of the 1980s, look like shoe-ins for enshrinement but to date haven’t garnered appropriate recognition for the accomplishments. I don’t remember Trammell or Raines popping up in the Mitchell Report.

The writers who failed to accurately report history as it occurred are now using the Hall of Fame voting process as revisionism. Five BBWAA voters submitted blank ballots on Wednesday, which is the equivalent of closing their eyes and putting their hands over their ears. It happened guys. We all watched it, and cheered, and bought jerseys, and you filed game stories.

Commissioner Bud Selig and the owners counted gate receipts as the integrity of the game went out to left field. The members of the BBWAA stuffed free press box hot dogs into their mouths and lauded on-field exploits as the sanctity of the record book was shattered. Fans filled ballparks to watch obviously juiced up behemoths smash baseballs at unfathomable rates. Don Fehr and the Major League Baseball Players Association traded respectability and player safety for higher salaries. Was it wrong, maybe? It sure was entertaining and it occurred with the tacit approval of all parties involved including the BBWAA.

So now the baseball writers have decided that future fans, the game’s history, and a small town in upstate New York should pay the price for all of our transgressions. The players and owners made millions, the writers have assumed their places on the pulpit, and the game rolls on.

I fondly remember my two trips to Cooperstown. I first went with my dad, brother and nephew a few weeks after the induction of Jim Palmer. I’d like to make the same trip with my kids someday to show them the glorious history of the greatest game. Unfortunately, if the Hall of Fame doesn’t make some serious changes to the voting process and the people who submit the votes then there may no longer be a museum worth visiting. A Hall of Fame without the all-time hit king (Pete Rose), all-time home run king, best hitting catcher ever, and one of the five best pitchers in history is a farce.