Thoughts On a Lifetime of Playing Tennis 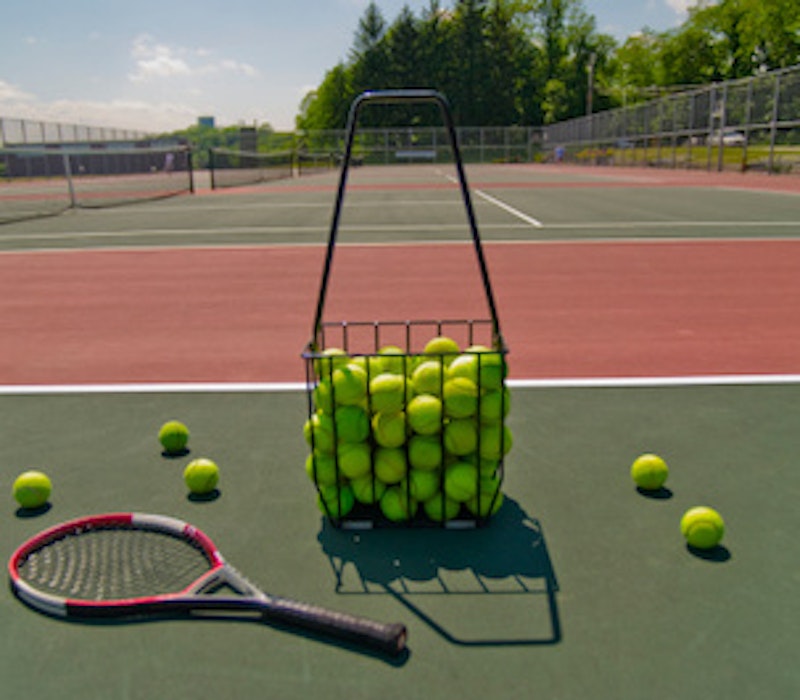 I've never missed a Wimbledon men's final since around the age of 12. I've watched it from as far away as Tokyo, at some ungodly hour. In 2008, I watched Rafael Nadal defeat Roger Federer in the final, in what's now known as the greatest tennis match of all time, in the lobby of a Red Roof Inn in Charlottesville, VA. My TV had gone on the fritz at the last minute, and somehow that's where I ended up.

This year it was up in the Adirondack Mountains in northern New York State. The thrilling five-set match between Roger Federer and Novak Djokovic, two of the greatest ever to play the game, lasted over five hours, but I was riveted to the TV the entire time. I understand that some people have no interest in sports, but I wonder if they ever get a viewing experience as intense and satisfying as the one I got on that July day.

The pleasure's enhanced by the fact that I've played tennis since a young age, giving me some extra insight into what's happening on the court and inside the players' heads. That's not to suggest that any of my matches have ever approached epic status. I never competed officially after my years on the high school tennis team.

My only "epic" match (in my head only) came during the second contest of the season against our despised crosstown rival, “East High," which was on their courts. In order to defeat them for the second time that season, I needed to beat a player I’d lost to in our first meeting. As it happened, I'd known the guy for years and didn't like him, which made the revenge win sweet.

My opponent didn't take the loss well. I think he'd assumed he was going to win again, and afterwards there were no sporting words about it having been a good match. During our post-match handshake, he yanked my hand up about a foot and then brought it down forcefully, with a grim look on his face. That's rude, but I loved it. What more could I have asked for, considering the unique circumstances? That was my single, fleeting moment of sports glory.

People tell me that tennis is an elite, exclusive game, but that's never been my experience. I learned the sport, like I did basketball, on public courts. The only expense was the purchase of a racquet and a can of balls. Country clubs all have tennis courts, but you don't have to belong to one to learn the game. Serena and Venus Williams grew up in Compton, California, which should’ve dispelled the outdated cliché that tennis belongs to the leisured upper class, but it lives on.

Andre Agassi wrote in his fascinating autobiography that he'd always hated tennis "with a dark and secret passion." That he felt this way, even after all the riches and fame tennis had brought him, was difficult to grasp when I first read this. I doubt there are any pro basketball players who'd say such a thing, or Major League baseball players. But those sports have off-seasons, which allows the athletes to decompress and heal their bodies. Tennis is more of a year-round grind that takes both a mental and a physical toll. The players hit that ball hard, but it just keeps coming back at them.

You can only hate a sport like tennis if you're competing at the highest level, where it takes over your life and often demands more than you think you have to give. The top players don't get eliminated early in tournaments, so they endure extra punishment. It's easier for me to understand why someone competing in a sport like cross-country would detest it, as I was also on the cross-country team in high school.

There's little joy and anticipation in a cross-country practice. You don't ever hit a spectacular down-the-line backhand, or get to hear the swish of the three-pointer you sunk while double-teamed. The only sound you hear is a bunch of feet hitting the ground repeatedly. We'd do a two-mile run as a "warm-up" before even doing calisthenics. Practices were hard labor, and the coach was the head of the chain gang. Cross-country's for masochists, but tennis practices, run by our laid-back coach who never taught me one thing, were always a welcome change after trying not to look at the clock in classes all day long.

I've always gotten a feeling of sweet anticipation walking onto a tennis court before playing a match. The only other sport that's given me this pre-game rush of exhilaration is basketball. I get a diminished version of it from golf, attenuated perhaps by the fact that, in that game, it's much harder to put one awful shot behind you. There's an anxiety factor that cuts into the joy.

Your opponent can sometimes wreck your buzz, however, as tennis has its fair share of annoying competitors. Maybe that's because of how much work you often have to do to win just one point. A basketball player can run down the court, catch a pass, sink a jumper, and feel satisfaction. But the tennis ball, even if you hit real good shots, can keep coming back over that net to you over and over. When things start to feel Sisyphean, players can get cranky.

The kind of player that's gotten to me a few times over the years is what's called a "dinker," aka "human backboard." Whatever you throw at them, they return it deep enough to be effective, but with little speed. It's frustrating to play someone whose game's entirely defensive, but when I've let it bother me, it's been my own fault. Nobody's obligated to play the game the way I want them to play it.

In a sense, tennis is physical chess. The object is to solve a geometric puzzle. In tennis, as in chess, it often comes down to waiting for you opponent to make the first mistake and being able to capitalize on it. But that can be a real challenge, because the ball tends to keep coming back over that net, over and over and over.