Will this situation improve anytime soon? 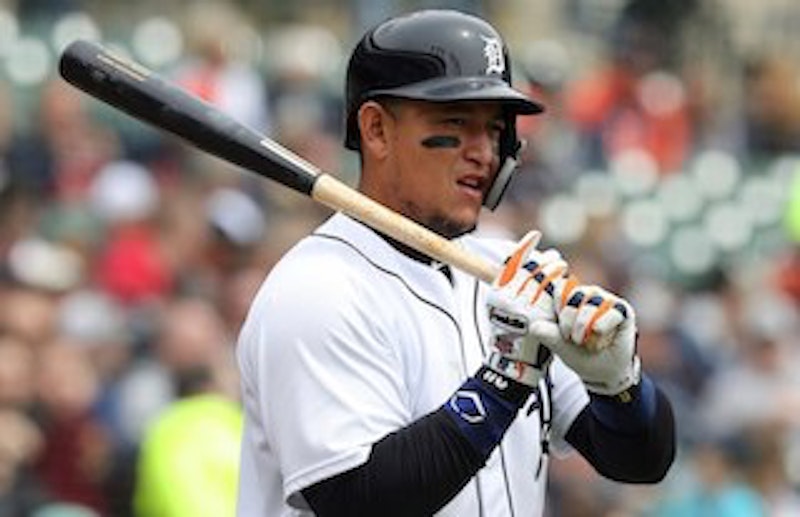 Earlier this month, President Donald Trump announced additional sanctions on Venezuela, which equate to an embargo against the country. As a result, Major League Baseball will not allow its players to compete in the Venezuelan Winter League (Venezuelan Professional Baseball League) this upcoming offseason; this is because the league is state-owned by “president” Nicolas Maduro's government.

It's not MLB’s voluntary choice. Legally, it's an order they must follow. A number of its elder prospects and Quad-A big leaguers use the league for player development, competing against tough competition in the offseason as they prepare for spring training. It also serves as a way for such players to supplement their atrocious minor league salaries as the league paid its players somewhere in the $10,000 to $20,000 range for a 63-game season back in 2011, according to Fox Sports.

Keep in mind, the Triple-A minimum salary is only $2150 monthly for a season that lasts around five months. There are other winter leagues in Puerto Rico, Mexico and the Dominican Republic in which these players can compete, but by taking one league away there are now less spots for players to earn experience and money.

The ultimate fear, according to ESPN, is that Maduro could retaliate and outright ban Major League teams from signing players from his country. This would create another Cuba debacle, except this time it would be the Latin American government preventing the United States from doing business in the nation. The difference here, however, is that Cuban prospects would be bought out and signed out of the Cuban Baseball Federation whereas MLB teams sign amateurs as young as 16 out of Venezuela. Still, it would be a major blow to a league where Venezuela is the third most common country of origin—behind the United States and the Dominican Republic.

Even if Maduro does not enact that ban, Venezuela’s crisis has already negatively impacted Major League Baseball. As a result of the nation’s political instability, the Venezuelan Summer League disbanded following the 2015 season. Like the Dominican Summer League, it served as an entry point for (primarily) Venezuelan players into pro baseball. On top of that, in the span of a decade nine MLB teams disbanded their player development academies from the country that fed, housed and educated players. In 2006, 13 teams had academies in the country, as opposed to just four in 2016, according to NPR.

As parts of MLB organizations, the players worked with professional coaching staffs and got paid. Towards the end of their Venezuelan academy, the Seattle Mariners, for whom money is no issue, couldn’t find enough food to feed their 40 players three meals per day in the country.

For scouts and team officials, accessing the country is no longer as easy as it once was; they now need work visas to go down and watch players compete. In a country where the Maduro government kills its dissenters, denies its people humanitarian aid and residents are forced to kill and eat zoo animals to survive, many issues exist. Food shortages worsened by protectionism/price controls are one thing, as is desperation. Neither is good for the sport.

Safety is a major concern MLB teams have when it comes to Venezuela. Two former MLB players, Luis Valbuena and Jorge Castillo, were killed last December in an attempted robbery. Valbuena had played in the big leagues as recently as August, so he could’ve been in the league again this season. There’s also the threat of players and family members kidnapped for ransom—and potentially killed if something goes awry. New York Mets catcher Wilson Ramos was a kidnapping victim in 2011. Last year, the mother of Pittsburgh Pirates catcher Elias Diaz was also kidnapped for ransom. Even before the crisis, this was a threat. In the 2000s, retired MLB pitchers Victor Zambrano and Ugueth Urbina both had relatives kidnapped for money; Urbina’s attempted murder conviction was unrelated to this incident.

Hyperinflation has made meat and milk unaffordable for the average Venezuelan family. In 2017, the average Venezuelan lost 24 pounds and nearly 90 percent of the country lived in poverty. As Dr. Arnaldo Machado, a medical advisor to the Detroit Tigers, based in Caracas told Reuters at the time, “We are seeing a 35 percent decrease in daily protein intake among players between the ages of 10 to 15. And the nutritional situation is much worse for children six years old and younger.”

There are about 100 private baseball academies in the country which ensure players in that age range receive the food and training they need, but those cost money and only the country’s wealthy can afford those kinds of luxuries at the moment. If Venezuela is not stabilized soon, there could be long lasting consequences for Major League Baseball, mainly even less Venezuelan players in both the minor leagues and big leagues.

Venezuela’s largely oil export-based economy suffered greatly when the price of it dropped earlier this decade. Once hailed a functioning state socialist nation, its economic model put forth by ultra-populist Hugo Chavez and continued by Maduro proved unsustainable long term. Conflict has worsened since Maduro won the country’s rigged 2018 federal election in a landslide. And sanctions from countries like the United States aren’t making life any better for the nation’s impoverished.

Will this situation improve for MLB anytime soon? Probably not. A robust Venezuela and for that matter, a strong Latin America, is what the league needs to ensure it receives more top-line talent and can effectively use the global market.