The View From the Sidelines 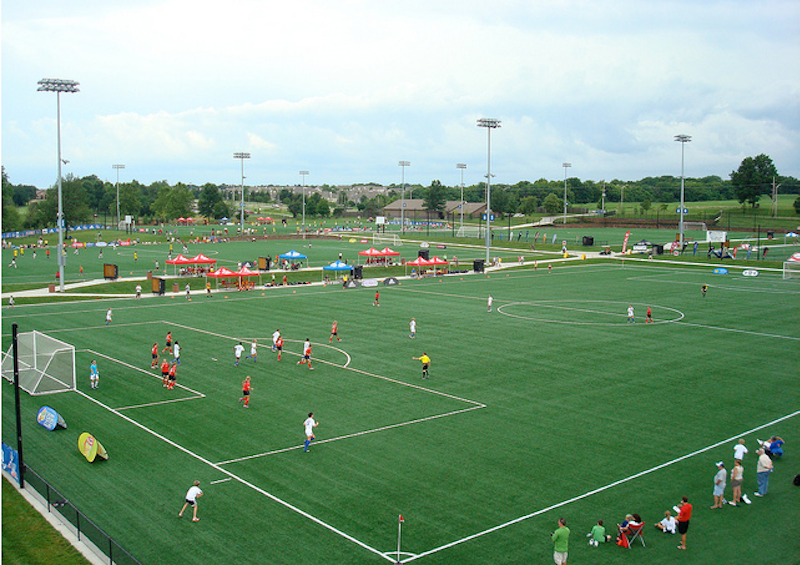 There is no reason why anyone should struggle for 15 minutes to erect a sun tent to watch a little league soccer game that will last no longer than a half hour. There is no way that a soccer parent should spend the entirety of a soccer practice consumed by shifting images on a smart phone. There is no reason that, three practices and games into a season, a soccer parent should be in tune enough with the ebb and flow of traffic in and out of the warren of playing fields to know that maybe it’s necessary to show up a little early, for practices and games.

There is no such thing as coaching little league soccer and then retiring, serenely, into indifferent soccer parenthood. You can pretend. You can mentally flip through concerns and possibilities and ideas or stab uselessly at brightly colored blocks on an iPhone or swat at sharp-toothed invisible insects. You can attempt to rebrand yourself as a disinterested spectator. Once you’ve coached, though—as a primary or an assistant—angles present themselves as grind through whatever else you’ve chosen as a cerebral distraction, and the players’ dedication and decorum (or lack thereof) gnaws away at you. The YMCA has a credo all players have to recite before a game, something about good sportsmanship and fun, and while that’s all well and good, it’s natural to want to see your side kick a little pre-first grade ass.

That dramatic, distracted girl—the tall, pushy one who tends to collapse and stay collapsed during practice—is a dependable irritant, and it seems to you that the coach isn’t hard enough on her. The team’s Michael Jordan, a dark-haired girl with a quick and ready smile, doesn’t even bother to show up at practice, which is bullshit. Why are small, non-soccer playing children allowed to wander on and off of fields while practice is happening? Why doesn’t the coach have a whistle? Why isn’t he freaking out, even a little, when exercises descend into tag-you’re-in-anarchy and giggles?

The drills the kids run emphasize play and good times while building dribbling and scoring skills, and you commend that, but then at the same time, these kids don’t want it bad enough, to win; they’re not committed enough to the passing drills or core competencies of teamwork, and in games the control displayed during practice is absent.

So you spend a lot of time thinking about how different it would be if you were running the operation, or helping to run it. So often you almost step in when you see the coach losing the proverbial room, but understand that he has a better feel for the team than you do, and a failed campaign yields a fresh drill. The troops perk up, fall back into line. You kick one of several balls that have found their way to the sideline back in. That one parent whose daughter really obviously don’t like soccer, who volunteered to coordinate the drink and snack schedule, has not seen anything her daughter has accomplished in practice today. Not a thing. Nothing. She is molesting a smart phone and wearing huge sunglasses. There are 10 minutes left. It’s time for a scrimmage.