For these sad characters, life revolved around “slamming.” 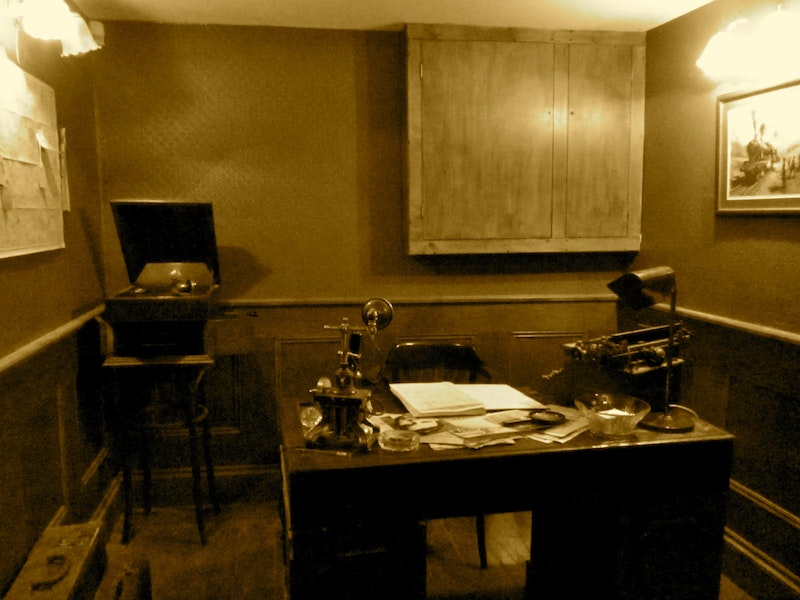 There are the slammed and the unslammed, yet at night it’s so hard to tell one from the other. Some people roam the boulevards looking to be slammed, others to do the slamming. A handful of unfortunates do neither, but can you blame them?

Detective Jack Chaser always had a slam piece waiting for him—a dozen per week, 50 in a month. He was a legendary slammer, not that labels like that mattered to him when he was busy pulverizing punks and taking down the mob. He was so caught up in his work that he didn’t even remember the names of any of the slams. The slams weren’t particularly noteworthy, but still Chaser went at it for the same reason that a dog chases its tail or a cow jumps over the moon.

Then there was Camden Camden. She was a real hot tomato, and most thought she slammed all night long. But no slam was ever good enough for Camden Camden, who’d go home alone and cry herself to sleep. It was a sad life, but that’s how things usually work when other folks think you have everything going for you.

That blockhead Oscar Berkman was one lonely fellow. Even though something wasn’t right with him, emotionally speaking, he tried his level best to slam. He had a lot of tedious slams, many of which went awry for reasons you couldn’t believe and I can’t explain. In spite of that, he was a nice enough guy—except, of course, for the times when he wasn’t, when he was just a marble-mouthed blockhead who couldn’t even recite a Dick and Jane book.

Brian Powell had soft eyes, a receding hairline, and a set of puckered-up fish lips. When you got right down to it, he looked terrible. Nobody in their right mind was going to slam this sad sack, but that didn’t stop him from sliding into their Twitter DMs, hoping to make a little headway on account of his “verified” blue check. “I wrote a hot take you might have read,” he would tell them. “It’s pretty good. Very now and intersectional and whatnot. So what do you think about some hanging out? Would that be okay with you? It’s okay by me!”

Pillowface Jones didn’t know what she wanted. Admittedly, she possessed a pillow for a face, had gained some weight in all the wrong places, and was on the bad side of 30. In spite of that, she felt that she deserved nothing but the very best. “I’m so worth it!” she’d tell herself before going out on the town. Hours later, she’d wind up at home and unslammed, but even as the days became months and then years, her optimism remained undiminished.

The Handsome Senator slammed every attractive person who came within 10 feet of his prepossessing personage. His spin doctors and personal assistants worked overtime to keep these indiscretions secret, but eventually two intrepid reporters broke the story and #MeToo’d that lascivious son of a gun. However, the Handsome Senator smiled his way through the contretemps, and before you could say “Jack Robinson,” it had been forgotten. If he’d been uglier and fatter, more of a rat-faced little bastard with a beer gut resting atop bean-pole grandpa legs in the manner of his congressional colleagues, he surely would’ve been squashed underfoot like a bug.

Our friend “Herc” Broadsides was a real big shot in the world of sports entertainment, and his career depended on the maintenance of a tough-guy image. The fans bought the products he endorsed because they assumed that he slammed only the most beautiful “dames” and “broads,” which is a sound reason to buy anything. One day, though, he was caught slamming his 50-year-old maid—and then the entire glorious edifice of his affected perfectibility collapsed. It was a shame, but who on earth would want to purchase an Under Armour polo shirt endorsed by someone who slammed the hired help?

Hipster author “Reek” Bonut was one of a kind. For his senior thesis at State University, he submitted a poster that consisted of nothing but negative space. He made full-length movies using a combination of Google Maps and clips from little-known Nintendo games. He lived in a filthy garret with pumice walls on which he used elephant ink to paint crappy illustrations of past slams. It almost goes without saying that hipsters all adored him, and “Reek” took care of them on a first-come, first-served basis. “Reek” wasn’t sure who most of these people were, but to tell you the truth he was too busy with his trendy kratom-and-krokodil habit to really care.

According to the nation’s top tabloids, pop music starlet Boogie Crackerjack was rumored to be slamming several of the best hunks in Hollywood. Reports kept appearing about how glamorous and carefree her life was, and that might well have been true if she weren’t stuck in a state of arrested development. Most of our brightest celebrities were like Boogie, on account of the fact that it was so difficult to act naturally on camera if you had anything that resembled normal emotions or thoughts. The one thing Boogie did enjoy was fat-free frozen yogurt, which her handlers doled out to her in small cups each time she lip-synced a stirring rendition of one of her insipid hits. “Give me fro-yo,” she’d say, and as soon as they did, her simple little life was complete.

Life revolved around slams, and most people tried to make accommodations for this. Some were more successful at slamming than others, and yet you were left to wonder: Could a slam ever be anything but mediocre? The part of you that didn’t want to slam craved a genuine connection, which among the slammed and unslammed seemed like the barest impossibility. Besides, if you met that person, would you even want to slam them? Or would you just try to love them with all of your heart, which admittedly wasn’t much of a heart, and hope that that person could love you back? Is that what you’d do? You would? For real? To that I say: Oh what a goose you are, my friend. Oh what a goose, oh what a goose, oh what a goose.