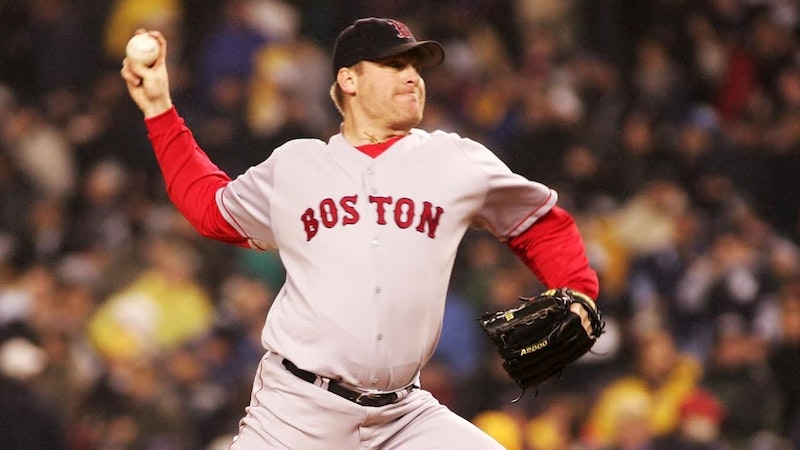 Many Schilling fans were unhappy—but not surprised—to see the 20-year MLB pitcher not make the cut while Mussina did (with 76.9 percent of the vote) despite their similar career numbers (Schilling had more career strikeouts and a lower ERA). One could argue for hours about the role petty liberal BBWAA members played in this, and they’d be absolutely right, but here’s what matters: Schilling’s time is coming soon.

Among the players who didn’t make the cut, Schilling received the highest vote share. His 60.9 percent of the vote is below the 75 percent threshold, but he has three more years on the ballot and history is in his favor. Only one player in MLB history who received more than 60 percent of the vote on a Hall of Fame ballot was not inducted, Gil Hodges, who was on the ballot 15 times. The difference here is Schilling had a more productive career (79.6 career WAR vs. 44.9 career WAR), and the ballots the former Boston Red Sox ace faces are a lot more favorable.

Schilling could benefit immensely from weakened ballots in 2020 and beyond. With four Hall of Famers and Fred McGriff—who got robbed of hitting 500 homers by the 1994 players’ strike—gone from the ballot now and not much talent replacing it, more votes could go to Schilling. The only surefire Hall of Famer who’ll join the 2020 ballot is Derek Jeter and in 2021, no one name pops out.

For Schilling, his 3.46 career ERA pitching primarily in the steroid era is competent; his 3116 career strikeouts are the most of any non-Hall of Famer who did not use performance-enhancing drugs (unlike Roger Clemens); his 79.6 career WAR is above the Hall of Fame average for a starting pitcher (73.4) and is higher than anyone who’s currently not in the Hall of Fame who does not have the last name Clemens. Plus, his 4.092 win-probability added in 19 postseason starts (11-2, 2.23 ERA in them) trumps any starting pitcher ever—which helps explain why he has three World Series rings. So what if he “only” has 216 career regular season wins? Jacob deGrom won the NL Cy Young Award last season despite a 10-9 record that was a result of negligible run support.

There’s no doubt Schilling’s been denied Cooperstown because sportswriters inject political bias into the process. Schilling shared a meme joking about transgender bathrooms and the loophole in gender identity laws. He shared one that compared radical Islam to Nazi Germany, and he even posted a photo of a t-shirt that joked about lynching journalists. Some might even throw in his video game company in Rhode Island or accuse him of being a QAnon supporter. Ignore the last two for a moment because Rhode Island’s political establishment engaged in corporatism (or what some would call economic fascism) and got burned, so that’s their fault; and it’s unclear if he supports Q and even if he did, who cares? There’s no law against it.

It’s easy to see why many wouldn’t like some of the memes Schilling shared, but it’s the Internet and people do things they regret. The better question is: what does that have to do with his playing career? Nothing. The Hall’s a place that is loaded with people who favored segregation, like Cap Anson, who refused to take the field against black players, owners like Charles Comiskey, who never signed an African-American player, and Tom Yawkey, whose reluctance to integrate the Red Sox probably had something to do with their 86-year World Series drought.

Maybe Schilling’s detractors can look at the more than $9 million his foundation, Curt’s Pitch for ALS, raised during his playing career. Maybe they can check out his 2001 Roberto Clemente Award given to the player, who “best exemplifies the game of baseball, sportsmanship, community involvement and the individual's contribution to his team." Perhaps they could see his involvement with Operation Bullpen that delivered 1.5 million pounds of supplies in hurricane relief to Puerto Rico, Texas and Florida in 2017.

Sportswriting is a liberal profession. Anybody who watches ESPN knows this (they employ foul-mouthed Keith Olbermann, fired Schilling and their president Jimmy Pitaro admitted politics are an issue for the company). It’s why, according to them, visiting the Trump White House puts teams on “the wrong side of history.” However, skipping a Barack Obama White house visit—as Tim Thomas did when the Boston Bruins won the Stanley Cup in 2011—is “the wrong time to make a statement” because apparently, opposing a president whose unconstitutional war declaration in Libya has since resulted in slavery in the region is bad.

A small study from The Big Lead showed over 80 percent of sportswriters supported Hillary Clinton in the 2016 Presidential election. The Ringer and The Week have also noticed this left tilt. And from my own experience, journalism school is not a bastion of non-partisan thought; virtually everyone at Emerson College—especially the professors—were open Bernie Sanders supporters in the 2016 primaries.

If these sportswriters have political leanings, that’s fine. They’re entitled to those beliefs. However, Schilling is also entitled to believe whatever he wants too, and it’s not the BBWAA’s job to judge him for it. The Hall of Fame is populated with high school educated white men from the Sun Belt—like Schilling—one of the most conservative demographics in the country. When 75 percent of MLB’s political contributions today lean conservative, it’s safe to say there are many other players who think like Schilling in the Hall of Fame; he just has the audacity to publicly say what they think.

Regardless of the pettiness and politics, Schilling will one day have a plaque in Cooperstown because if all else fails, a Veteran’s Committee would be morally obligated to put him in there. His career was too productive.