If they can just get their lineup in order. 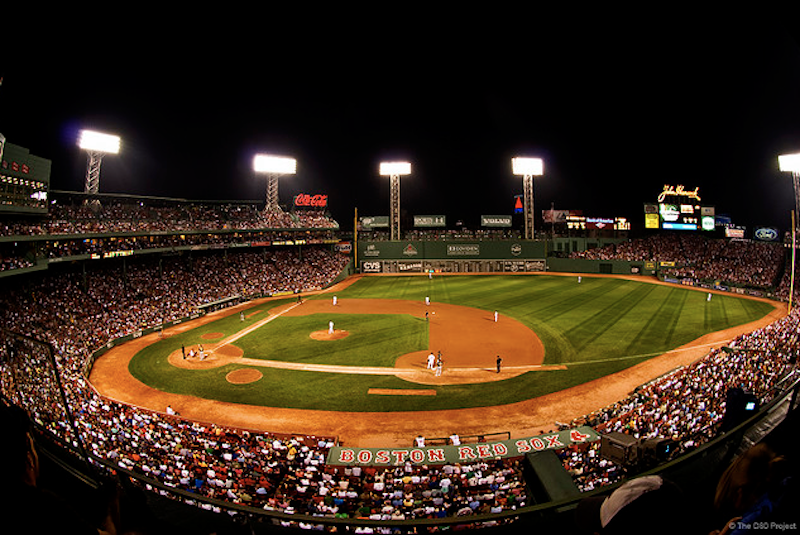 As long as the Boston Red Sox are going to have the highest payroll in MLB next season—pending a blockbuster move by the Yankees—they might as well keep the wallet open. General Manager Theo Epstein had made some key additions, but there are still holes to fill and problems in the lineup that need to be addressed. The pitching staff is short on lefties while batting order is riddled with them. Boston’s current 25-man roster is the obvious favorite in the AL East—on paper—but there’s still the possibility of implosion. Principal owner John Henry, ever mindful of his franchise’s revenue stream, can’t afford to have his $180 million club sink to the middle of the standings again this year.

The Red Sox feature a ferocious batting order. The problem is that most of those strong batters are left-handed, leaving the offense open to strikeouts from late inning lefty specialists and southpaw starters. One more right-handed power bat would balance out the lineup; for example, Josh Willingham was a perfect fit for Fenway Park before he was traded to the A’s last Thursday, and now his bat will wilt in the endless, dark dungeon that is the Oakland Coliseum. The Diamondbacks’ Justin Upton also seemed like a genuine fit, but apparently Epstein was against including star reliever Daniel Bard in any potential trade. (The addition of Bobby Jenks may have changed his tune.) If the Snakes were willing to accept a package consisting of Jacoby Ellsbury, Bard, Felix Doubrant and few other prospects, Epstein should have jumped on the offer. Upton is still a young athletic center fielder with enormous upside, and players of his caliber don’t come along very often. He would flourish at Fenway Park and benefit from the deadly lineup surrounding him. As a righty, Upton also fills the immediate hole in an otherwise stellar lineup.

Although the team didn’t make it to the playoffs last season, Sox fans had a lot to be happy about, including Clay Buchholz’s breakout. In 173.2 innings he pitched to a 2.33 ERA and 17 wins, but held a 1.20 WHIP and only struck out 120 batters. The reduction in strikeouts is easy to live with if it means that fewer runs are allowed, but the 67 walks he surrendered killed his overall innings pitched. So far, Buchholz has had an up and down career, but it appears Epstein has total faith in him. But would it be all that surprising to see him regress to a 3.50 ERA and average only five innings a game? The Brewers are constantly looking for pitching, and rumor has it that they’re still in the hunt, even after acquiring Shaun Marcum and Zack Greinke within the last couple of weeks.

At one time, Baseball America ranked Buchholz the best pitching prospect in the minors and now considers him one of the most promising starters in the majors. His skill-set isn’t in question: the general consensus is that he has the makeup of an ace, but does he have the mental ability to pitch adequately in Fenway Park? With five more years of team control left, his value is at an all time high, but he’s not always the most confident of pitchers. Milwaukee’s star outfielder Ryan Braun had a disappointing year—by his standards—and a change of scenery may suit him well. A Buchholz and Ellsbury trade for Braun matches up well for both teams. Boston gets a middle of the order right-handed masher with a team friendly contract and Milwaukee receives another young ace and a speedy and athletic, if injury-prone, center fielder. That said, the deal would lean towards the Red Sox side, so maybe a couple prospects would have to be added in, or maybe even Bard.

Epstein’s had a terrific off-season, dramatically improving the Red Sox, but with some more tinkering he can increase the possibility that the team goes wire-to-wire in 2011, leaving the Yankees in the dust.