The Red Sox Owners Are Not Born-Again Tightwads

They're just trying to rebuild after last year's disastrous finish. 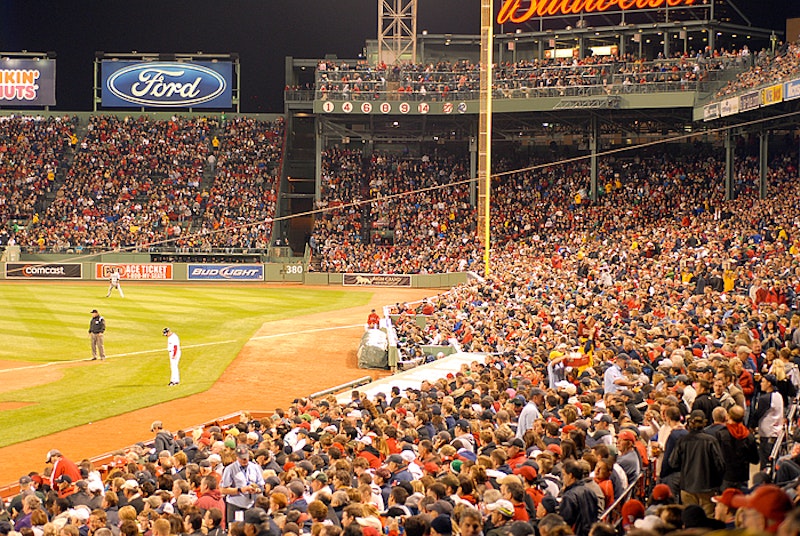 On Monday, Russ Smith wrote an article for Splice Today outlining his disgust at the way the Red Sox have reacted to the team’s September collapse. His discontent is understandable, and yet with all due respect, I disagree.

Smith’s column contains some major points that I’ll summarize before outlining a different scenario below. Smith contends that the new GM, Ben Cherington, has not done enough to improve the team this offseason. Further, Cherington hasn’t improved the team because the owners have tightened the purse strings on him, thus preventing the addition of much needed players and even requiring the removal of the team’s starting shortstop as his salary was too high. The Yankees and Rays both improved over the offseason, increasing the already existing distance between themselves and the Red Sox. Ultimately, the team is cutting costs at the last moment to avoid MLB’s luxury tax, but risking the health of the franchise to do so.

In response, it’s important to note the state of the team going into the 2012 season. Yes, the Sox have finished third two years running, but last year’s team led all of baseball in runs scored with 875. They out-scored the 97-win Yankees, and the eventual World Series Champion St. Louis Cardinals. They accomplished that with Carl Crawford’s hell-crater of a season in which he posted a .694 OPS and a sub-.300 on-base percentage. They did it with horrific production from right field, and they did it after a debilitating injury to All-Star third baseman Kevin Youkilis.

In comparison to 2011, the 2012 Sox can reasonably expect similar or better production at catcher, first base, second base, third base, left field, and right field, while production from center field, shortstop and DH will likely decrease. This isn’t a team that led the league in runs through a fluke last season. Instead, it’s one built around a core of very good players in the prime of their careers. Ups and downs happen, but the 2012 Red Sox should remain at or near the top of the league in runs scored again next year. As such, there wasn’t a need to upgrade the starting lineup.

The pitching staff is another matter. While the offense didn’t help, the majority of the September collapse can fairly be placed on the pitching staff as a whole. That said, a huge component of that was injuries. Last season the team received about 60 starts and 400 innings of 3.10 ERA pitching from Jon Lester and Josh Beckett. The remaining 510 innings from starters were thrown by eight different pitchers and resulted in an ERA over 5.00. If there’s any beef with the team, a need for improved pitching should be it.

So what have the Sox done to improve their pitching? Several things. Starter Clay Buchholz is healthy and ready to resume being the team’s number three starter. Buchholz is a solidly above average starter, but even if he throws 200 innings of 4.50 ERA ball, with the Red Sox offense behind him, he should win 15 games.

After Buchholz, the Red Sox have moved hard-throwing Daniel Bard from the bullpen to the rotation. The move has generated some criticism, but Bard is a good candidate to become a successful starter. I wrote about it in more detail at Over The Monster, but, in short, while not a guaranteed success, the move carries a fair chance at success. Bard has three effective pitches that are enough to succeed as a starter. Critics of the move point out that he hasn’t started games since 2007 when he was terrible. That’s true, but that stretch came about because the Red Sox were attempting to alter his pitching mechanics. The result was Bard couldn’t throw strikes. Soon after he went back to his old mechanics and his control returned. He never returned to the rotation because the team didn’t need him to. Now they do.

With Lester, Beckett, Buchholz, and Bard the team has a potentially formidable rotation. But what about the fifth starter slot? Shouldn’t they get an All-Star for that? While it would be nice, last season’s Yankees won 97 games with Bartolo Colon (who hadn’t thrown a pitch in the majors in a year and a half), Freddy Garcia and his 82 mph fastball, and Ivan Nova, a minor league semi-prospect whose best attribute was his ability to take the mound. That rag-tag collection comprised New York’s number three, four, five starting pitchers. If the Yankees can with those clowns, the Red Sox can win with Buchholz, Bard, and who cares.

But here’s the thing. They still might improve, which is what the Marco Scutaro deal was about. Scutaro’s salary was $6 million this season, usually a pittance to a team like Boston. But for luxury tax accounting purposes, Scutaro counted at about $8 million. To their credit, the Red Sox front office realized that they could reasonably approximate Scutaro’s production from players on hand in Nick Punto and Mike Aviles. There might be a small hit to take over the change (maybe a win or two), but on the whole that $8 million would benefit the team more if it were spent elsewhere.

So far they’ve reapportioned $3 million of that money on outfielder Cody Ross who will platoon in right field and, during Crawford’s recovery from a minor surgical procedure, play a bit in left as well. If the team is able to sign starter Roy Oswalt and/or Edwin Jackson or trade for starter Gavin Floyd, it will be fair to say moving Scutaro is what allowed them to do it.

But why? The Red Sox are a big, rich team with big rich owners. Why can’t they keep Scutaro, $8 million luxury tax hit and all, and still add Oswalt? The short answer is, as Dan Shaughnessy was quoted saying in Smith’s article, they could. But there is a reason the team is attempting to stay under the luxury limit this year, and it isn’t because they’re cheap.

As Smith correctly noted in his column, crossing the $178 million threshold in total payroll requires the offending team to pay a 40 percent penalty over and above any additional spending. So, for example, if the Red Sox had crossed that line to sign Hiroki Kuroda to a $10 million contract, they would’ve had to pay a $4 million penalty to do so. Signing Kuroda—now a Yankee—to a $10 million deal would’ve actually cost Boston $14 million.

Still, it’s only $4 million. That shouldn’t be a big deal, right? As I wrote at Over The Monster:

The [luxury] tax kicks in because the team has exceeded the threshold the previous two seasons. If Boston remains under the $178 million spending limit this season, they'll effectively reset their clock, allowing them to go over the threshold next season without penalty. But, if they spend over the tax threshold this season, they'll not only be taxed as stated above, but they'll also be subject to a 50% penalty on dollars spent over the threshold next season.
So, if the Sox stay under the threshold this year, they can go over next season penalty free. But if they cross it this year, any spending over it next season will be met with a 50 percent penalty. That’s why they’re desperately trying to stay under. Staying under will allow them to compete for any free agent starters they might fancy next year, including Cole Hamels. Going over would mean likely bowing out of any major free agent signings next year and possibly in the years that follow.

This is a balancing act. The Red Sox are trying to win the World Series in 2012. They’re spending $178 million to do so, which is a whole lot of money. But they’re also trying to remain competitive and put themselves in position to win the World Series in 2013, 2014, and beyond. The team’s talent base allows them to limit themselves this season in order that they can make targeted and, if necessary, big splashes in the free agent market next season. Not only that, but if the team can avoid contracting the bubonic plague, they’re poised to make a dent in the AL East as well.