Now that football season is over basketball has the spotlight all to itself. 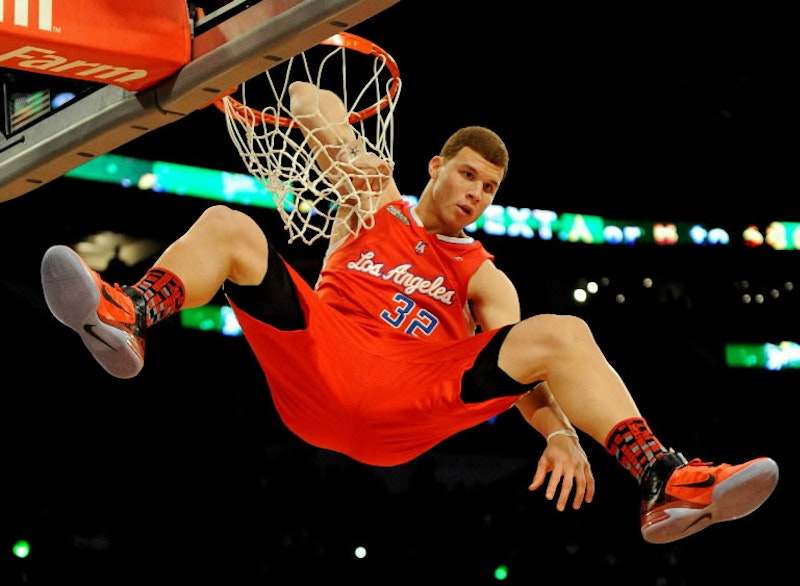 If we can take two things away from the frustrating and frequently illogical lockout that threatened to cancel this season entirely, its this: NBA Commissioner David Stern needs to retire and the season ought to start on Christmas every year. There are just too many games in a season, and when teams don’t give maximum effort, it’s easy to tell. Christmas is right around when most fans, and for that matter, most players, start to care, so why not just start there? It would make too much sense.

Dwight Howard is visibly losing patience with his situation in Orlando. There is virtually no chance he resigns and rejoins that Titanic, so logic would dictate it’s time for the Magic to trade him now, when they can still get some sort of return for their superstar center. Whoever lands him instantly becomes a finals contender—even a discontented Howard has put up dominating lines, lord knows what he’s capable of when motivated. Oh, I guess we do know: he pretty much singlehandedly carried the Magic to the finals, where they lost to the Lakers, before GM Otis Smith traded for Gilbert Arenas and slowly dismantled the rest of the roster. Building around a dynamic force like Howard shouldn’t be hard.

2. The Lakers need to make a deal if they want Kobe to chase rings and not records

Which leads me to the next storyline, the malaise that’s poisoned The Lakers since the Chris Paul deal evaporated. Pau Gasol’s already fragile ego was clearly damaged, and he’s been even more passive than usual. As mentioned, they also had to give away sixth man of the year Lamar Odom, who was pretty much the only offense they had off the bench, which, together with another year of wear on grizzled vets like Derek Fisher, Metta World Peace and a duct-taped together Kobe Bryant has taken them from finals contention to completely out of the discussion.

There’s one way to get back into it: deal for Dwight Howard. At this point, I don’t see how the Magic are going to get a better deal than Andrew Bynum and salary cap relief, and the Lakers make that deal in a heartbeat. If that’s not enough, how about a Pau Gasol for Deron Williams swap? The Nets were banking on flipping Brook Lopez for Howard, resigned Williams and moving into their new arena in Brooklyn with two superstars, but with Lopez’s injury and the dearth of any other talent on their roster, its looking less and less likely they can hold on to one superstar, let alone two. It’s conceivable the Lakers could end up with both Howard and Williams, which as a person who roots for the Lakers, would cause my brain to explode. Until that happens, Kobe is going to continue with his Lone Wolf routine in his quest for the all-time scoring record, miring the Lakers in mediocrity in the process.

Ricky Rubio’s arrival in the NBA was certainly hyped, but the diminutive point guard from Spain has justified it with his electric play. To watch him orchestrate the offense, survey the floor and not only hit the open man, but to hit him in the hands, in a position to shoot, is a thing of pure beauty. When people talk about grace and skill in basketball, it’s moves like Rubio’s they’re referring to. Words don’t completely suffice; watch him go to work.

4. Who will Blake Griffin victimize next?

Blake Griffin is Rubio’s antithesis. He’s a freak, a brute force, and there’s nothing subtle about the way he throws the ball through the hoop. His dunks are violent; I can’t imagine there’s a more terrifying sight for an NBA player than to see him elevate in the paint. Just ask Timofey Mozgov, or his latest victim, Kendrick Perkins what it feels like to have Griffin’s (obviously gigantic) nuts on their chin. Real talk, it’s got to be almost as humiliating as a sham marriage to Kim Kardashian.

Okay, this question probably isn’t on the mind of most fans, but I’m from Philly and this is the first time in a long time that it looks like they might be able to make some noise in the playoffs. Even in Allen Iverson’s halcyon days no one really believed he could carry them all the way to a ring, as great as he was (and he got close). No one really believes this is a championship caliber team either, but it’s a deep one—and more importantly, a young one. Doug Collins has them playing tough defense, Evan Turner is looking more and more like Brandon Roy every day, Andre Iguodala does all the little things and Jrue Holiday has been a revelation at point guard. If they can add another piece, this is a team to look out for. Hell, they’re fresh off beating Eastern favorites Chicago in what I can only hope is a sign of things to come.