The Phillies Need to Watch Their Backs in 2012

It’s a four-team battle in the N.L. East as the Marlins and Nats get serious. 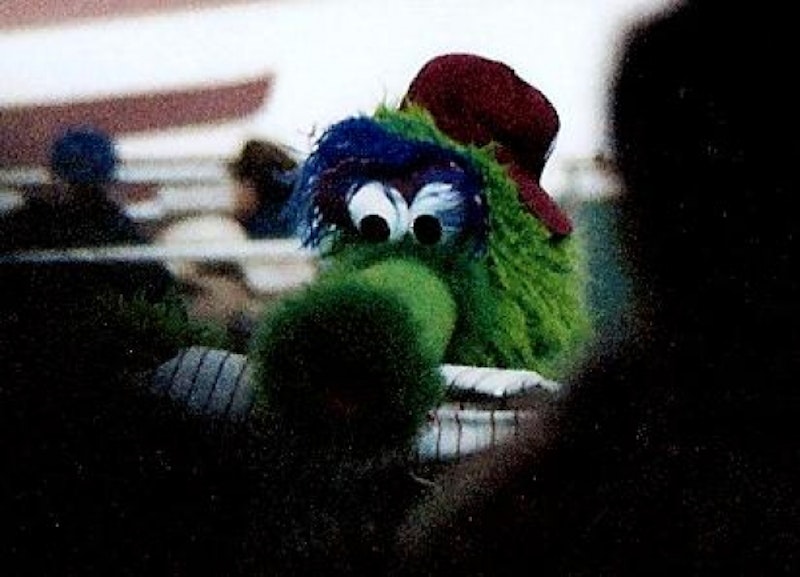 The Phillies need to watch their back, because in 2012 the Braves won’t be the only other competitive team in the NL East. After revamping their rosters, the Miami Marlins are making their intentions clear: they’re going to win, and by golly they’re going to be obnoxious about it. The Washington Nationals, meanwhile, are finally coming into their own. Through a mix of gutsy drafting, dodgy trades, and overeager free agents acquisitions, the Nats have surprisingly formed into a contender. Who knew that GM Mike Rizzo had it in him? And while Philadelphia and Atlanta are still the better ball clubs, their margin for error has shrunk this winter. If injuries or unexpectedly poor performance strike either of the two NL behemoths, the Wild Card spot is wide open.

Ozzie Guillen and Carlos Zambrano are finally together. After years of speculative trades, the two “eccentric” personalities are now on the same team. It could very well be the perfect match or the worst possible combination in the history of sports (I’m going with the latter), but either way, the two will make headlines. Unbelievably, Big-Z was Miami’s smallest, least high-profile acquisition this offseason. Jose Reyes, when not on the DL, will undoubtedly liven up Miami’s already electric lineup, filled with speed, power, and on-base ability. Youngsters Mike Stanton and Logan Morrison are set to break through into stardom; the former is primed for a 40-homer campaign. Hanley Ramirez, who is probably still pouting over a position change, has to prove that he’s still the franchise player coming into 2012. Round out those studs with Emilio Bonifacio, Gaby Sanchez, Omar Infante, and John Buck, and you’ve got one of the best lineups in the National League.

Miami’s pitching is nothing to scoff at, either. If Josh Johnson remains healthy, which is a big IF, the Marlins’ starters could easily plow through the toughest batting orders in baseball. Anibal Sanchez and Ricky Nolasco have proved to be solid mid-rotation rocks, and the newly signed Mark Buehrle is one of the most consistent arms in the game. Once again, Zambrano is questionable; he has the potential to be very effective, but the righty’s best years are clearly behind him. If Heath Bell doesn’t regress too much, the closer could lead a menacing bullpen.

While the Marlins may make headlines, the Nats will be the team to root for. After seven years of losing, Washington is at last poised for victory. It might not come in 2012, but it will come. The recent Edwin Jackson signing has made their shaky rotation formidable, handicapped only by the innings limit being enforced on Stephen Strasburg. Their bullpen is star-studded, too, led by closer Drew Storen and set-up man Tyler Clippard. Brad Lidge joined the fold this winter, too. Relievers are mercurial by nature, but none more so than Lidge. One season he’ll get Cy-Young votes the next he’ll be relegated to mop up-duty. For $1 million, the veteran is worth a gamble.

Washington’s offense is impressive. Ryan Zimmerman, Jayson Werth, and Adam LaRoche are bound to bounce back, while Mike Morse, Danny Espinosa, and Wilson Ramos are ready to prove 2011 was no fluke. Bryce Harper, and possibly Anthony Rendon, if he moves through the minors quickly, will only make the team more exciting to watch.

2012 will be the year of the East Coast rivalry. The Yankees, Red Sox, and Rays will duke it out in the AL while the Phillies try to find the fountain of youth and the Braves try not to choke again.