Look for the Nats to make the NL East very competitive. 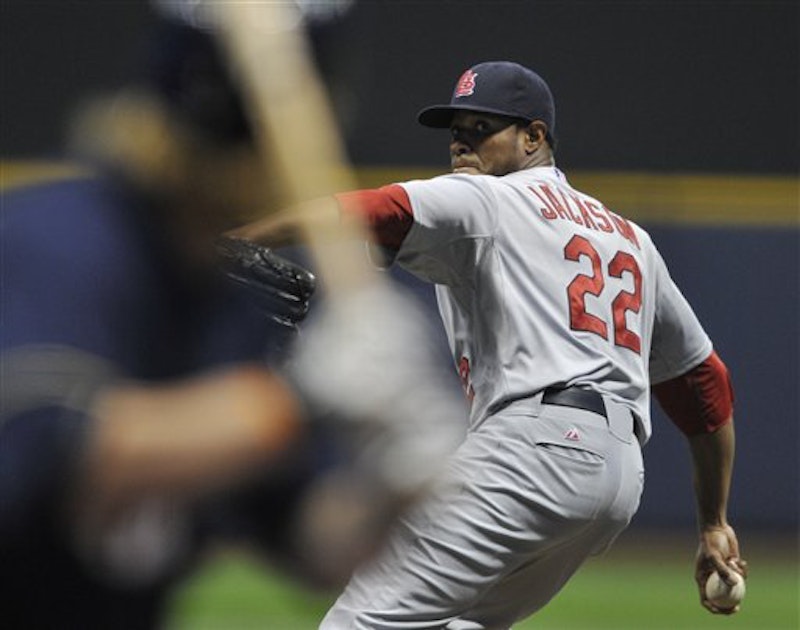 The offseason is all but over, with Roy Oswalt and Yoenis Cespedes (who’s practically already a Miami Marlin) the only two significant free agents without a team. Aside from Miami owner Jeffery Loria’s shockingly big pockets, The Angels’ two big acquisitions, and the fat contract Prince Fielder received from the Tigers (his initial goal was sadly not accomplished; the rotund vegetarian was jonesing for a dollar figuring larger than his weight in lbs. The big guy was being a tad ridiculous, however, as $400 million is unprecedented and hugely unwarranted.), this winter has been fairly quiet, thanks to the Yankees and Red Sox taking a hands off “we’re just as poor as you” approach.

And with the end of every offseason comes a flood of winners and losers lists. But as Dave Cameron of Fangraphs mentioned earlier this week, there weren’t any jaw-droppingly stupid “Barry Zito” signings to comment on. (In three years, though, it’s possible that Fielder will be unable to stand up on his own, let alone play professional baseball. Or maybe he’ll get lost in his own flab.) Sure, a couple of teams were overeager (The Phillies) and some were desperate (The Tigers), but Cameron was right in saying, “Major League teams are getting smarter.” With that in mind, here are my favorite moves of the winter:

Nationals sign Edwin Jackson to a one-year, $11 million deal: Most of January was riddled with Nats/Fielder rumors, so when they didn’t sign the slugger, fans were obviously disappointed. In hindsight, though, the American League is a much better fit for the glorified DH. GM Mike Rizzo got the next best available Scott Boras client in Edwin Jackson, and for a steal, too. Jackson is by no means an ace; he’s a very solid number three. But for a team like the Nats, he’s a much-needed transfusion of consistency in a now enviable rotation. Chien-Ming Wang, Gio Gonzalez, Jordan Zimmermann, and Stephen Strasburg, while very promising, don’t exactly spell out “sure thing.” Wang and Strasburg posted encouraging numbers to close off the season, but are returning from serious, and in Wang’s case, chronic, injuries. Gonzalez’s strikeout numbers may be impressive, but when coupled with his hideous walk rate and unusual luck, the lefty’s bound to regress. Jackson could make this young team into a contender.

Reds sign Ryan Madson to a one-year, $8.5 million deal: While Jonathan Papelbon and Heath Bell scored major contracts on the open market, Madson got stuck with a one-year commitment. GM Walt Jocketty deserves a lot of credit for engineering this incredibly team-friendly pact. Not only was the righty already a great pitcher, but now he still has free agency looming large, giving the closer even more incentive to succeed.

Rangers sign Yu Darvish to a 6-year, $56 million deal: As the most hyped player to ever come out of Japan, he better be good. (Yes, Darvish is more hyped than Ichiro, who’s posting fee was barely $15 million, and Daisuke Matsuzaka, who sucks, were.) All the scouting reports and NPB statistics suggest that the righty’s an ace, so the Rangers may have gotten a bargain. Then again, he might not adjust well; Arlington isn’t the best place for a pitcher to learn in. He’s the story to watch in 2012.