It's the Cards Vs. the Reds in the NL Central

Can St. Louis make the playoffs without Pujols? Yes. 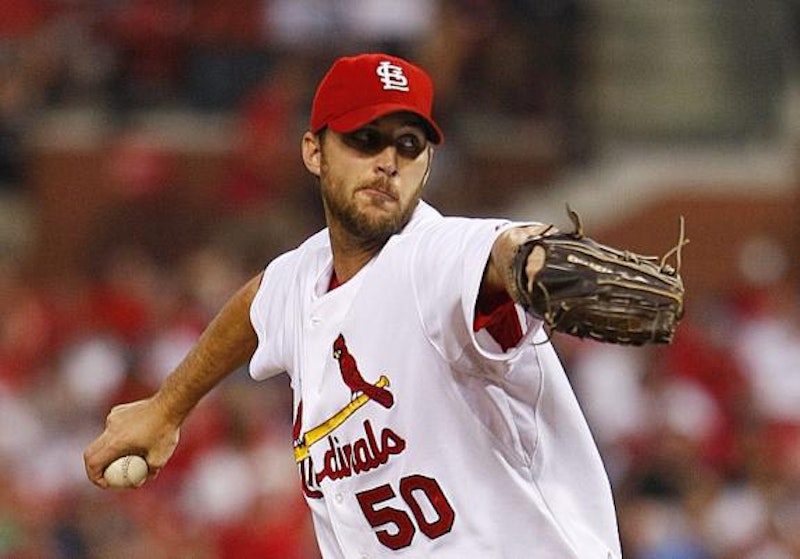 By November, it was pretty obvious that the Cardinals weren’t going to re-sign Albert Pujols. GM John Mozeliak had already extended both Chris Carpenter and Lance Berkman to short, but still significant, extensions. Their payroll simply couldn’t handle a $20+ million commitment. The Cards will be fine, though, due to a few offseason acquisitions and the general decline of most NL Central teams (except the Reds).

The Brewers, especially, had a rough winter. Slugger Prince Fielder left for Detroit, MVP Ryan Braun was slapped with a 50-game suspension, and Francisco Rodriguez shocked the baseball world by accepting arbitration, heavily cutting into precious payroll space. With $8 million committed to a set-up man, Aramis Ramirez was the only major upgrade that GM Doug Melvin could afford. They’ll still be competitive, but looking forward, Milwaukee is the third best team in the Central.

The Astros, too, have managed to get worse, if you can imagine that. But without a half-season of Michael Bourn and Hunter Pence, it’s possible Houston could lose 110 games this year. But what about new acquisition Jed Lowrie, won’t he provide some offense? He could, but it’s very difficult to score runs when you’re always on the DL. The Astros will most likely trade Carlos Lee and Wandy Rodriguez (if anybody wants him) by the July 31st deadline. With one of the worst farm systems in the sport, fans must be wondering: will they ever be good again?

And even though they’ve stolen the spotlight because baseball’s king and savior, Theo Epstein, is now their GM, the Cubs will be horrible in 2012. Starlin Castro may be Chicago’s saving grace, because the pitching sure isn’t going to be effective, assuming Matt Garza gets traded by July. Bryan LaHair, a career AAA masher, is one interesting name to look out for. At least Carlos Zambrano is gone.

Walt Jocketty, though, has done a respectable job in improving the Reds. After a disappointing 2011, Jocketty realized that his club only has two more years left of Joey Votto, and that they have to make the best of it. Much like the Fielder situation in Milwaukee last year, Cincinnati is in Win-Now mode. The acquisitions of Mat Latos, Sean Marshall, and Ryan Madson will greatly improve what was once a weak pitching staff. As long as Latos steers clear of the gofer ball, which may be hard considering his new home stadium, the Reds are lined up for another playoff berth.

But as noted above, the Cards are nothing to laugh at. Carlos Beltran, a full season of Rafael Furcal, and a healed Adam Wainwright will undoubtedly propel the club to contention. Top prospect Shelby Miller is near major league ready, too, so the righty could have a profound impact on the season.

Only one team from the Central is getting into the playoffs. The East is just too good. The Brew-Crew could make a push for success if they stay afloat until June, when they’ll get the Hebrew Hammer back, but in all likelihood, 2012 is a battle between St. Louis and Cincinnati.