The Red Sox could face a long, long season. 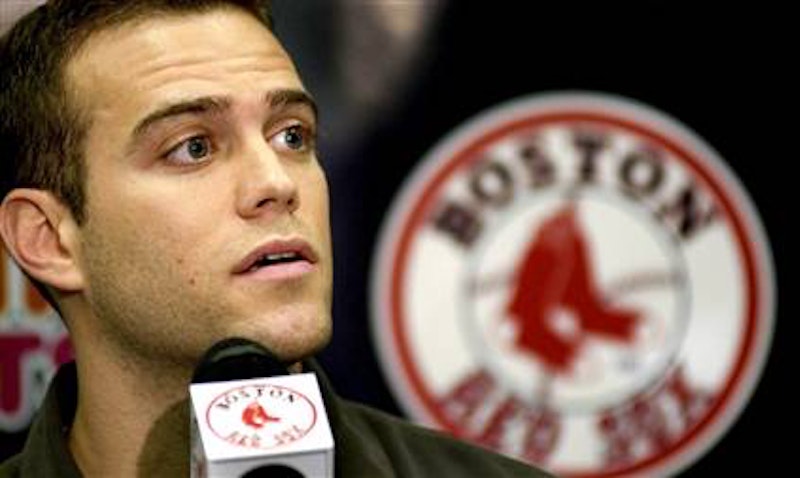 The Red Sox have had an uneven off-season, which is putting it kindly. The 2011 season ended with disappointment, and the hot stove league hasn’t provided much solace for the Beantown faithful. Jonathan Papelbon is a Phillie, Theo Epstein is a Cub, Terry Francona is a TV analyst, and Marco Scutaro is a Rockie. The Sox have a massive hole at shortstop, two open spots in the rotation, a new manager in Bobby Valentine, and a recently minted General Manager.

Red Sox rookie GM Ben Cherington appears to be operating with one hand tied behind his back. The off-season started with Papelbon bolting for big money in Philadelphia. Some people have questioned the wisdom of the Phillies giving Papelbon $50 million over the next four years but no one should question the commitment to winning. Cherington countered with a trade for Oakland's Andrew Bailey. The deal saved the Red Sox money in 2012 but Bailey is no Papelbon, nor is he battle-tested in a pennant race or the AL East. The Red Sox were rumored to be after free agent starters Edwin Jackson and Roy Oswalt, but Jackson went to Washington and Oswalt remains unsigned. Oswalt on a one-year deal would seem like the perfect choice for Boston. The Red Sox’s biggest free agent acquisition to date has been Cody Ross on a one-year $3 million deal. Cherington even had to trade his starting shortstop, Marco Scutaro, to get under baseball’s new luxury tax threshold. The Scutaro deal created a hole at shortstop. Bobby Valentine will have to choose between Nick Punto and Mike Aviles as his starting shortstop this spring; that sounds more like an Orioles Spring Training battle than the Red Sox.

Jon Heyman did a terrific job of summing up the Red Sox’s strange winter for CBSsports.com. He contends that team owner John Henry may have spent too much money on his Liverpool soccer team’s roster and in turn has forced the Red Sox to cut back on the budget. Heyman's argument has some merit.

The Red Sox handed out two huge long-term deals in the last year to Carl Crawford and Adrian Gonzalez. Boston will pay the pair $40.5 million in 2012. Add in Josh Beckett, Dice-K and John Lackey and the Red Sox will pay $81.5 million to just five players this season. Lackey will miss the season due to Tommy John surgery; Dice-K, who also had the surgery, might be back in July. It’s clear that the mistakes of the recent past may be hindering Cherington’s efforts.

When Theo Epstein departed the Red Sox to become the Cubs’ President of Baseball operations it was presented as a promotion. Epstein spoke of increased responsibility and the challenge of working to deliver a World Championship to another long-suffering fan base. Epstein certainly said all the right things but this winter's machinations in Boston lead me to believe that Theo saw the writing on the wall. Epstein must take some responsibility for the Red Sox’s current financial dilemma. It was on Epstein's watch that the team signed Lackey, Matsuzaka and Crawford to enormous contracts. None of the three have delivered the expected return on investment. Epstein must also take some responsibility for a farm system that has failed to produce impact players in recent seasons, though in fairness Epstein did deal three top prospects to acquire Adrian Gonzalez. Epstein shouldn’t shoulder all of the blame, and that may be why he’s no longer in Boston.

Could it be that Henry and club President Larry Lucchino were set to make Epstein a scapegoat for some of the club’s free agent blunders? Epstein had a year remaining on his contract with the Red Sox. Given what we know now it is unlikely that Epstein and the Red Sox would have continued their relationship past the 2012 season. Theo got a great offer from the Cubs and got out while the gettin’ was good. Cubs owner Tom Ricketts has spoken repeatedly this winter about Epstein’s carte blanche over the team’s baseball operations. Epstein, and GM Jed Hoyer, made the decision to scale back on Chicago’s payroll and re-stock the farm system rather than chase expensive free agents. The duo learned from their time in Boston. The Yankees’ Brian Cashman is the only GM who can consistently outspend his mistakes.

The Cubs probably won’t sniff .500 this season but they do have two things the Red Sox don’t: 1) payroll flexibility and 2) Theo Epstein. Ben Cherington is left to wrestle John Henry’s budget restrictions, long term contracts and baseball’s luxury tax while Theo gets the chance to re-invent himself in Chicago.