The Orioles Desperately Need An Outfielder

Could Jay Bruce or Justin Upton move to Baltimore? 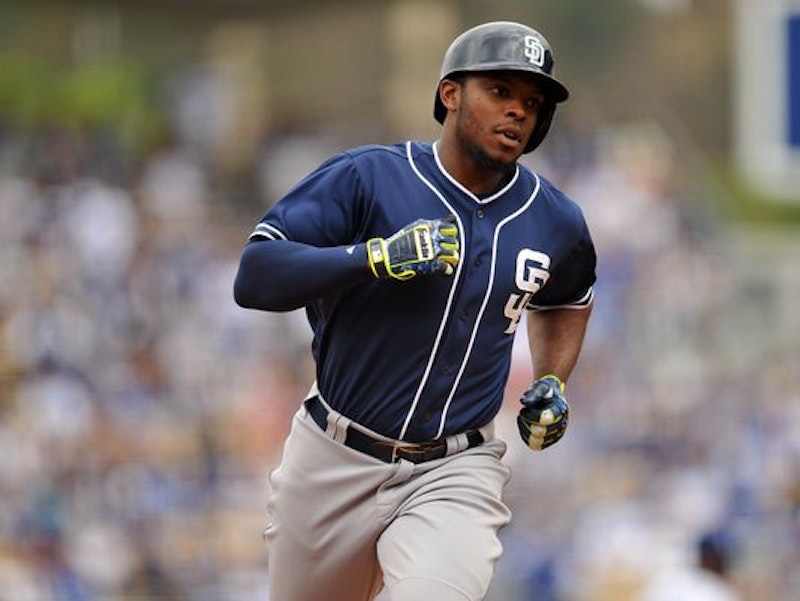 The Baltimore Orioles are hanging in the race for the American League East division title despite lackluster production from the outfield corners. Buck Showalter was so desperate for some added punch that a few weeks ago he moved Chris Davis from first base to right field. Davis has a strong arm and is a good enough athlete to play right at Camden Yards, but the slugger’s shift just created another hole at first base. As baseball’s trade deadline approaches, the middling Orioles figure to be buyers as Dan Duquette seeks a quality outfielder.

Duquette will have plenty to choose from in the next eight days. The O’s GM rightfully received criticism for his failure to secure adequate replacements for Nelson Cruz and Nick Markakis during the offseason. Duquette’s lame winter maneuverings have left Showalter cobbling together a nightly lineup from a collection of spare parts like Nolan Reimold, David Lough, Steve Pearce and Chris Parmalee.

The Detroit Tigers have sunk in the standings over the past few weeks and face an uncertain future with David Price set to hit free agency, Miguel Cabrera battling an injury and Justin Verlander pitching more like Derek Zoolander. The Tigers will reportedly seek to deal some veterans prior to the deadline with Price and Yoenis Cespedes as the featured commodities. Cespedes has a rifle arm and the type of power the homer-dependent O’s crave. Cespedes would represent a huge improvement for Baltimore at either outfield corner.

The San Diego Padres made a racket last winter dealing a slew of players and prospects in an effort to breathe life into a moribund franchise. A.J. Preller’s frenetic activity drew headlines but the on-field product in San Diego has been much of the same. The Padres have fallen out of the NL West race and have been outscored by 43 runs for the season. Justin Upton and James Shields were San Diego’s big name offseason acquisitions and now both could be on the move. Upton, who’s having one of the worst seasons of his career, will be a free agent after the season. Despite his career low .757 OPS, Upton figures to draw plenty of trade interest. He offers another powerful bat that would put an end to the quagmire the Orioles currently call left field.

The Cincinnati Reds offer a pair of options for the O’s. Jay Bruce and Marlon Byrd both figure to leave before the end of July. Bruce is having a rebound season after hitting just .217 with 18 home runs in 2014. The Reds are 16 games behind the front-running Cardinals and have massive salary obligations to Joey Votto, Brandon Phillips and the injured Homer Bailey. Bruce is owed $12.5 million for 2016 and has a $1 million buyout for 2017. The Orioles could offer the Reds some salary relief by taking Bruce off their hands. The 37-year-old Byrd has slugged 16 home runs in 70 games for Cincinnati but his defensive abilities have regressed. Showalter wasn’t comfortable with Delmon Young playing the outfield and Byrd isn’t much better.

Another intriguing name to keep in mind is Gerardo Parra. The Milwaukee outfielder is tearing it up this month and is currently in the midst of his best offensive season. Parra offers strong defense, can play all three outfield spots, and hits right-handers and southpaws equally well. Parra is another pending free agent, though he has a lower profile than Cespedes, Bruce or Upton. The Brewers need pitching and the Orioles could offer up a young arm like Zach Davies or Tyler Wilson in return.

The injuries to pitching prospects Hunter Harvey and Dylan Bundy have dealt a blow to the Orioles trading efforts. Baltimore has little in the way of impact talent in the upper minors. The Orioles’ best prospect is Single-A catcher Chance Sisco but it’s doubtful Duquette would deal the youngster for a two-month rental. The 22-year-old Davies has a 3.02 ERA and a 1.25 WHIP in 16 starts for Triple-A Norfolk. Davies’ slight build (6’0” and 150 lbs.) seems to be his biggest drawback. Tyler Wilson has performed well for both Baltimore and Norfolk this season. The 25-year-old has struck out just 53 batters in 94 combined innings between the American and International Leagues. Wilson’s stuff may not play long-term in the AL East but his talents could be just enough to bring the versatile Parra or the powerful Bruce to Baltimore.