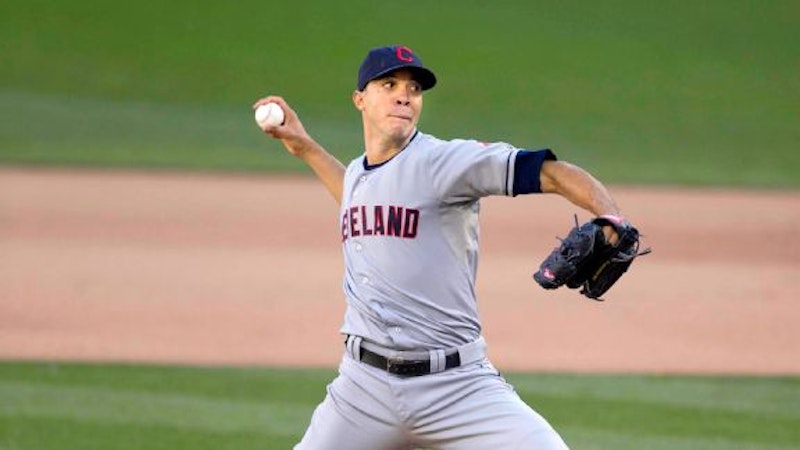 After months of rumor and disappointment, the Baltimore Orioles finally made the offseason splash fans hoped for when they agreed to terms with right-hander Ubaldo Jimenez on a four-year deal reportedly worth close to $50 million. The club broke its long-standing restriction on long-term contracts for free agent pitchers by signing Jimenez. The 30-year-old hurler has his warts, as detractors are already pointing out, but he fills the Orioles’ biggest hole and offers tremendous upside. The team is better today, and that’s good enough for me.

The acquisition of Jimenez suddenly gives the Orioles depth in the starting rotation. Now Bud Norris is seemingly secure in the fifth spot in the rotation and Zach Britton and Josh Stinson, both out of options, are left to battle for a bullpen spot. The 25-game suspension of Troy Patton likely ensures that fellow southpaw Britton will make the Opening Day roster as the front office works out a suitable trade for one of the pitchers. Kevin Gausman, already receiving high praise in the early days of Spring Training, can head to Triple-A Norfolk to serve as a midsummer talent boost or late season bullpen dynamo. Dylan Bundy can take his time returning from Tommy John surgery, as he likely won’t be needed in the O’s rotation any time soon. The team can also take it slow with young lefty Eduardo Rodriguez who is expected to start at Double-A Bowie after an impressive 2013 campaign.

The Jimenez ripple effect will be felt throughout the organization, including on draft day when the O’s will be first round bystanders after surrendering their first selection to the Jimenez’s former club, the Cleveland Indians. The loss of the pick hurts, especially for a team that has openly talked about building through player development, but if Jimenez can repeat his 2013 performance he’ll be worth the sacrifice. It should be noted that the Orioles signed a pair of International prospects as free agents just a few weeks ago. The signings of 17-year-old Mexican first baseman Carlos Diaz and 16-year-old Dominican infielder Jomar Reyes were generally met with apathy by a fan base clamoring for a big name, but the pair of youngsters was highly praised by the front office. Dan Duquette suggested that Diaz and Reyes were potential middle of the order bats in a big league lineup. Perhaps those signings made parting with a first round pick a bit more palatable.

Jimenez was rated as the 11th best free agent available this offseason by MLBTraderumors.com. He essentially received the same deal that the Twins gave to Ricky Nolasco, an older, inferior pitcher with no American League experience. Jimenez struggled in his first season and a half in Cleveland but he was dominant for much of 2013. If you remove a pair of disastrous early season starts in which he allowed 14 runs in just six innings, his season looks even better. Unfortunately those starts count and they came against his new division rivals from Boston and New York.

Jimenez may not be a perfect signing for the Orioles—Matt Garza and Ervin Santana have been more consistent—but he does offer the most potential of any available free agents. Jimenez has the stuff to be an ace and the inconsistency to cost a manager or general manager their job. He gives the team another dynamic arm to pair with Chris Tillman, Gausman and Bundy in the coming seasons. A.J. Burnett or Bronson Arroyo would have been short-term stop gaps but Jimenez gives the fans and players the impression that the Orioles organization may finally be interested in winning. Now if they only had a DH.