The Vernon Wells trade is yet another bizarre move by the team. 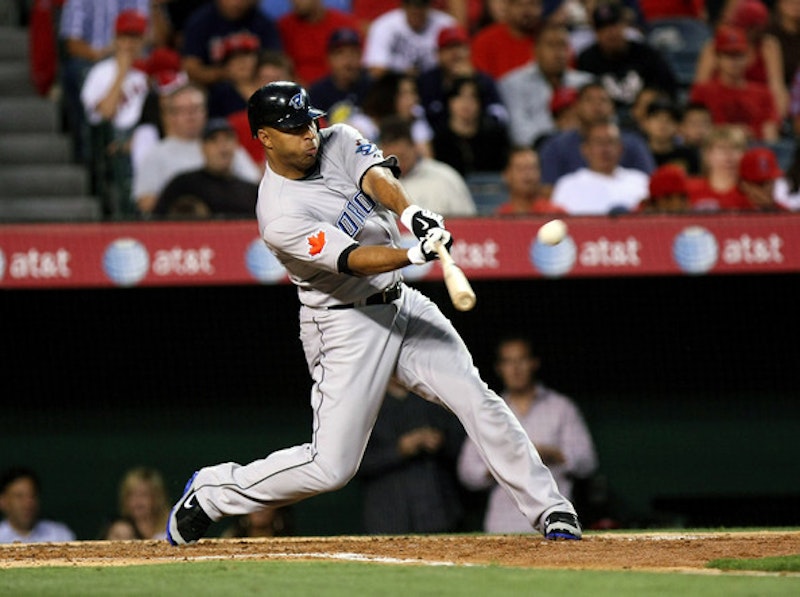 It's been a rough winter for the Los Angeles Angels, or whatever they're calling themselves these days. After missing the playoffs for the first time in four seasons the team had drawn criticism for its lack of off-season activity; until Friday evening's trade for Toronto’s Vernon Wells. Now, fans and sportswriters are left scratching their heads and wondering if the team was better off doing nothing. The Angels figured to be a prominent player in free agency; but they whiffed on Carl Crawford and Jayson Werth, were outbid for Adrian Beltre and apparently never got close with Rafael Soriano.

Owner Arte Moreno has received some unwarranted criticism for being cheap. The trade for Wells brings the Angels’ 2011 payroll to approximately $145 million. Say what you will about Moreno but spending cash isn't his problem. The bigger issue for the Angels is the front office's lack of aggressiveness. Manager Mike Scioscia's crew is never hesitant to take the extra base on the diamond, but GM Tony Reagins and his staff lacks that killer instinct.

The deal for Wells is just dumb from the Angels’ perspective and smacks of desperation. Trading Mike Napoli and Juan Rivera, two solid contributors scheduled to make $11 million in 2011, for Vernon Wells and the $86 million remaining on his bloated contract not only lets Toronto off the hook but it may cripple the Angels for seasons to come. Wells is not a bad player. He's pretty good, but at 32 and no longer a top flight CF his play simply doesn't warrant the $23 million per year price tag. What’s really confounding about the trade is that no money was included in the deal. If Toronto had chipped in a few million, or tens of millions, then maybe it would make some sense but for the Angels to take the whole contract may be Moreno thumbing his nose at his detractors and saying “Who says I won't spend money?  I just took on one of the worst contracts in the sport!”

You have to wonder if there was some meddling from ownership in this deal. Just as Scott Boras dealt directly with Hank Steinbrenner to bring Soriano to the Yankees last week, and effectively blocked GM Brian Cashman, Moreno was likely heavily involved in the Wells acquisition. Still, that doesn't take Reagins off the hook. The Angels entered this winter stung by a failed season and looking to spend. Coming away with an overpriced and aging outfielder has to be a real kick in the balls to any diehard Angels fan. There may be some rally monkeys on eBay today.

The Angels had a terrible winter last year as well. They allowed leadoff hitter Chone Figgins to bolt to Seattle as a free agent only to watch former uber-prospect Brandon Wood whither and fail as the everyday third baseman. In 243 plate appearances Wood put up a putrid batting line of
.174/.208/.382. There are pitchers that would be embarrassed by that level of production. The team repeatedly turned down trade offers for Wood over the years only to be rewarded with a half season of Pony League stats at the big league level. The team also lost pitcher John Lackey to free agency just months after taking on Scott Kazmir and his expensive contract from the Rays.

It may be time for the Angels to consider a front office shakeup or risk another year of being the worst team $146 million can buy.