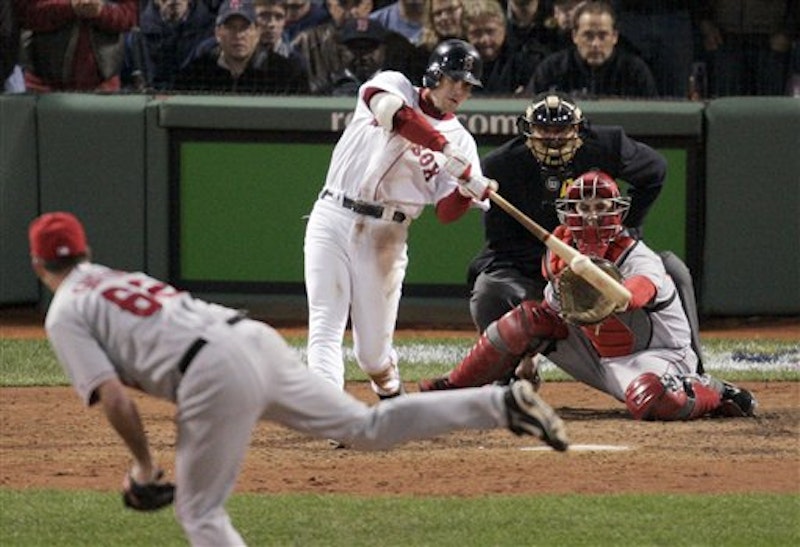 Last month I wrote about a few underrated players who would go unnoticed until the later rounds on fantasy draft day, appropriate for a 12-team mixed league. My previous choices wouldn’t apply for an AL- or NL-only league, or even a mixed 14-16 team. Once the draftees available are cut in half, it becomes a whole new animal. The superstars get taken with the first six choices and the above average scrappers transform into first-rounders. Sleepers, too, become more scarce and eventually the depressing thought of having to rely on Yuniesky Betancourt to man shortstop for most of the season slowly seeps into your head. Actually, Betancourt wasn’t awful in 2010; in fact, he was quite serviceable. Super-utility types like Bill Hall or Omar Infante are key for any single division league. Hall, to much surprise, belted 17 home runs last year while Infante hit a career high .321. Also, younger, under the radar players who have lost their prospect status but are still very promising, like Mat Latos in 2010, can provide a limitless amount of value. That said, the following are three sleepers specifically for a 14-team, AL-only fantasy league:

Jed Lowrie: As of now, nobody knows how much playing time Lowrie will get in 2011. His resurgent second half of last year is a positive sign of what’s possible, but not necessarily what we can expect. If he’s given Boston’s starting shortstop job on Opening Day, owners need to remember that, barring another injury, this would be his first full season. His sleeper status is immediately lost if Terry Francona officially states that the gig is his, but even if that does happen, which is unlikely, Marco Scutaro will take his place at the bottom of the draft boards. Either way, both shortstops will find ways to get plate appearances, but Lowrie is the one with more upside.

Jake McGee: It’s well known that the Rays lost almost all their superb bullpen pieces from their 96-win team last year. Rafael Soriano, the team’s All-Star closer, was one of the many free agents. Andrew Friedman, Tampa Bay’s GM, knew that this offseason was going to be rough, but he couldn’t have expected that the relief market would be so rich. Joaquin Benoit set the tone with a three-year, $16.5 million contract, which created a snowball effect resulting in Soriano getting one the most player friendly contracts (from the Yankees) in recent memory. Anyway, the Rays now sport a risky, revamped ‘pen, with mostly inexperienced youngsters. Jake McGee is the most talented of the group, and will compete for the closer role. In eight appearances last year he held a 1.80 ERA and maintained composure in some key September games.

Justin Smoak: Probably the most well known player on this list, Smoak makes the cut because of his disappointing major league debut and the unbelievable depth at his position. First base is traditionally a key offensive spot on the diamond, but even in a 14-team, AL-only league Smoak could be forgotten. Going from the potent Rangers to the barren Mariners must be a rough transition, but Safeco traditionally isn’t too brutal on left-handed batters. After his horrible stint in Texas, and equally bad start in Seattle, a lot of fantasy owners jumped off the bandwagon, but he quickly proved that it was too early to give up on him. He got his act together in about a month of Triple-A games, and showed his new teammates what he’s really made of, hitting .340 in the last 14 games of the season.