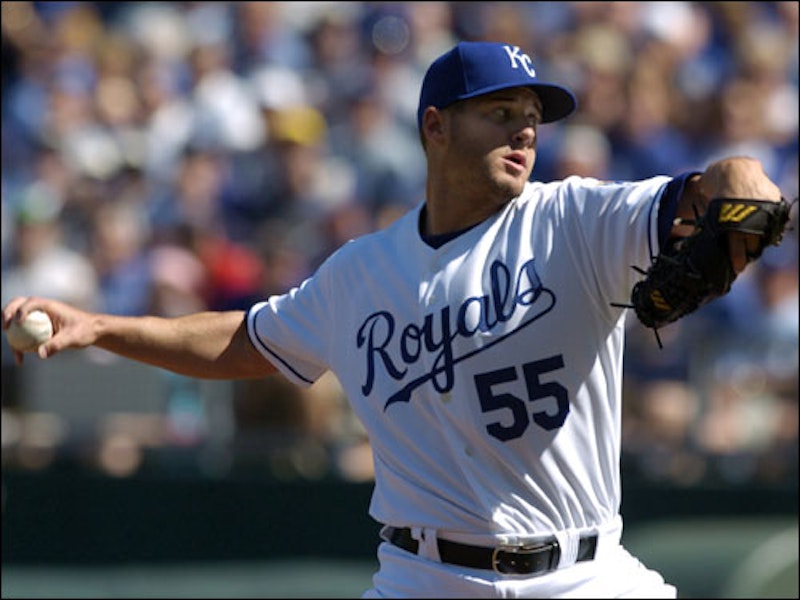 Kansas City Royals pitcher Gil Meche announced his retirement this week with one year left on his five-year $55 million contract. Meche, who’s battled shoulder problems for the past two seasons, was set to earn $12.4 million in 2011. The decision has received mixed reactions. When I first heard about Meche's retirement my reaction was, “What an idiot.” Who wouldn't want to make $12 million bucks playing a kid's game? After reading some of Meche's quotes I quickly changed my mind.

A cynic might say that retiring is the least Meche could do considering that he'd been stealing money from the Royals since the moment he signed his mega-contract. You could also contend that it's a lot easier to walk away from millions when you've already made more money than you could ever spend. Meche may be one of the most average pitchers of all time. He's compiled a career record of 84-83 with a 4.49 ERA in 10 big league seasons. Those stats are skewed a bit by his 6-15 record in the injury marred 2009 and 2010 seasons. Regardless, his performance and potential never warranted the Royals’ monetary commitment. That mistake is on the Royals. The Kansas City front office screwed up in giving a league average pitcher a five-year contract worth over $50 million. Meche's retirement took the Royals' front office off the hook.

Apparently Gil Meche simply didn't feel like he could perform up to his salary in the upcoming season.   Rather than report to spring training, rehab for months and make some appearances out of the bullpen Meche nobly stepped aside. He could have gone through the motions, pulled up lame and come to an injury settlement. I'm not saying that Meche is a hero or deserves any special accolades for his decision but I do find it refreshing that a professional athlete in this age of self-promotion and entitlement just walked away. Meche was honest with himself and his organization and did what he felt was right. It's a sad commentary that the guy who merely did the right thing is the exception rather than the rule.

Of course, the MLBPA (Player's Union) may not feel that Meche's actions were quite so noble. I haven't heard any direct quotes from Union leadership on the topic, but I can't imagine they're pleased with the pitcher's honesty. Meche has set a precedent and his decision could bring public scrutiny to other injured players in the future who collect fortunes while chilling out on the bench.

The real burden is now on the Kansas City front office. Meche's decision saves the Royals millions in 2011. Now that they've received a reprieve it is up to the KC decision makers to invest that money back into the team. Kansas City is widely believed to have one of baseball's best and deepest minor league systems. Whether they use the unexpected cash to continue building that minor league system or to add talent to augment the Major League roster, the Royals owe it to themselves, their fans, and Gil Meche to put that money to good use.