Who doesn't know it yet. 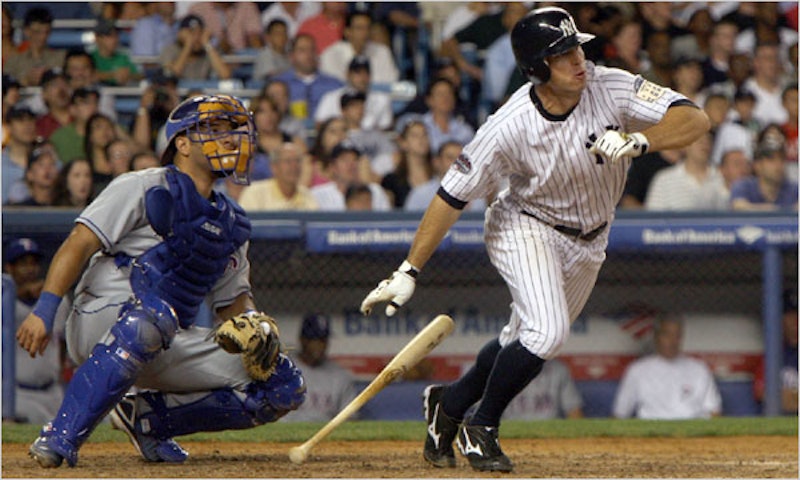 Carl Crawford, the Tampa Bay Rays All Star left fielder, is a free agent after the season. The general assumption is, like most premium free agents, Crawford has a fat deal and a cushy spot in the lineup waiting for him with the New York Yankees. Apparently no one has yet clued in Brett Gardner.

Gardner, a 27-year-old speedster, has patrolled left field for the Yanks most of the 2010 season. Coming into the year Gardner had a total of just 425 at bats over the last two seasons. He appeared to be nothing more than a stopgap for the soon to be pinstriped Crawford.

As the Yankees battle the Rays for the AL East title, it's safe to say they wouldn't be there without Gardner. Despite hitting in the number nine hole for a good portion of the season, Gardner has scored 87 runs (as of Sept. 17). He's also stolen 42 bases and posted an impressive .389 OBP. Gardner has developed into the perfect table setter for the powerful Yankee lineup. It will be interesting to see what the Yankees decide to do during he offseason. Will they continue their habit of collecting big names and throw millions at Crawford or stick with the homegrown Gardner and his bargain basement salary?

If the Yankees aren't the top suitor for Crawford then where will he play in 2011? My guess would be Boston or the North side of Chicago. The Red Sox outfield was hammered with injuries this year and the brittle Mike Cameron is a free agent at season's end. Crawford would bring much needed speed, defense and athleticism to the Sox lineup. The Cubs would also be an intriguing option. With Derrek Lee and Ted Lilly coming off the payroll, and the chance that Aramis Ramirez declines his 2011 option, Chicago could be flush with cash. Crawford could team with youngster Starlin Castro to give the Cubs a dynamic top of the order. One possible sticking point could be that Crawford, a left fielder his entire career, would most likely play center in Chicago. Marlon Byrd would shift to right and Tyler Colvin would move to first base to accommodate Crawford's arrival. The courtship of Carl Crawford (and Cliff Lee) will keep the Hot Stove league interesting.