Don't Bet Against the Texas Rangers in the Playoffs

All eyes are on New York, but Nolan Ryan's team could surprise the experts. 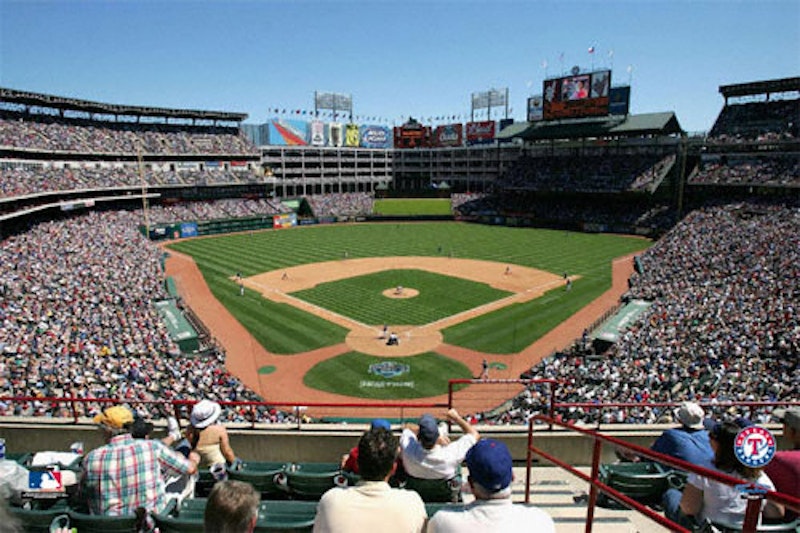 Concession: the New York Yankees have the strongest offense in the major leagues, supported by the fact that they have scored the most runs so far in 2010. But that won’t necessarily carry over to the upcoming playoffs. The Texas Rangers are the team with the most upside at the plate, and coupled with their pinball ballpark, they could rage in October.

Elvis Andrus, the team’s 22-year-old leadoff hitter and shortstop, is a spark at the top of the lineup. He ranks 10th in the American League in stolen bases with 30 and is hitting at a .273 clip. That batting average may appear so-so, but because his OBP is 80 points above it, he’s on base a lot. Michael Young remains the rock in the Rangers lineup, one of the most consistent MLB stars. Though his OBP is low, Young has belted 20 homers and scored 90 runs, which ranks ninth in the AL.  Josh Hamilton is the leading MVP candidate, and rightfully so, but if can’t return from his rip injury soon, then Texas could be in trouble. With a slash line of .361/.414/.635, he’s essential to the offense.

Vladimir Guerrero was a very successful offseason signing, and is the most productive DH in the AL. Arlington has treated him well, but he’s also hit on the road. Ian Kinsler, just off the DL, has had a power outage in 2010, but also sports a .294 BA. As long as he stays healthy, Kinsler will be a huge part of the October lineup. Nelson Cruz, the late blooming superstar, is also recently off the DL, but hasn’t missed a beat. In his last seven games, he’s hitting .344/.364/.578 with three homers to complement his fantastic season totals. Cruz is also a very clutch player, obviously essential for the playoffs. If Jon Daniels, Texas’ GM, is smart, he’ll sign Cruz to an extension right after the World Series concludes.

David Murphy, who’s riding a hot streak, and Julio Borbon make an effective platoon. When not starting, the speedy Borbon can be used as a pinch runner and defensive replacement in center field. Murphy can also play first base, which is a huge help for Texas, because they haven’t gotten steady production out of the position all year. Chris Davis, strikeout prone first basemen, has been a nightmare, not even hitting one homer in his 32 games played. Bengie Molina also isn’t going to do too much at the plate, but he’s not the worst hitting catcher in the league.

There are a lot of intangibles involved with this scenario, but if things go right for Texas, they’ll tee off on whomever they face.