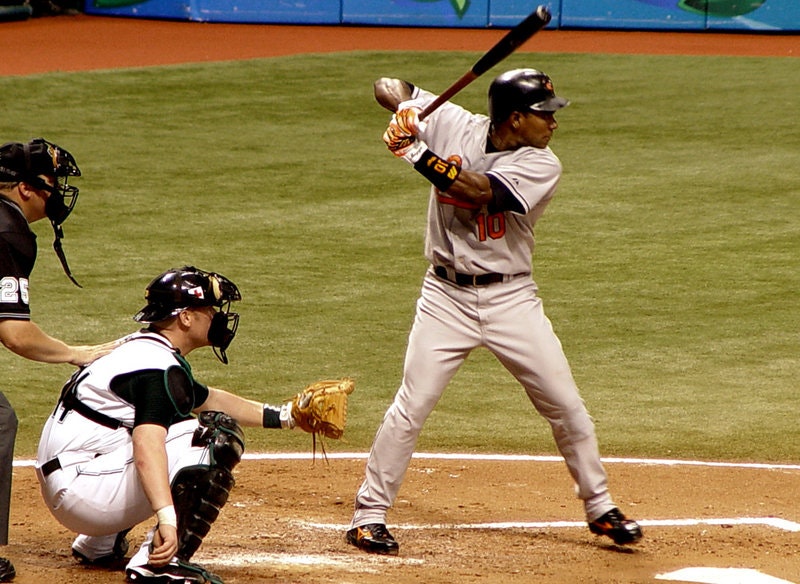 If, for whatever reason, you haven't been paying attention to MLB’s National League West division, you've missed a helluva pennant race. You've also missed Troy Tulowitzki hitting homers like he's in a slow-pitch beer league, Buster Posey putting a stranglehold on the NL's Rookie of he Year award, and a bunch of Orioles castoffs shining in their suddenly competitive environs.

Aubrey Huff's Giants and Miguel Tejada's Padres will face off in San Francisco this weekend to determine the division winner. The runner-up could still get into the playoffs as the Wild Card; currently, Atlanta has a half game lead over San Diego in that race. The Braves play at home against the Phillies this weekend. It’ll be interesting to see how Philadelphia’s manager Charlie Manuel plays the Atlanta series as his team has already clinched the division and sports the league's best record. My guess is Manuel sets up his rotation for the first round of the playoffs, but plays to win out of respect for the game and his opponents.

Huff has had a resurgent year for the Giants. After a monster offensive performance as Baltimore's first baseman in 2008 Huff slumped badly in 2009 and was dealt to the Tigers for a minor league reliever. Huff was even worse in Detroit hitting a paltry .189 with an Izturis-like OPS of .567. The Giant signed him on the cheap (one year, $3 million) and have reaped the rewards to the tune of 26 homers, 85 RBI and an .895 OPS. Huff's versatility has also been invaluable to the Giants, starting more than 20 games at three positions (1B, LF, RF). Huff and young phenom Posey have powered the Giants run for the pennant.

Tejada was liberated in late July when the Orioles dealt him to the Padres for reliever Wynn Pelzer. After struggling for nearly four months with the O's, Tejada was apparently reinvigorated by the San Diego weather and a competitive ballclub. Tejada already has more homers as a Padre (eight) than he did as an Oriole (seven). He's even back to playing shortstop and looking pretty good.

I mentioned Tulowitzki's absurd September stats. The amazing thing is that hitting behind Carlos Gonzalez and Tulo in the Rockies' lineup is former Oriole Melvin Mora. He's mostly a part-time player this season, but has recently assumed the everyday third base job. Mora has put up a respectable .288 average with seven homers and 45 RBI for the Rockies. Like Huff, Mora has played all over the diamond, logging time at 1B, 2B, 3B and LF.