This season’s draft day was a snooze-fest. 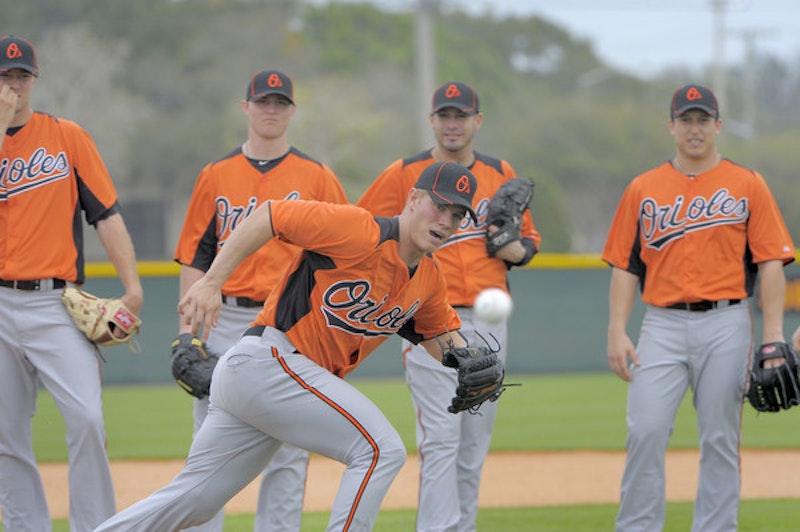 With the 2012 First Year Player Draft underway, now is a good time to reflect on last year’s historic class, especially in comparison to this season’s disappointing one. Overall, the 2012 draft, inaugurating the new, and incredibly limiting, Collective Bargaining Agreement, contains one of the thinnest groups of quality prospects in years. On the other hand, the 2011 class is looking even more promising then they in college and high school, and here’s why:

Gerrit Cole: The first overall selection (picked by the Pirates), Cole wasn’t the unanimous choice, but didn’t have nearly as many detractors as Mark Appel does. The only area of complaint for Cole, and granted, it’s a pretty big one, was performance. His season at UCLA, while still good, failed to live up to expectations. His 100 MPH fastball wowed scouts, but according to ESPN’s Keith Law, “the main attraction [was] actually his changeup, a grade-70 pitch today, 84-87 mph with great arm speed and a sort of hard fade that you don't often see.” In 57 high single-A innings, Cole has worked to a 2.68 ERA with a 2.95 K/BB. Look for that number to climb after he takes control of some command issues, which have led to an impressive, if not stellar, 3.00 BB/9.

Danny Hultzen: A surprise pick for the Mariners, who showed prescience in avoiding the promising, but very injury prone Anthony Rendon, Hultzen showed the most polish on draft day, but lacked the upside of other high first round selections. At Double-A this season, the lefty has thrown to an unsustainable 1.44 ERA, as his FIP, at 3.06, suggests regression is imminent. Even more concerning is the 4.33 BB/9, which will undoubtedly shrink with more work in the minors.

Trevor Bauer: My personal favorite in 2011, Bauer has proven that he has the ability to lead the Diamondbacks’ already impressive rotation for the rest of the decade. A common theme among minor league hurlers, once Bauer limits the number of walks he gives up, the right-hander will be a true ace. Antsy to arrive in the majors, he has pitched incredibly well through 73.1 minor league innings, which includes eight starts in Double-A and four in Triple-A.

Dylan Bundy: This famous teenager is currently outpitching those three former college aces, though. With the polish of a big leaguer, if the 2011 draft was redone, Bundy would be selected first overall without question. Mid Single-A proved to be too easy, as his 0.00 ERA in 30 innings pretty accurately reflected his actual performance. It’s easy to see why Law raved about him so much at this time last year, saying, “Bundy has stuff, command, and aggressiveness, and fewer question marks than any pitcher in this draft other than Gerrit Cole.” The Orioles, and their fans, can’t wait for Bundy to arrive at Camden Yards.