Jocks Have Feelings Too

The life and times of Dirk Hayhurst. 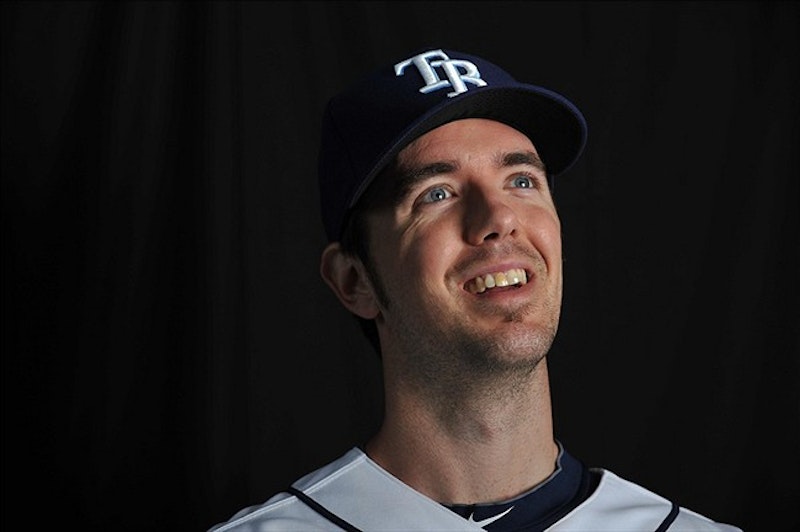 I read Dirk Hayhurst’s The Bullpen Gospels last spring and loved the book. It’s an easy read and broken into short, entertaining chapters. Hayhurst tells the tale of a minor league pitcher desperately hanging onto his big league dream. What no doubt started as a journal documenting varying degrees self-doubt and bullpen dick jokes evolved into the minor league version of Jim Bouton’s classic Ball Four.

I started following Hayhurst on Twitter (@TheGarfoose) a few months back. He was pimping his new book Out of My League, and I went all fanboy and pre-ordered a copy on Amazon. Out of My League picks up where The Bullpen Gospels left us, and also answers the question, What the hell is a garfoose? Hayhurst talks openly about the fleeting nature of success in professional baseball. He lays all of his insecurities and doubts on the table for readers to consume, holding nothing back when discussing his often troublesome family situation, his mid-20s virginity, and the social code of the locker room.

I found myself laughing on several occasions while reading OOML, most notably during Hayhurst’s recollection of a particularly entertaining conversation among the members of the Portland Beavers bullpen. Hayhurst breaks the mold of the typical jock. He’s not at all concerned with appearing to be macho or manly. He is unsure, insecure, and honest. It’s refreshing and a bit alarming.
OOML is a much a baseball book as it is a human interest story. There were times that I was shocked by the level of detail in which Hayhurst recounted conversations with teammates, most often using their actual names or some thinly veiled pseudonym. Whether he’s talking about his idolatry of Padres closer Trevor Hoffman, detailing his fumbling romantic encounters with his wife-to-be, or recounting painful and hurtful conversations with his parents, Hayhurst always makes for a compelling read. He often expresses concern and uncertainty regarding his career after baseball but a few pages of OOML will leave readers with the feeling that this cat is gonna be alright, big league vet or not.