Boston should only trade Kevin Youkilis for a decent return. 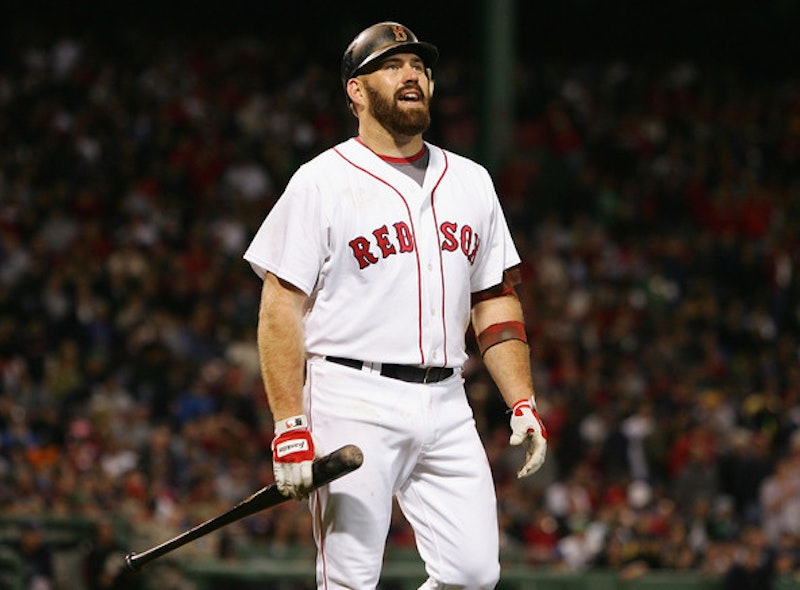 The Red Sox are in a tricky situation. Will Middlebrooks, a young third baseman, is killing the ball to the tune of .314/.340/.559. Kevin Youkilis, the veteran at the hot corner, has had a rough couple of years. Injuries have bogged the perennial on-base threat down to an ineffective defender without the consistent at-bats necessary to find a groove on offense. Take into account the clubhouse issues that have followed Youkilis from 2011 and it’s easy to see why the Red Sox are inclined to trade him. But simply dumping the veteran on another team to save a little cash is incredibly unwise, as he’s a proven commodity who could gain a large amount of interest during this summer’s trade deadline, which will be thinner with quality players than in years past. If Boston gives Youkilis an everyday spot in the lineup for the next six weeks, he’ll regain his swing, and markedly improve his trade value.

Technically, Youkilis would be more than a three-month rental because of his $13 million club option for 2013, but the high dollar figure suggests that any potential new club will likely decline it. Even so, rentals have proved to be valuable commodities in July. Carlos Beltran, who was dealt to the Giants last season, compares very well to the disgruntled third-baseman. Beltran, an injury risk himself, was also coming off a disappointing season and was connected to the final year of a large contract. To maximize their return, the Mets picked up the tab and shopped their right fielder around MLB. Eventually, after many calls and pleas for compromise by hopeful teams, New York received their desired man in top prospect Zack Wheeler, who now projects to sit atop their rotation in a couple of years, along with fellow minor leaguer Matt Harvey. Granted, who knows if this trade accurately speaks to the demand for Beltran, an aging yet still effective power hitter, like Youkilis, or San Francisco GM Brian Sabean’s stupidity. Regardless, this year’s weak market could lead to a bidding war between a number of contending teams.

With his offensive skills, including power, strong on-base ability, and a well above average hit tool, Youkilis also brings defensive versatility along with him. Injuries have hampered his gold-glove quality work (like that really means anything these days) at third-base, but he’s still more than serviceable at the position. Around the other corner of the diamond, where it’s not as physically demanding, he excels. If the Sox could simply put up with playing Adrian Gonzalez in right or left field then there would be no problem. Gonzalez, as far as TV interviews and newspaper blurbs suggest, doesn’t have an issue with the switch as long as it’s temporary. The team would lose an edge on defense, but in the long run, it would pay off.

Middlebrooks is no sure thing, either. Entering the season, ESPN’s Keith Law didn’t rank the young third-baseman on his annual list of the top 100 MLB prospects. Middlebrooks got the call to the majors because of his outstanding work at triple-A and Youkilis’ injury, and hasn’t shown any signs of slowing down. Drafted in 2007, the 23-year-old only started living up to his considerable promise last season, hitting very well across three minor league levels. It’s hard to tell whether Middlebrooks is a better option than Youkilis not just for the remainder of 2012, but also 2013. Boston GM Ben Cherington should commit to playing Youkilis every day and entertain only competitive offers for the veteran. Moving the righty as a salary dump would be a waste of an opportunity to capitalize on rare offensive depth.