Can some young prospects turn it around? 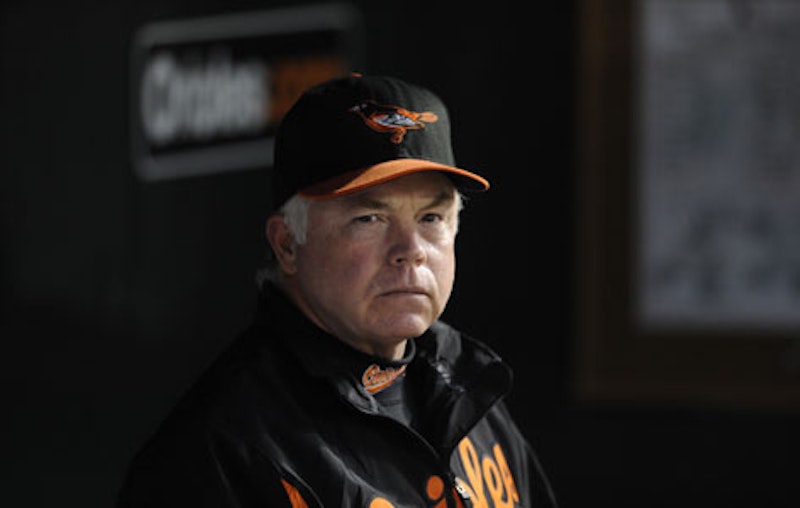 Despite a recent losing streak, the first two months of the Baltimore Orioles’ 2012 season has a been a success. The Orioles are clinging to their spot at the top of the AL East standings. Typically by early June Baltimore baseball fans turn their full attention to the amateur draft and hope for a brighter day. The Orioles selected LSU right-hander Kevin Gausman with the fourth pick in Monday night’s draft.

Baltimore’s had the fourth pick in the draft on numerous occasions, most recently in 2011 when teenage phenom Dylan Bundy was the O’s pick. The Orioles have also used the fourth overall pick in years past to select the likes of Brian Matusz, Adam Loewen, Jeffrey Hammonds, and Greg Olson. It’s clear that the fourth pick has been good to the Orioles over the years. In doing my pre-draft research I was once again reminded of the Orioles not-so-great draft moments. Recent busts like Matt Hobgood, Billy Rowell, and the oft-injured Loewen are just par for the course in a crapshoot like the baseball draft. Projecting the feats of teenagers onto the big league stage is tricky business; just ask the NBA.

The biggest draft failure of the Orioles, and one that has long haunted the franchise, was the class of 1999. The Orioles were a playoff team in 1996 and 1997. The team attempted to make another run post-season run in 1998 with some ill-fitting parts and failed miserably. GM Pat Gillick was in the last year of his deal and appeared to be on the way out. As the Orioles fell out of the pennant race they had the chance to deal upcoming free agents Raffy Palmeiro and Robbie Alomar for prospects. Ownership rejected the notion and the ballclub went full speed ahead into a disappointing fourth place finish.

Palmeiro and Alomar did depart as free agents and the Orioles were rewarded with eight of the top 104 picks in the draft, including seven first or supplemental round selections. It was the kind of potential draft haul that’s transformed the low budget Tampa Bay Rays into perennial contenders. Unfortunately, the O’s whiffed.

Of the eight players selected only Brian Roberts and Larry Bigbie saw extensive big league action. Roberts was a solid performer for nearly a decade before post-concussion symptoms robbed him of most of the 2011 season and all of 2012 to this point. He’s rehabbing with Double-A Bowie and could be on the way back to Baltimore sometime this month. Bigbie never developed into the high average, gap power hitter projected by draftniks. He played parts of six Major League seasons and finished with 31 career home runs and 137 RBI. The other six players selected by Baltimore at the top of the 1999 draft included Mike Paradis, Keith Reed, Scott Rice, Richard Stahl, and Jon Kessick. Like countless other before them they went from can’t miss prospects to trivia night fodder.

The Orioles’ run of 14 consecutive losing seasons has been fueled in large part by the organization’s failure on draft night. The class of 1999 is the most glaring reminder of those failures. As an O’s fan, I hope Kevin Gausman joins Dylan Bundy and Manny Machado in the effort to break the Orioles’ draft night curse.