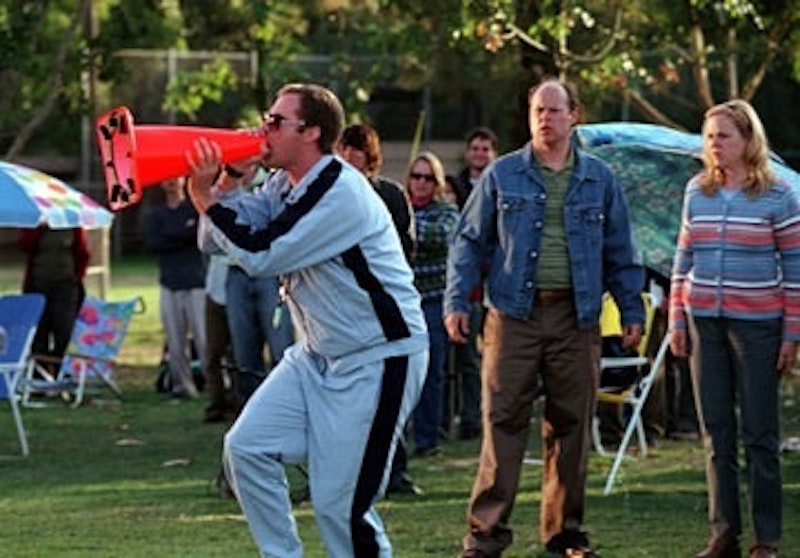 In two decades of parenting I have experienced the entire spectrum of sports parenting: from sideline stadium chairs to questionable coaching to snack lists and travel games and teams winning exuberantly or losing ungracefully. But after hundreds of games in a half dozen sports, I still can't seem to decide which I hate worst: the obnoxious coach or the obnoxious parent. Consider:

I’ve been fortunate in not encountering many asshole coaches (my kids have been pretty lucky) and therefore observed most of them on the other team’s sidelines. Screaming, ranting, jumping up and down—on one opposing team the coach actually physically grabbed the boys to readjust them to positions on the court. I was amazed. If a coach ever laid a hand on my kid, I would go completely native Philly on his ass and end up getting hauled out. On one soccer team I watched a coach play her child for the whole game, leaving many kids to sit on the bench for entire games (that we had to travel hours to attend), which they lost. In rec league basketball this year, an opposing team’s coach called a time-out about 2/3 of the way through the game and both teams had to wait while he collected the star players who had played since the beginning of the game, and got them ready to leave—to go to their travel game. The “second string” players were then allowed to play the remaining minutes. Really? You’re all done with this rec game because you’re taking your eight-year-old superstars to their “real” travel game? And you’re stopping the game to do it. Wonder how those “second string” kids feel right now.

The main issue with a d-bag coach is that he or she takes the game far too seriously. All the yelling, and drawing strategic plays on dry erase boards, and excessive drill running are taking the game to a level of importance and stress that it really shouldn’t have when we’re talking about kids under 10. Teaching sportsmanship, improving skills, learning about teamwork and having fun all seem like more reasonable goals for a coach of a bunch of young kids learning a sport for the first time.

If there is someone screaming louder than the coach at a kids’ athletic event, it’s a parent. These are the people who comment on every single play of the game, whether it involves their kid or not. The poor kids out on the field/court/ice are forced to listen to the yelling of one or more coaches, potentially their own parent and other parents? Kids should be able to hear their coaches, and not have to do it through the screaming and ranting of a bunch of parents who are apparently overinvested in winning games. What are the chances that your little soccer player is going to go on to play for Team USA in the 2024 Olympics after their full ride to college on a soccer scholarship, here, Mom and Dad? They’re slim. Most of these kids getting screamed at might not even want to play in high school much less go on to spend their lives being a professional soccer player.

Like the d-bag coach, the hyperactive sideline parent takes the entire thing too seriously. What ever happened to letting kids be kids? Nothing at all wrong with kids playing sports, don’t get me wrong. My son plays three sports and I’ve seen his confidence grow and he’s happy playing, which is all that matters to me. I don’t yell from the sideline because I think nothing good can come of that (and in his baseball games, I’m too busy keeping score.)

Nothing is worse than seeing an epic showdown between a douchebag coach and a douchebag parent; they’re inevitable interactions and I always feel like I wish I had popcorn to watch from my quiet stadium chair on the sideline. Nobody even seems to remember that the kids are watching, too.