The Chicago White Sox Are Adrift

Kenny Williams is more of a sideshow than a general manager. 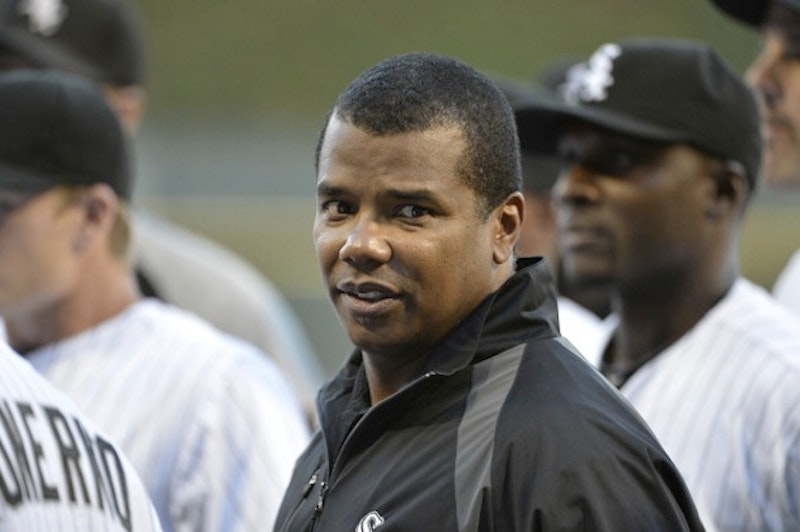 White Sox GM Kenny Williams is an enigma. More than any other executive in baseball, you never know what’s going on in his head. There’s a cause-and-effect here; Chicago’s been an unusually volatile team over the last decade. Every time a rebuilding phase seems like the next logical step, Williams surprises everyone by trading for a Jake Peavy-type player. When the club is actually winning, Williams sits back and lets them unravel rather than make well-timed, helpful acquisitions.

This may make Williams appear like an abysmal general manager, which isn’t true. He’s certainly a bad GM, but not worse than a lot of his peers. This offseason, for example, was a predictably weird one. The Chi-Sox re-signed Peavy to a team friendly contract, which looked good at the time, but did little else in terms of improving the team, aside from signing Jeff Keppinger, who has been worth a total of -1.4 fWAR. Did Williams expect to win with basically the same team, albeit one year older, he had in 2012? Kenny, if it didn’t work in 2012 (they got quite lucky last year, too), it’s pretty obvious it’s not going to work in 2013. The White Sox are currently several games under .500, so if history is any indicator, they’ll be buyers at the trade deadline.

Really, though, if Williams were smart, he’d finally commit to a full rebuild. His farm system (per usual) is a complete mess, barren of any talent from the low minors up. The major league team has a few valuable pieces, too, who contending teams would be interested in. Alex Rios, for example, is—shockingly—playing well for the second year in a row, debunking his every-other-year status. The outfielder, who has 11 home runs to go along with a .286/.344/.490 slash line, would be one of the more coveted players at this summer’s trade deadline. Peavy would have fetched a decent return, too, before his injury, but now the Pale Ho’s will likely have to wait until the winter to unload him for a quality package of minor leaguers.

Aside from those two, the bullpen is the only other area of depth that Williams could thin out without compromising the future. Jesse Crain, who’s a free agent after the season, has been one of the most statistically dominant relievers this season. Relief pitchers are always overvalued at the deadline, and, if played correctly, Williams could get quite a return for Crain.

Actually, I’m surprised Kenny Williams hasn’t been fired yet. The fact that he always has a depleted farm system, his unpredictable nature, and the lack of recent winning seasons in Chicago must make it hard to be a White Sox fan.