Its detractors have a hidden agenda related to money. 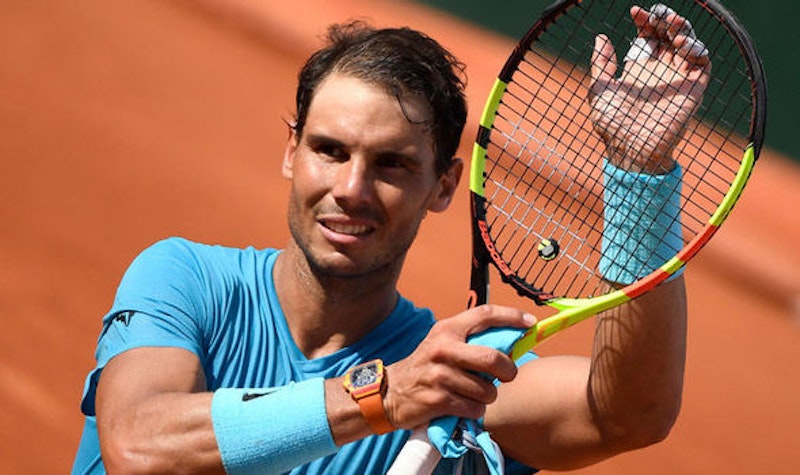 Young Austrian star Dominic Thiem bageled defending champion Rafael Nadal in the first set of a quarter-final battle last week at the U.S. Open that ended up going all the way to a tiebreaker in the fifth set. The match lasted four hours and 49 minutes, concluding at around two a.m. That’s pretty late to stay up for a sporting event, but it was worth it because it was one of the greatest I’ve ever seen. Nadal recovered nicely after his first set shellacking, winning sets two and three, and then dropped the fourth to give fans one of the biggest treats in the game—a fifth set decider. The level of tennis on display was so spectacular that that neither player deserved to lose.

When Nadal finally won, I reflected on a small but strident bunch of tennis insiders who’d like deprive connoisseurs of the five-set match. While the best-of five-sets was the standard format the men’s game for many years, things have changed and now it’s only used in the four Grand Slam tournaments each year—the Australian Open, the French Open, Wimbledon, and the US Open—which seems a fitting way to carry on a tradition in the sport. If you want one of those titles, you’re going to have to win the old-fashioned way.

But the naysayers, who have little appreciation of tennis history, won’t be satisfied until the five-setter’s buried completely. For various reasons, some of which they’re disingenuous about, these heretics are insisting that every pro men’s tennis match be decided in the best-of-three format, just like in women’s tennis. A full-blown tennis controversy’s broken out—it’s the traditionalists versus the “progressives,” and it’s far from friendly. This one’s reminiscent of the Colin Kaepernick national anthem brouhaha in the NFL—bad blood on both sides.

The would-be tennis tinkerers point to injuries connected to five-set matches, and say they run so late that the kids can’t stay up late enough to watch them, but only two of the four major tournaments in question hold night matches. It’s true that even many adults couldn’t stay up until Nadal barely slipped past Thiem, but the U.S. Open officials could easily fix that situation by scheduling matches earlier, if that was a concern of theirs. Anyway, beware of anyone bringing “What about the kids?” into an argument—they’re not to be trusted.

There’s no serious injury trend that can be pinpointed to five-setters. Roger Federer has played every Slam tourney since 2000, Novak Djokovic’s streak dates back to 2005, and Andy Murray has missed one major since 2008. Rafael Nadal has missed five of the last 45 majors, but that’s mainly a factor of a physical style of play that’s so hard on his body.

Tennis legend Billie Jean King’s a vocal opponent of the five-set format, claiming that she wants to see quality over quantity, as if the two are mutually exclusive. I assume she’s not referring to Nadal’s five-set 2008 victory at Wimbledon over Roger Federer that’s generally considered the greatest tennis match ever played. Fans want more tennis, not less, especially at the Grand Slams, which is why you often see them cheering the player who’s fallen behind. The holder of 12 Grand slam singles titles and founder of the WTA also said, “All the women are willing to play three or five sets,” but that’s not really the case and that’s not what she’s pushing for.

You can get to the bottom of this one in the usual way—follow the money. Since 2007, men and women players are paid the same at Grand Slams and some other tournaments, which is more a matter of politics than a reflection of the marketplace. When women play in women-only events, they’re paid significantly less than men in similar sized men-only tournaments because they generate smaller audiences and less revenue.

Women are the financial beneficiaries of the combined tournaments (men and women) because they’ve lobbied successfully for “fairness” in pay, even though attendance at men’s matches is significantly higher. But as their advocates push for equal wages with men for every tournament—not just the Grand Slams—they’re constantly reminded that men have to work harder for their money. Compare Rafael Nadal’s yeoman’s effort to reach the semi-finals to female player Naomi Osaka’s breezy 6-1, 6-1, 58-minute quarter-final win over Lesia Tsurenko, who won $475,000 for barely breaking a sweat, the same amount Nadal won.

The strategic response is push for limiting the men to three-set matches under the pretense of that you want this because it would improve tennis quality, reduce injuries, and solve the late-night issue. Both sexes doing the same job would eliminate one of the major arguments for paying men more. Billie Jean King said, "Personally, I don't want the men playing five sets anymore. I think it takes too much out of them.” It’s odd that someone who focuses almost exclusively on the women’s game is suddenly concerned with the male players’ health, and that she feels it’s appropriate to use her stature to attempt to dictate to them how to preserve it by taking something away from them.

A look at who’s attacking the five-set format tells the entire story. King’s a women’s tennis activist, whose claims can’t be taken at face value. Deadspin, a woke media outlet, ran an article saying that people clinging to the five-setter are “weenies.” Then there’s The New York Times’ tabloid-style tennis writer, Ben Rothenberg—who once stoked a Twitter mob against former ESPN announcer Doug Adler by falsely implying he’d made a racist statement—who tweeted that men like the best-of-five format “because of an antiquated format they cling to to prove how manly they are.”