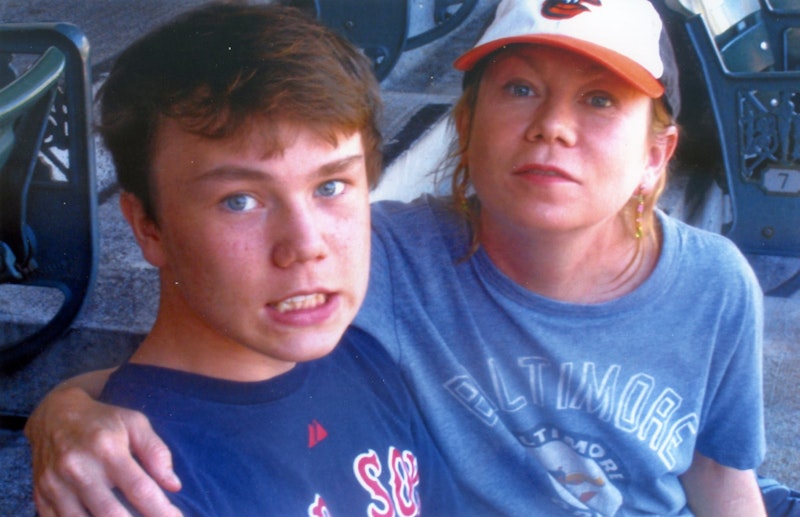 As a Red Sox partisan who’s looking forward to the playoffs next week—although I’m not optimistic Boston wins the ALDS with such a rickety bullpen—it’d be spiteful not to recognize all the fans of teams that didn’t make the cut. Since I live in Baltimore, I’m thinking right now of the dysfunctional Orioles, who’ve been unexpectedly putrid this season, compiling their worst franchise record since the team moved here from St. Louis in 1954. As I’ve made clear in previous articles, I can’t stand the O’s, mostly because they compete with the Sox in the A.L. East, but also because Gen. Buck Showalter is such an unlikable manager, his success with various teams notwithstanding.

Nevertheless, the incompetence of the 2018 Orioles came as real surprise, one that will, if the rumor mill’s accurate, cost Showalter his job. (It seems inconceivable today that just two years ago the O’s were in the playoffs, losing the A.L. wild card game, notable for Showalter not using his then-closer Zach Britton in extra innings. And even last year they won 75 games.) Which isn’t entirely fair (unless his players despise him) since Showalter’s not the one on the mound or in the batter’s box. A manager is usually just a hired hand—he makes in-game decisions, pumps up or consoles his charges, and holds press conferences after each game—subject to the general manager’s architecture of the team.

That’s why I’m amazed that Dan Duquette, admittedly somewhat hamstrung by a dictatorial owner (the elderly Peter Angelos, who resembles George Steinbrenner without all the pennants) whose family is now running the show. Was it Showalter who gave Alex Cobb an unnecessary four-year/$57 million contract during spring training? Whose responsibility is the financial burden of Chris Davis, a onetime favorite who’s now an embarrassment?

Yet, as a resident of Baltimore, a longtime strong sports city, I don’t like to see the sparse attendance at Camden Yards (a drop-off from 2,028,000 in 2017 to 1,494,000 this season, as of this writing), since that has a direct affect on the small businesses (bars, restaurants, retailers, etc.) that are in close vicinity to the stadium. A winning sports team, especially in baseball since the season is so long, is a welcome tonic for enthusiasts, and even the city as a whole, a diversion crime-ridden Baltimore could use right now. I’m not trying to be a William Donald Schaefer civic booster here, just throwing out some not particularly unique economic and cultural realities. And it’s a lot more fun at Camden Yards when there’s a huge crowd and buzz from the bleachers to the private boxes. As I wrote recently, I’ve been to just one O’s game this year—as opposed to a dozen or so in past years—mainly because the team’s so awful. I used to like it when the Yankees came to town and root for the home team, but what’s the point? (Pic above is my son Booker and wife Melissa—divided team loyalties—at Camden Yards several years ago.)

Last week, onetime Baltimore Sun sports reporter Dan Connolly wrote a long piece about the Orioles for The Athletic (a paywall outlet that many sportswriters have defected to in this age of newspaper-downsizing) that concentrated on the comments of Orioles veteran Caleb Joseph. Joseph, an unspectacular catcher, a role player, was blunt in his assessment of the team.

Acknowledging his own shortcomings, Joseph told Connolly: “I’ll tell you this. I’ve never seen sports teams survive seasons like this without people losing jobs, period. Players, you name it. It’s a privilege to be here, but you don’t lose a record number of games and not expect some retribution. Everybody. Every single locker in here should be thinking, ‘You know, I should be fired because I sucked. Period.”

Connolly continues: “Last week, Oakland Athletics first baseman Matt Olson observed all the empty seats at Camden Yards and asked Joseph, ‘Is it always like this now?’ Joseph said he answered frankly. ‘Yeah, Matt, we are terrible. Would you pay to come watch us play? I don’t blame (the fans) at all. I’ve been through really bad seasons in professional sports as a fan in Nashville. It’s not motivating. Of course, I don’t blame them at all (for not attending the game). We suck.’”

It made sense for Duquette (or whoever’s making the decisions) to trade superstar Manny Machado and Zach Britton on July 31 since they’re free agents after this year. I was surprised Jonathan Schoop was sent to the Brewers, but that’s tear-down mode. The Orioles, unlike the years long ago of Jim Palmer, Dave McNally, Mike Cuellar and Pat Dobson—and later Mike Mussina—have lost the ability to groom starting pitchers. Consider Dylan Bundy, who lost again Monday night, surrendering his 39th homer of the year, to go along with a 5.49 ERA. If he were traded to another team, he’d likely be a star, much as Jake Arietta became after leaving the O’s. Bundy’s a strikeout pitcher, but is obviously receiving poor coaching in Baltimore. Ship him to the Astros, A’s, Nats or Dodgers, say, and he could win a Cy Young award.

Unlike, say, the Tampa Bay Rays (a far more creative team), the O’s have money if their wealthy owner is willing to spend it. But as long as the Angelos family is in control, I doubt that happens.