The Birds need a stable rotation and Scott Feldman is not the answer. 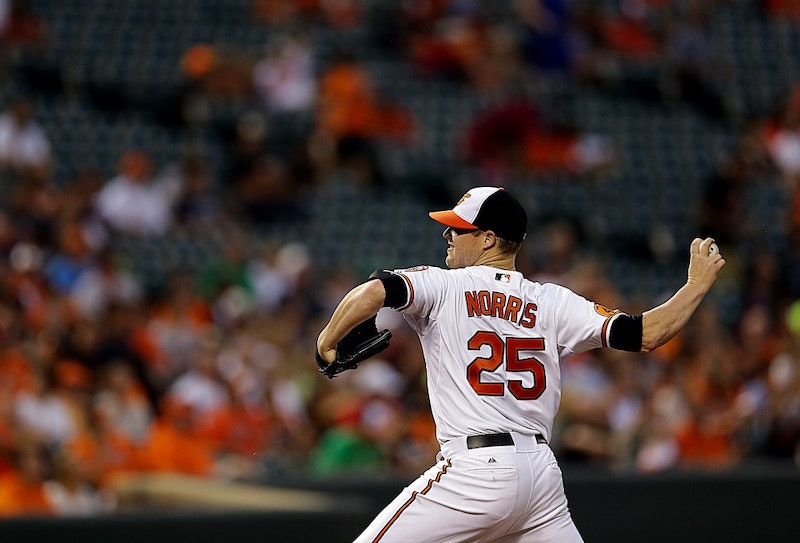 The Orioles continued to surprise me this year. I was dumbfounded during their playoff 2012 season. I had to eat my words once they actually, miraculously, made it to the ALDS. Entering 2013, I thought they had no chance of keeping up with the rest of AL East. Again, though, I was proved wrong. The team’s offense is real. Their pitching, however, is real bad.

And remember, O’s GM Dan Duquette will have to compete with:

The New Red Sox Dynasty: Xander Bogaerts, Jackie Bradley Jr., Garin Cecchini, and all of their young pitchers will emerge as the future of the club.

The Rejuvenated Yankees: Pundits are writing them off. People forget that they won 85 games in an injury-riddled season.

The Consistent Rays (how do they do it?): GM Andrew Friedman will always find a way to win. Trading David Price this offseason will certainly give the team a boost. If Friedman received Wil Myers and decent prospects for James Shields, imagine what he’ll get for the 2012 AL Cy Young winner.

The Blue Jays (with a chip on their shoulder): Could they be the Red Sox of 2014? The Jays were so hyped going into the season. They were bound to disappoint. With a few shrewd acquisitions this winter and a couple of rejuvenated (maybe the pitching staff will actually live up to its potential?), the Jays could be a threat. Never underestimate GM Alex Anthopoulos.

Right now, Baltimore has a slew of crummy starting pitchers. Wei-Yin Chen and Chris Tillman are the decent ones. As long as Chen can stay healthy, he’ll put up serviceable numbers for the team. Solid #3’s are more valuable than most people think. Tillman actually has some upside. The O’s have promoted many highly touted pitching prospects in the last few years, but Tillman is the only one who’s shown extended success at the major league level. Bud Norris, a puzzling mid-season acquisition, had a strange two months with the O’s. His K/9 spiked to 10.13 upon arriving in the AL, but his BB/9 also rocketed upwards. The overall results were not good. He posted a 4.80 ERA and 0.8 fWAR in the 50.2 innings he pitched for the club. Expectations for 2014 should be tempered. Miguel Gonzalez, a sort of Cinderella story for the team, should be moved to the bullpen and used as a reserve starter in case of injury.

That means Duquette needs to fill at least two holes in the rotation. Owner Peter Angelos’ frugality will prevent them from signing any big name free agents like Matt Garza or Ervin Santana. That’s fine, 2014’s crop of free agent starting pitchers is weak anyways. Duquette needs to target buy-low one-year rentals. Players like Dan Haren, Josh Johnson, Shaun Marcum, and Roy Halladay (who would’ve ever thought the O’s could afford the Doc?) are incentivized to perform well. They’re all coming off down seasons and are capable of putting up huge numbers. This move is risky, but it’s certainly better than relying on in-house options.

Duquette wants to compete in 2014, obviously, so he’s going to have to be active this offseason. O’s fans can’t count on another Crush Davis emerging out of nowhere.