Skip the Beards: Sox Over Cards in World Series

Facial hair didn’t get Boston from worst to first. 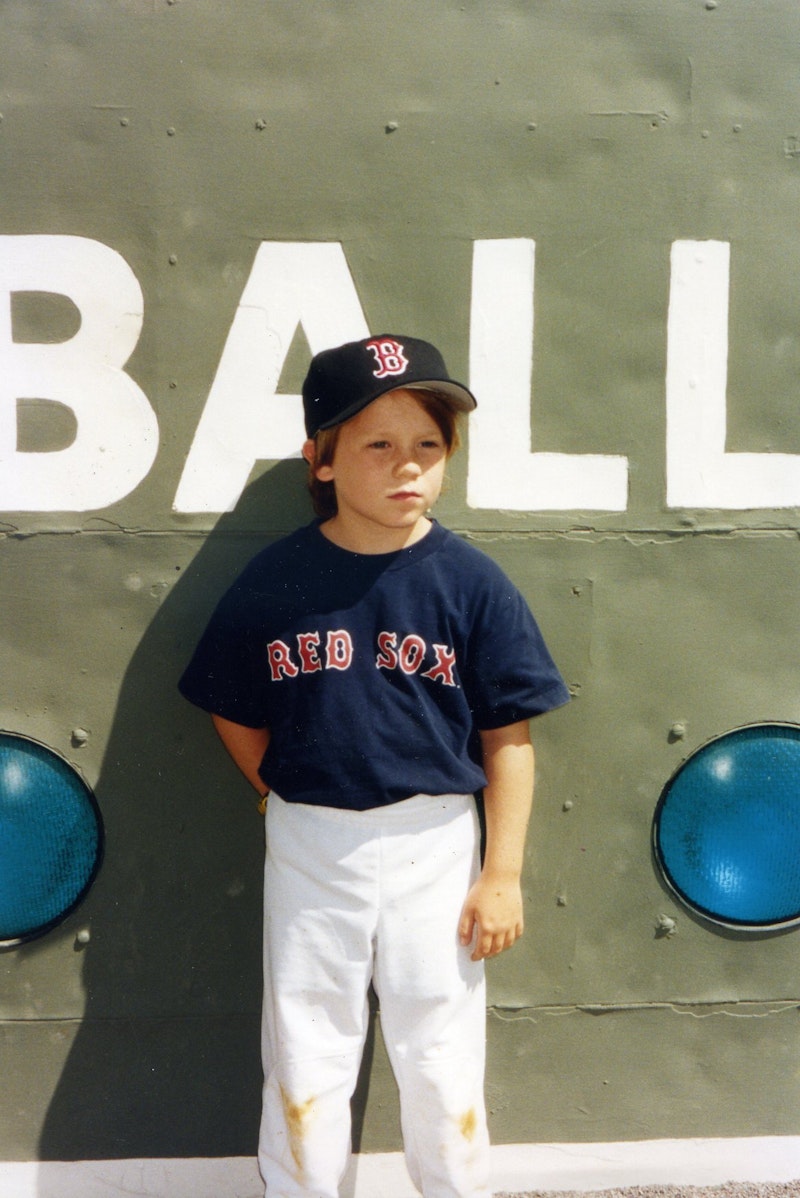 Last April, prior to baseball’s Opening Day, in the glow of “anything’s possible,” I predicted to my friend Rick that the Boston Red Sox would win 88 games. Rick laps me by two or three years, so his preternatural Sox pessimism is that much further advanced, and he countered with an “optimistic” 82 wins. As the season progressed, and the Sox remained at the top of the A.L. East, we both agreed that the team had been lucky, and their tally of victories was “hollow.” Even when Boston led the East by nine games late in September, we took nothing for granted, and each time a middle reliever experienced a consequential implosion, we’d cross texts, both writing, “September collapse?”

So here we are: tonight Jon Lester, the maddening almost-ace of the Sox takes on the Cards’ dominating Adam Wainwright at Fenway Park for the first game of the World Series. Throughout the playoffs, it was common for jubilant Sox fans to claim that, considering the 2012 last-place finish and ’11 collapse, just getting to the playoffs was remarkable, and any further progress would be “gravy.” Nuts to that, I protested, I wanted some roast pig or walrus with the gravy: given the length of a baseball season, the inevitable injuries and bum performances from star players, you never know when your team will be in the Series again.

Aside from the opportunity to capture a third championship in the past nine years—I still shake my head when writing those words—there are other pleasures as well. First, Bud Selig and his MLB minions must’ve plotzed when the Los Angeles Dodgers couldn’t knock off the Cards in the NLCS, snuffing out a TV ratings bonanza. It could’ve been worse, say, Tampa Bay vs. Pittsburgh, but no L.A. and Yasiel Puig had to suck for Commissioner Bud. Second, that the Yankees didn’t even make the playoffs was psychically rewarding: one can only hope that their aging roster is entering a decade in purgatory like the blessed years of 1965-75, when Roy White, Fritz Peterson and Horace Clarke were the franchise’s “faces.” Not likely, given today’s bounce-back ability for any team with either money or a shrewd general manager, but daydreams are one of life’s pleasures.

Major negative? FOX’s tandem of Joe Buck (who’d rather be “analyzing” a sixth-grade football game than a mere World Series) and the sad shell of Tim McCarver, who has to correct himself on every other cliché that comes out of his yap. During the ALCS, rambling on about Tigers’ catcher Alex Avila, who was cuffed around—as if he’s the only backstop who gets beat up daily playing the game—McCarver estimated that during his own fine career he must’ve suffered 50 or so concussions behind the plate. I felt a bit unkind, talking to my son, saying, “No wonder the guy’s such an awful broadcaster,” but the mild remorse lasted only until his next mistake. A minute or so.

I don’t follow the National League much, save for the Nats, so I’m not too familiar with the Cards, save Wainwright (a mainstay of my son’s fantasy team), Matt Holliday, Carlos Beltran, Yadier Molina and rookie sensation Michael Wacha. And now that Tony LaRussa’s gone, I have no animus against the team; besides, the fans in St. Louis just seem… so nice. After the Sox swept the Cards in ’04 on the road, the red-clad spectators cheered for the victors. That just wouldn’t happen on the East Coast.

At the risk of jinxing the Sox, my money says they’ll win in seven, sort of a default guess, since it’s kind of a mystery Series. I think Lester, John Lackey, Craig Breslow, Shane Victorino, Big Papi, Dustin Pedroia and, of course, Koji Uehara, come up big, and Beltran is neutralized. That said, I’m sure if the Cards take a 3-0 lead by the fifth inning tonight, Rick and I will each text, “Season’s over.”

I haven’t read many pre-Series stories—my eyes glazed over this morning looking at ESPN’s 747 “experts” making their predictions—except for a few in the Boston Herald (much better Sox coverage than the Globe). I found out that the talented but fragile Clay Buchholz may be injured again: what a surprise, he makes the oft-sidelined Jacoby Ellsbury look like a Boston Bruin in comparison. But I did like Jason Gay’s preview in The Wall Street Journal two days ago, and he had the sense not to offer any bet on the outcome. His conclusion was almost perfect: “This World Series will not offer a halftime show. It will not deliver a title to a city that’s never had a ring. There is no desperate fan base, no easy David vs. Goliath narrative. But it’s good and lively and intriguing. And it definitely needs a razor.”

I say “almost perfect” because I’m bored to tears about the Red Sox beards that’re the peg for every slothful baseball reporter in the country. Yes, a lot of the Sox have beards and they continued to grow as the team kept winning. Superstitions. So what? It’s not like the Sox are nearly as rambunctious as the Oakland A’s, a team of baseball outlaws who play in a dump, have no money to spend, but continue to remain competitive. And, as far back as the Charlie Finley era, the A’s have skirted around the fringes of the sport. Beards? Bah, Josh Reddick grows a Rip Van Winkle number an hour after lathering up in the morning.

Gay’s an ace sportswriter, and I especially liked his accurate reference to the onetime “midsummer classic” as an “All-Star pie-eating contest.” But he fell victim to the beard trope, writing that the Sox will play as hard as they can, so long as you “ask them never to shave again.” And worse: “[S]ince Opening Day, these unassuming Sox have won and won and won. And not shaved and not shaved and not shaved. Those beards became bewitching.” Frankly, I don’t find it “bewitching” when full-bearded Mike Napoli, aka Ralph Kramden, comes to the plate with the bases loaded and inevitably strikes out.

Enough nit-picking, for Gay delivers the best paragraph I’ve read about the Red Sox all season: “Late innings in Fenway are supposed to resemble a hospital waiting room—all pursed lips and anxiety. Now it’s just a party. Good things are expected. It feels like David Ortiz has been walking around in champagne-blocking ski goggles since June.”

I jiggle worry beads when watching Sox games, even in the ninth with a four-run lead; that’s just my nature as a distressed fan who clearly remembers ’67, ’75, ’78 and especially ’86. By contrast, my son Booker, 19, has seen the Sox take it all in ’04 and ’07, pretty good for a squirt. In fact, although he praises the Cards as the best-run organization in baseball, Booker says Boston prevails in five or six games. I travel with the kids.