The 2020 Red Sox Landed on Boardwalk With a Hotel

No sweat, I’m happy there’s an MLB season, goofy as it is. 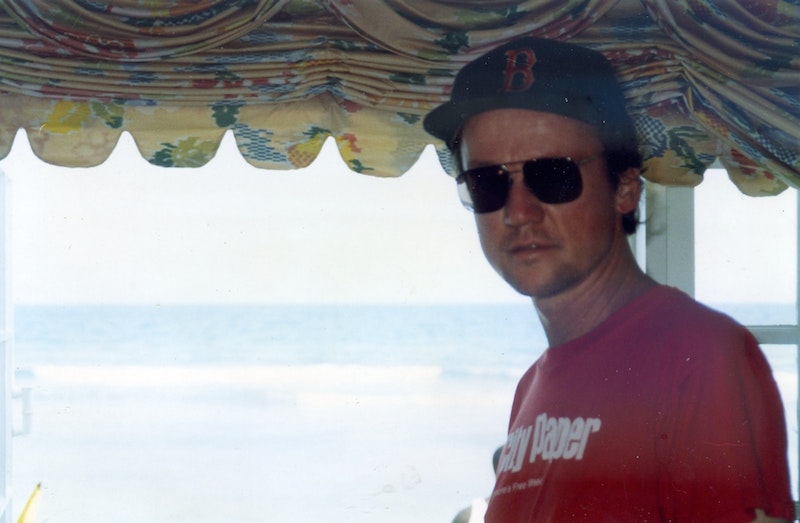 It was around 11 p.m. last Saturday night and the Red Sox had just blown a lead in the 10th inning, with trade-bait reliever Matt Barnes allowing the better team this season, the Orioles, to walk-off with a 5-4 win. I talk to myself—whether it’s over the political inanities of NPR when in the car with my wife; perfunctory sympathy from Today show hosts or “reporters” when breathlessly describing the hardship of this or that pandemic casualty (people sick, out of work or fretting about school openings/closings) and then, presto, moving on to an “awesome” new taco recipe; cursing the clogged pipes in the basement that caused acute back pain from dumping the water vacuum; thinking there’s a worse fate than having the Stones’ live cover of Bo Diddley’s “I’m Alright” from the pre-“Satisfaction” days stuck in my head; or on the street in Baltimore’s Charles Village when I see panhandlers asking for change, but not wearing a mask, which is a pretty dumb way to gets passersby to dig into their pockets—and when flipping the channel, I said to the inanimate rooster sculpture that has a tray for my phone and bottle of water, “Why did I waste more than three hours, taking away time from crucial re-watching of Murder City, just to see the Sox lose again?”

However, unlike a normal 162-season, when it takes me sometimes 45 minutes to digest a Sox loss (punctuated by rapid-fire texts with my longtime friend, and Bosox fanatic, Rick Gilberg), I packed it away in five minutes. Took out the garbage, unwrapped a late dinner of a chicken salad wrap from Bella Roma’s, checked on my son Booker’s fantasy MLB team, and switched on the Kris Marshall/Amanda Donohoe aforementioned Murder City. The way I figure it—and not all Sox fans are so complacent—watching any baseball this summer is a bonus, and if my team sucks worse than any other Red Sox squad since pre-1967, well, paraphrasing Johnny Cash again, I guess things just happen that way. I did get into a brief text exchange with Booker (a Sox diehard who saw the team win its first World Series since 1918 when he was 10; I was 49) over the moves Boston GM Chaim Bloom might make, after smartly trading relievers Brandon Workman and Heath Hembree to the Phillies.

One of the few highlights of Boston’s abbreviated season is watching Alex Verdugo, the showboat 24-year-old Mexican-American (his colorful mitt represents the Mexican flag, and his cleats are inscribed with “Big Papi”), who can not only fly on the basepaths but can also hit and field. Verdugo came from the Dodgers with the touted prospect and unfortunately-named Jeter Downs in the Mookie Betts/David Price salary dump earlier this year. (I loved Betts, too, but unlike so many Sox fans, realized owner John Henry had to get his finances in order, re-set the luxury tax for next year, and keeping Mookie would’ve prevented that.)

Anyway, Booker, reacting to the scores of trade rumors, like we all do, said he’d swap Verdugo in a second if the very strange Cleveland Indians put starting pitcher Mike Clevenger—another “character issues” guy—on the market. I blanched at that, preferring the Sox use catcher Christian Vasquez (who, surprisingly started hitting, with power, last year, in addition to his usual stellar defense; at least when he’s paying attention) as bait, but what the hell, if Verdugo has to go, I won’t lose much sleep, since the Sox have a real chance at being in the hunt next year if they can assemble a decent pitching staff. Also mentioned in a Clevenger deal is Andrew Benintendi (currently on the IL), who got off to a horrendous start this year, but is a talented outfielder and, when not waving at pitches out of the strike zone, has one of the, as sportscasters say, “prettiest swings” in baseball. I’d prefer they let Beni go, along with a prospect, and keep Verdugo.

As far as this goofy 60-game season goes, I’m happy it’s on, and as long as the Yankees—one of the joys of this summer is watching New York players hit the IL with regularity—don’t win the asterisk-affixed World Series, all’s fine. I’d like to see the A’s win it all (though it’d be typical for Billy Beane to finally get his ring in an anomalous season), or the Orioles, which would, at least in sports, be as symbolic for gloomy 2020 as anything else I can think of that doesn’t involve pandemic deaths, riots, woeful unemployment and non-online commerce mostly in a fatal funk.

I was reminded, upon looking at some printed articles on my desk, that 1986 Red Sox manager John McNamara passed away last month at 88. Fortunately, the Red Sox’s success in the 21st century has taken away the sting of that World Series loss to the Mets, but I’ll admit I was way more pissed at McNamara for shoddy managing than the unfairly-maligned Bill Buckner, whose muff on a grounder was simply the dagger in that sixth game when the Sox were one strike away from breaking the Curse.

Red Sox fans have their lowest moments etched in memory; for some it’s the Aaron Boone home in 2003 in the ALCS (small beer to me, and I felt bad for Tim Wakefield); others the Bucky Dent playoff game in ’78 (my friend Rick was at Fenway for that game, and coincidentally shared an awkward elevator ride after the game with Yankees owner George Steinbrenner); and fans older than me wince at the chance in ’75 to beat the Big Red Machine. (I was in college then, 20 years old, and while the Fisk homer in that Series was thrilling—and for the Sox fans at the campus bar_, baseball wasn’t my top priority.)  I think everyone agrees that the ’67 Impossible Dream season was gravy. But for me, ’86 was the nadir (one of my brothers, whom I’d already spoken to earlier that day to wish him a happy birthday, called at midnight to rub it in, which was on the rude side!), and I was convinced that I’d never see, even if I lived to 107, a Sox Series win.

That was an active—until the Sox collapse in the Series, losing the seventh game to the Mets—and fun October for me. My weekly, City Paper, was profitable, after a long gestation from its start in 1977, the Red Sox came from behind in dramatic fashion (thanks, Dave Henderson, RIP Donnie Moore) in the ALCS against the Angels, and Baltimore had a bunch of new and very good restaurants. I went up to New York for the third Mets/Astros playoff game at Shea, and along with three of my brothers and one nephew, we got snockered at the game and chanted, like most of the crowd, “Lenny! Lenny!” after future felon Lenny Dykstra hit a walk-off homer. Cheering on the Mets, in immediate retrospect, was probably a curse in and of itself.

The next morning, I took a seven a.m. Amtrak back to Baltimore, really worse for wear, and perusing one of the many newsstands, came across the first issue of Spy magazine (which now sells for $550 on eBay), which blew me away. It was a fertile time for media, but the Kurt Andersen/Graydon Carter creation was a revelation, and I wrote about the temporarily anonymous mag for the column RUMP in City Paper, that I wrote along with Michael Yockel and Phyllis Orrick. But that’s a story that deserves more time, and I’m short right now, since there’s a Sox game on the tube, against the Jays in their temporary Buffalo home field.