The good athletes do it in youth baseball and high school, but it's rare to see in the pros. 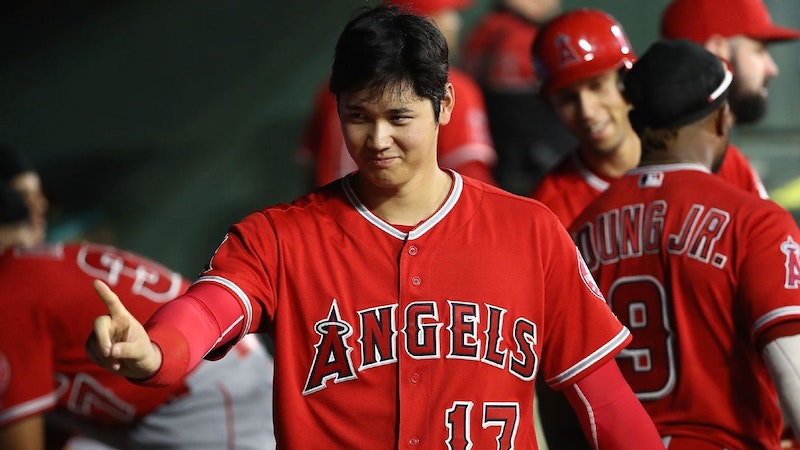 Most major league baseball athletes are a position player/hitter or a pitcher—not both. Although this was more common in the early days of baseball, with people like Babe Ruth finding success as both a pitcher and outfielder before going to the outfield full-time, it's a concept that may be in danger despite a small uptick in recent years.

The Los Angeles of Angels have one, but it's unclear how long they will keep up the experiment after this year. Shohei Ohtani was a highly-touted prospect playing in Japan who drew comparisons to Ruth. When he came to the big leagues in 2018, he won Rookie of the Year, hitting over 20 home runs and a 3.31 ERA in 10 starts. However, he sprained his UCL during the season and kept DHing and was strictly a hitter in 2019. This year, he made two starts and got lit up both times (seven runs in 1.2 innings).

The Cincinnati Reds have relief pitcher Michael Lorenzen. A standout two-way player at Cal State Fullerton, Lorenzen has played the outfield in 32 MLB games over parts of six seasons and made six starts, including twice this year. With the universal DH in place though, he only has one plate appearance this year as of September 4, down from 53 last year. He’s a .235 hitter with a .284 OBP, seven home runs and a .716 OPS in 146 MLB plate appearances, including 29 pinch-hit appearances.

The Tampa Bay Rays selected Brendan McKay fourth overall in the 2017 MLB Draft in hopes that he could do the same. He made his MLB debut last year and had a 5.14 ERA in 13 games (11 starts) and went two-for-10 at the plate with a home run (made on DH appearance). Five of the seven games where he hit were American League games. However, this year McKay tested positive for coronavirus and underwent surgery on his left shoulder, so it's unclear what the Rays plan to do with the 24-year-old in the future. Maybe they’ll take a more conservative approach to limit his injury risk.

In 2017, the San Diego Padres’ oddly-composed Opening Day roster also featured a two-way player: Christian Bethancourt was one of the four catchers on their 25-man roster and was a relief pitcher. However, after he got one hit in seven at-bats and surrendered nine runs (six earned) in 3.2 innings while walking eight batters (14.73 ERA), the team sent him to Triple-A. They had enough catchers already. Also, he didn't fare much better pitching in Triple-A, posting an 8.21 ERA in 34 games. Before that season, he had spent parts of four years in the big leagues as a backup catcher.

Earlier in the 2000s, however, there was a little more success with two-way players. Former Milwaukee Brewers outfielder/pitcher Brooks Kieschnick is a prime example. Before catching on with the Brewers in 2003 and 2004, Kieschnick was a journeyman outfielder who never played 40 games in a season. However, he threw well for the Chicago White Sox Triple-A affiliate in 2002 (2.59 ERA in 25 appearances), so he got a shot on the mound as well as being a pinch-hitter for the National League club (Kieschnick made just three outfield appearances over those two seasons).

He had decent success for a team that won 68 games in 2003 and 67 in 2004. Combined, he posted a 4.59 ERA in 74 games when pitching and hit .286 BA with eight home runs and an .837 OPS in 144 plate appearances. It was the most productive time in his MLB career. Kieschnick wasn’t the only pitcher to make pinch-hit appearances in the 2000s. Three other National League starting pitchers did the same: Dontrelle Willis, Carlos Zambrano, and Micah Owings. In Zambrano’s case, there were some pinch-hit appearances in the 2010s as well.

Zambrano was the best pitcher of the three, finishing fifth in Cy Young Award voting three times while winning three Silver Slugger Awards. His career hitting stats don't stand out (.238 batting average, .248 on-base percentage, 24 home runs, .636 OPS in 744 plate appearances), but he hit six home runs in 80 plate appearances in 2006. That explains why he had 30 pinch-hit appearances in his career.

MLB implemented some rule changes for the shortened 2020 season, including a universal DH. That could make pinch-hitting pitchers obsolete if adopted in the National League for good next year.